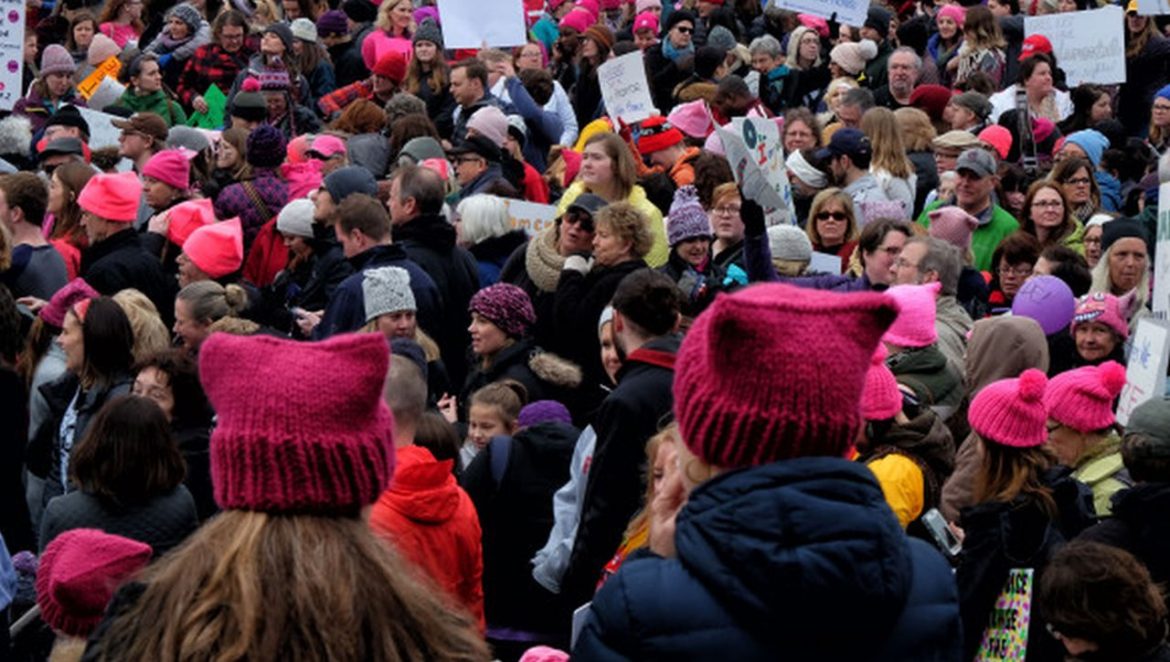 In feminist theory, the phallic symbol is often referred to as a cultural representation of images that are penis-like, to represent power and dominance. On the flip side, they argue that the vagina is seen as passive, dirty, and inferior.

In this article we’ll take a closer look at this feminist theory, compare it to actual cultural realities, and show that feminist cultural phallocentrism theory is not only incorrect, but it actually represents the opposite of our real cultural reality.

“In psychoanalytic theory, the phallus serves as the supreme symbol of masculine power and, concurrently, of feminine lack. “Phallocentrism” is a term used primarily by feminist theorists to denote the pervasive privilege of the masculine within the current system of signification.”

In fact, this theory is so pervasive throughout feminism that one feminist, a professor at Mount Allison University named Leslie Kern, wrote a book called “Feminist City” that claims “toxic masculinity” is built into the very landscape of our cities. She believes that even buildings themselves are phallic symbols.

In her book, she quotes a female architecture professor who wrote in 1977 that skyscrapers were representations of “rape”.

“The office tower, [Dolores Hayden] wrote, is one more addition ‘to the procession of phallic monuments in history – including poles, obelisks, spires, columns and watchtowers’, where architects un-ironically use the language of ‘base, shaft and tip’ while drawing upward-thrusting buildings ejaculating light into the night sky.”

One would think that if the phallus – or penis – is truly considered a representation of power within a society, that the penis itself would receive special reverence by that said culture.

In fact, the penis would be revered as something sacred and holy – something that should be protected by all means necessary, while the vagina and womb would be dismissed as something unnecessary and dirty. But this isn’t the case.

The Vagina as Second Class

But first, let’s explore how feminists explain their case for the “vagina as second class” in their writings, and contrast those points with reality.

This is exactly the sort of world described by feminist writer Erin McKelle at Everyday Feminism in her article “5 Ways Society Breeds Vagina-Hate (And How to Combat It)”.

In this article, Erin claims society views the vagina as second class in the following ways:

1. Vaginas are used as insults.

Erin believes that because words like “cunt” is or “pussy” are used as insults, that this represents an overall cultural theme that the vagina is viewed as offensive, dirty, and insulting.

Erin ignores the fact that calling someone a “dick” is just as often used as an insult. Using her logic, this would mean society equally views the penis as offensive, dirty, and insulting.

2. Vaginas are (seen as) passive and ugly.

Erin claims that insults such as “Fuck you” or “Go fuck yourself” place the person “receiving” sex in the inferior and passive role, and the one to be shamed.

Nevermind that the vagina is never even mentioned, and whenever the insult is thrown at men – the vagina isn’t even implied. In a prison scenario, everyone knows the body orifice that does the receiving.

However, in our actual culture, going back as far as ancient times, the vagina was always viewed and written about as nothing short of sacred.

These cultural symbols have integrated into all modern traditional beliefs and symbolism. Walk into any Catholic Church and observe the artwork featuring Mary – and the pedestal that the female, and specifically these vagina-representing symbols, still exist throughout our culture today.

In fact, one could easily claim that female genitalia is viewed as something far more beautiful, important, and powerful than male genitalia, by far.

All of this debunks feminist claims that the opposite is true. In fact – all of the claims about the vagina could actually be said about the penis, and how it is viewed as subservient and second-class to the vagina.

The Penis as Second Class

The reality is that world cultures as far back as ancient times did not view the penis with such sacredness and respect as it did, and does, with the vagina. In fact, the penis has always been disrespected and treated much more poorly throughout most cultures.

It wouldn’t make much sense to cover this phenomenon than looking at our own Western culture, where it is viewed as a horrid crime and an act of human rights abuse to alter, cut, or in any way injure the genitals of a female baby in Western society.

Yet many thousands of infant male babies have important skin with many vital functions removed from their penises in hospitals every day, which we disgustingly refer to as “routine infant circumcision”. Clearly if the penis were viewed with more respect and dignity than the vagina, the reverse would be true.

But let’s go back before today – how were male genitals viewed throughout societies leading up to our modern culture?

Penises Are (Seen As) Ugly

Visit any museum that features Greek art and you may notice that old statues of naked men feature a very small penis. Why was this the case?

One historian explains that the small, flaccid penis was traditionally viewed as part of male beauty. Large penises represented “foolishness, lust, and ugliness”.

In Greek culture, we can find the same negative connotations toward the penis in the form of the Greek fertility god Priapus – one of the most despised gods who was thrown off Mount Olympus because he was so vile.

“Priapus was a Greek fertility god cursed with a permanent erection, impotence, ugliness and foul-mindedness by Hera.”

It shouldn’t be a surprise that this symbolism even made it into civil-war era American culture, where the hypersexualized images of the black male was used to portray blacks in a negative light.

“Under the guise of humor, blackface minstrelsy reinforced racist stereotypes of Black bodies as hypersexualized and overemotional, and perpetuated racism in popular America (Patton, 2008) and in other countries where these performances were popular too, such as in Australia (Due, 2011).”

Renaissance art followed suit, influenced by Greek art, as can be seen in the form of Michelangelo’s David.

Clearly, contrary to the feminist claim that the phallic symbol represented power and dominance. However, the reality is that the penis in its normal function and engorged has always been viewed throughout civilizations as a grotesque loss of power and a representation of an uncivilized, detestable human being.

The Penis as Subservient

While feminist writers claim that the vagina is viewed as passive and on the receiving end, this also doesn’t reflect reality.

Throughout civilization, the symbolism of the penis represented being a provider. Serving the female so that she can produce. This symbolism is reflected in Peruvian artwork and various oddities you’ll find in such gift shops – most of which feature the phallus in some form.

This cultural enigma is explained on the Culture Trip website as follows:

“Using observation as guidance, society at the time associated rain, agricultural growth and life with procreation – and, therefore, with sex and the dick. A flower pot in the shape of a giant penis would then represent the life-giving action of ejaculation, remembered every day through the seemingly innocuous act of watering a garden.”

In fact, in Mayan culture, men were expected to serve the gods through blood-letting – giving up their own blood as a sacrifice to their gods. This ritual continued as late as the 1940s.

“The Maya peoples of Guatemala, like their Yucatecan cousins, also engaged in ritual self-mutilation. Roman y Zamora reports that the Guatemalan Indians twice daily offered their gods blood drawn from the ears, nose, tongue, arms, penis, thighs, or legs (quoted by Tozzer in Landa 1941: 76, Note 339). Similar blood-letting rites
were observed by Father Delgado when he traveled among the Manche Chol Maya.”

Notice that female members of these tribes were not expected to slice their genitals to appease the gods. In societies where female genital mutilation (FGM) takes place, the act wasn’t done to serve others – but represented a transition into womanhood within that culture.

In fact, in many cultures, myths are formed that an uncut clitoris would “grow to the size of a penis”, which of course would be viewed as a shameful and ugly thing. As horrible of a human rights abuse this act is – the cultural reasons for it highlight how societies view the vagina as sacred, and the penis as ugly and gross.

Feminist Ideology Is Blind to Reality

The gynocentric culture – one that places the feminine and feminine reproduction on a sacred pedestal, are far more common around the world. And it’s a cultural framework that drives much of the sort of anti-male symbolism we continue to see.

In modern movies, advertisements, and other cultural imagery, the “male” is more often viewed as disposable. Male life and health is viewed as less important – to the extreme of ultimate sacrifice in order to protect the sacred female.

If one were truly interested in a world where everyone was treated with the same respect, the focus would be on treating male sexuality with as much sacredness and respect as humanity has always shown toward female sexuality.

Why More Masculinity Is Actually Healthier For...