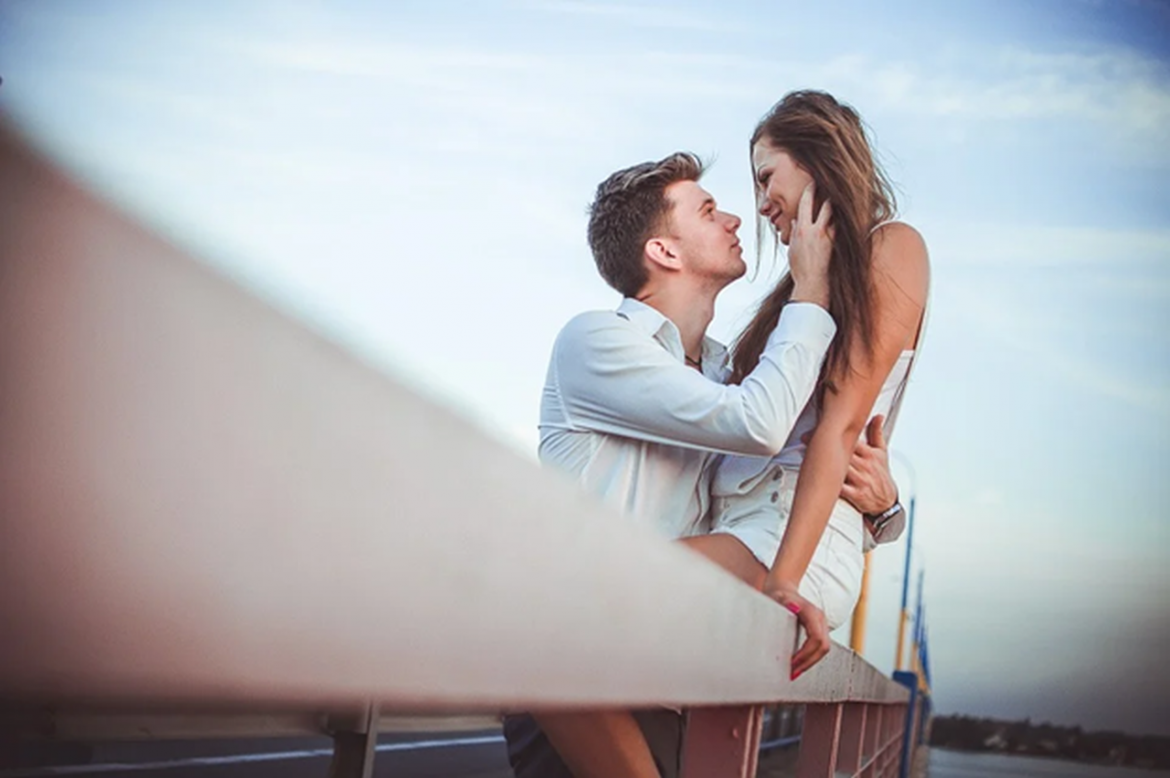 It’s no secret that our modern culture demonizes the male libido. Just take a look at the poster for a movie like The Ugly Truth starring Gerard Butler and Katherine Heigl. It’s a common stereotype that men’s rationality is overpowered by their desire for sex, and that they are usually less interested in romantic and intimate relationships in favor of purely physical (and therefore immoral) sex.

In relationships, it’s a common joke that men want more sex that their partners never give. Watching sitcoms, it would seem like a dead bedroom is the default state of marriage and that men who don’t like it are the bad guys. Why do we accept it when a woman leaves her partner because she’s not sexually satisfied but a man should just suck it up?

Sex is something men—and women for that matter—need. It’s a primal instinct that causes distress when it isn’t satisfied, the same as hunger or cold. We don’t demonize people for wanting to eat or sleep, so why do we demonize men for wanting to have sex?

In fact, sex is actually good for men’s health and relationships, and we should be encouraging a healthy libido in men, and women as well.

Research has found that regular sex helps promote overall, full-body health in a number of ways.

Perhaps most impressively, regular sex actually improves your cardiovascular health and makes for a stronger, healthier heart. A study that followed over 1,000 men for about 16 years on average discovered that men having sex two to three times per week had much lower rates of cardiovascular disease.

Sex also encourages resful sleep by releasing hormones like prolactin. Good, regenerative sleep is important for your health in a number of ways.

Finally, sex can actually burn calories and help you lose weight or keep it off. Researchers have found that most men burn around 100 calories in a 25-minute sex session, which can add up, especially if you’re having sex frequently. A healthy body weight and body-fat percentage make a huge difference in your health and life expectancy.

It’s not just your body, though. Sex is also great for your mind.

This is primarily because sex, especially orgasm, releases a number of chemicals and hormones in the brain like dopamine and oxytocin. These cause feelings of pleasure and also relieve stress and may regulate your mood providing defense against depression and anxiety.

In fact, research has even discovered that these chemical effects carry over into other parts of life. For example, men who regularly have sex with their partners tend to be happier with their jobs and more productive.

The most notable benefits of regular sex may be in your relationship. Sex is a manifestation of extreme intimacy and makes you feel more connected with your partner and less alone, something essential for human well-being.

Specifically, scientists have found that the positive emotions caused by sex last for some two days afterwards and can help strengthen the bond between you and your partner during this time. In fact, having sex at least once a week is associated with a lower divorce rate.

In the end, sex is an expression of love, and men wanting to have more sex with their partners shouldn’t be a joke and it certainly shouldn’t be stigmatized. It can actually make the relationship stronger, and it’s no surprise that a dead bedroom is often a prelude to a failed relationship.

How We Should Really Think About Men’s Libidos

We should be celebrating the male sex drive, not demonizing it. For starters, men often want frequent sex with their partners in order to connect more intimately with them, so it hardly seems to be a bad thing if they want to have more sex. When we criticize men for being sex hungry, we don’t just hurt their emotional health but their relationships and partner’s health too.

Plus, even if men purely wanted the physical release of sex, what’s wrong with that? It’s a biological need, an instinctual imperative, and a man has every right to pursue it the same as food, shelter, warmth and security.

If you’re a man, you should not feel ashamed if you feel like your sexual needs aren’t being met in your relationship. It’s important for your mental and physical health, and it’s important to maintaining your relationship itself. You should at least be able to communicate your dissatisfaction with your partner, and if they can’t address the issue without acting like your sexual needs are trivial or immoral, that’s a serious problem.

And if you’re a woman, you should know that most of these benefits apply to you too. Society shames women for their sexual desires in many of the same ways it does men—and many different ways—so it’s worth doing some introspection to discover your personal sexual preferences. The most important thing is that both you and your partner communicate your needs and try to find ways to strengthen your relationship together.

What Is a Simp? Submissive White Knights Explained