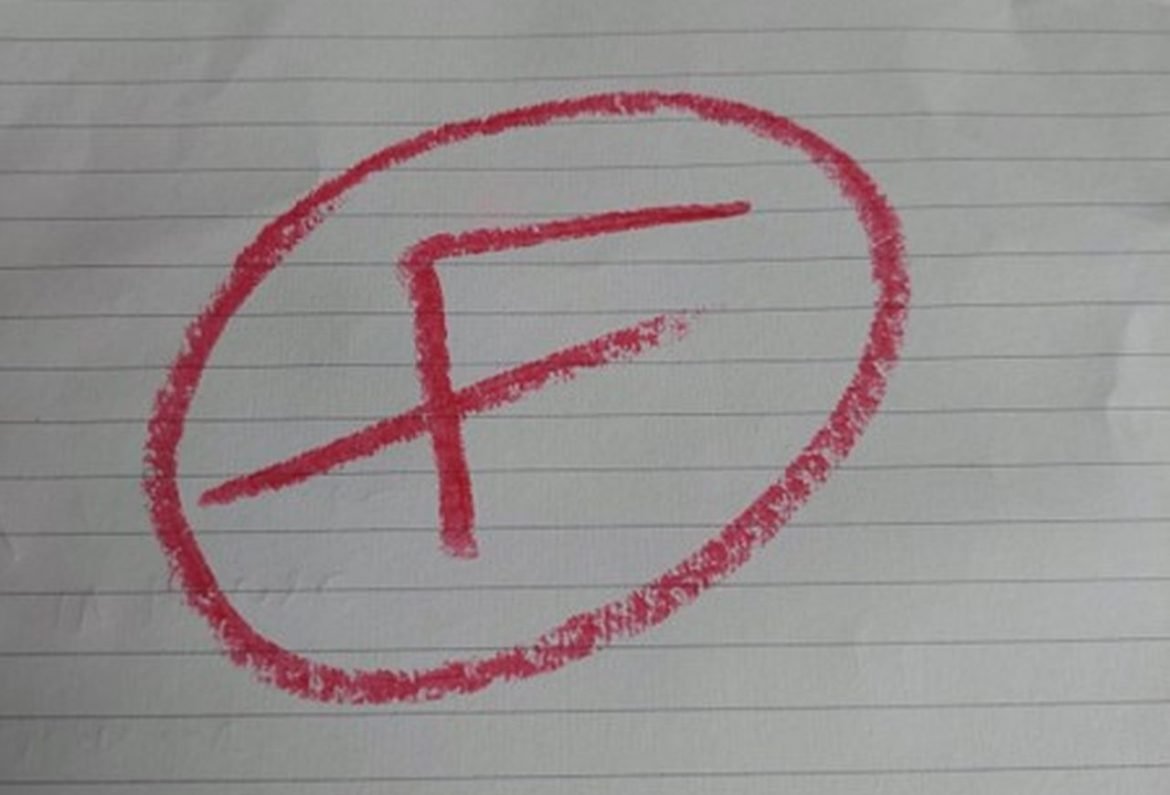 Out of the 52.9 million Americans who were reported as experiencing MHI in 2020, over half of all who were female; received treatment; 51.2%, compared to only 37% of men.

This is due to the fact that women are more likely to self report MHI and seek treatment than men; even though, US statistics show that in 2020 men were 3.88 times more at risk from suicide than women.

These figures paint an uncomfortable paradox, and show, that while more women are accessing mental health treatment; sadly, more men are dying. To me this is shouting from the roof tops that our current mental health system is failing men and is not fit for purpose. Men need and deserve a mental health system that can fulfill the needs for ALL of society; not just half.

Part of the explanation for this paradox is the fact that we are not seeing the full picture; statisticians can only record what is reported. And with men less likely to self-report, seek and access MHI treatment, they are often under reported. This leads to men being considered less likely to be dealing with MHI even though that may not be the case.

For example, in the UK, research shows that while 1 in 5 women are recorded to have MHI, this is thought to be true for only 1 in 8 men; even though, men are 3 times more likely to fall victim to suicide.

So, the facts clearly demonstrate that more men than is visible from the numbers, are dealing with MHI; than are seeking treatment.

Furthermore, the data across multiple countries follows similar trends; the World Health Organization also found that men in high income societies, are 3 times more at risk from suicide than women – This begs the question: Why?

This is clearly a global issue and the evidence infers that whatever current systems that the world has in place to offer support, treatment and encouragement for men to access treatment; are clearly not fit for purpose, as they are desperately failing men.

And as men are literally half of the population of the Earth, this is a problem that we simply can’t ignore.

As things stand, mental health treatment in the USA & UK looks quite similar, people are usually required to ask for help and support, usually from their doctor. Often times depending on what assessment the doctor has made, the patient may be offered anti-depressant medications, encouraged to engage in self-help activities and/or referred for some form of psychological therapy. However, the most common types of psychological therapy that are used in both countries have their basis in “talking therapies” e.g Counselling & Psychotherapy, Cognitive Behavioural Therapy (CBT).

All of these “talking therapies” require exactly that, that men open up and discuss their deep emotions and personal struggles. And this in itself seems to be part of the problem.

While talking therapy has certainly been proven to help MHI; it is well recognized across many cultures that expressing emotions verbally is not always the path of least resistance for men. Furthermore, men are often looked down upon and shamed for what is judged as an “apparent lack of emotion”; when this is simply not the case.

In fact, society’s negative interpretation of how men deal with emotions boils down to a fundamental, misunderstanding of the male gender.

The Socialization of Men

Unfortunately, society has been dismissing men as “unfeeling and unemotional creatures” for far too long. In fact, much of the explanations for men’s struggles with mental health, can arguably be found in how they have been socialized to handle emotions in the first place. Then, as men mature, they find themselves berated by society, for behaving in the very way in which the same society encouraged them to be.

From a young age boys are socialized by their care givers and peers to refrain from expressing certain emotions. Males are taught that to be emotional is to be weak, with boys who cry being labeled derogatory terms such as “sissies” and “cry- babies”.

Instead, boys are encouraged to repress certain negative emotions or to transmute emotions such as sadness into other more socially acceptable “male emotions”, such as anger and pride. And repressing emotions is in itself known to be unhealthy for an individual’s mental health, regardless of gender.

The opposite of emotion repression is Catharsis , which has great benefits for mental wellbeing; you can think of it almost like letting steam out of a pot; whether you exercise out your emotions, talk them out or cry them out, the result is a healthy mental release of pressure. Men are especially adept at managing their emotions in this way through activities that help them let off steam.

Society’s Hypocrisy Is the Problem, Not Men

Social constructionists also argue that boys learn what behavior and emotion expression is appropriate by observing fathers and men who model a pattern of “male” socially acceptable traits; such as, expressions of anger, not being seen to cry, not talking about emotions and appearing stoic with a “stiff upper lip”.

These learned behaviors are then rewarded and reinforced by society’s representations of “strong men”, not least via super hero figures, such as Bat Man, for example; a strong, muscular man who is seen to suppress his emotions, but who is also a powerful hero, that saves everyone around him.

Other characters, such as The Hulk add to this reinforcement of emotional socialization; as The Hulk is again portrayed as a strong, powerful hero, who saves people, except, he does show emotion. But what is the only emotion which he shows, and which is the source of his power? Anger.

Today, society rebukes men for communicating their emotions in the only ways that they were taught to do so. They’re now told that those methods of managing emotions are wrong. Elements of feminism even attacks men for “toxic masculinity”, citing it is a result of “patriarchal privilege”.

These same feminists, however, applaud female superheroes in movies that now attempt to reinforce the same exact emotional socialization in girls – “strong female characters” who are emotionally stoic, violent, and angry.

Men are in effect punished and put down for the same exact emotional characteristics that girls and women are now applauded for. This is nothing short of terribly hypocritical. If it’s wrong for men to be strong and stoic, then it’s wrong for women too. If it’s celebrated in women, then it should continue to be celebrated in men.

Is it really any surprise then, in the face of this social hypocrisy, that men are less likely to ask for help or access support for their mental health? Firstly, they have been largely socialized against doing so and secondly, they are living under society’s negative narrative around masculine traits for men, but positive narrative around masculine traits for women. All of this is terribly confusing and potentially damaging for mens’ mental health.

Men are Misunderstood by Society

Scientific studies show that men process and express emotions differently to women. This is a scientifically proven fact; one study by researchers at the University of Montreal, found that when men and women were exposed to emotive stimuli, under MRI imaging, that parts of men’s brains associated with feelings and emotions lit up less compared to women’s, but showed more activity in areas related to reasoning.

However, this does not mean that men feel any less than women; in fact, research has shown that men feel all of the same emotions as women. Furthermore, recent research has actually indicated that in some instances, men have been found to be more emotional; when discussing heartbreak, for example.

However, when it comes to the expression of emotions, researchers have found that while men may be less likely to be emotionally, verbally expressive; women literally “talk their emotions”. This could therefore partly explain why more women are keen to ask for help and engage with talking therapies. After all, the mental health system today is literally tailored for that form of mental health treatment.

This, I believe, along with socialization, is one of the main reasons why men are less likely to access and receive treatment for their mental health. Along with being taught to repress certain emotions, and also to equate vulnerability with weakness; society needs to understand that men handle emotions differently to women.

Furthermore, it needs to be acknowledged that both of these factors act as barriers to men accessing treatment. Therefore, men need to be offered different ways of accessing support and different treatment options, other than, and in addition to, talking therapies; that work more in line with their gender specific traits.

There Are Places That Are Better at Helping Men: Find Them

This is why the current mental health system is failing men. But, enough is enough, it’s time for systemic change; change that starts delivering the treatment men actually need; and change that stops men losing their lives.

If you or someone you know is dealing with mental health issues, please know that you are not alone. You can find help and support by clicking these links, or by calling the numbers provided below.

Furthermore, there are many scientifically proven steps that you can take to help improve your mood and wellbeing; Click This Link.

Also, if therapy is not something that you feel you need or want to pursue, there are other options like coaching, for example. Coaching is a great way to get support with general self-improvement. In fact, there are specialized, male only coaches that can provide strategic help and support with things like motivation, increasing confidence, and there’s even specialized relationship coaching for men.

So this is another option, if you don’t feel like you need therapy; but you would still like to have the support of a professional men’s coach.

Will Smith Teaches Us a Lesson on Double Standards

Men Can Achieve Anything They Put Their...