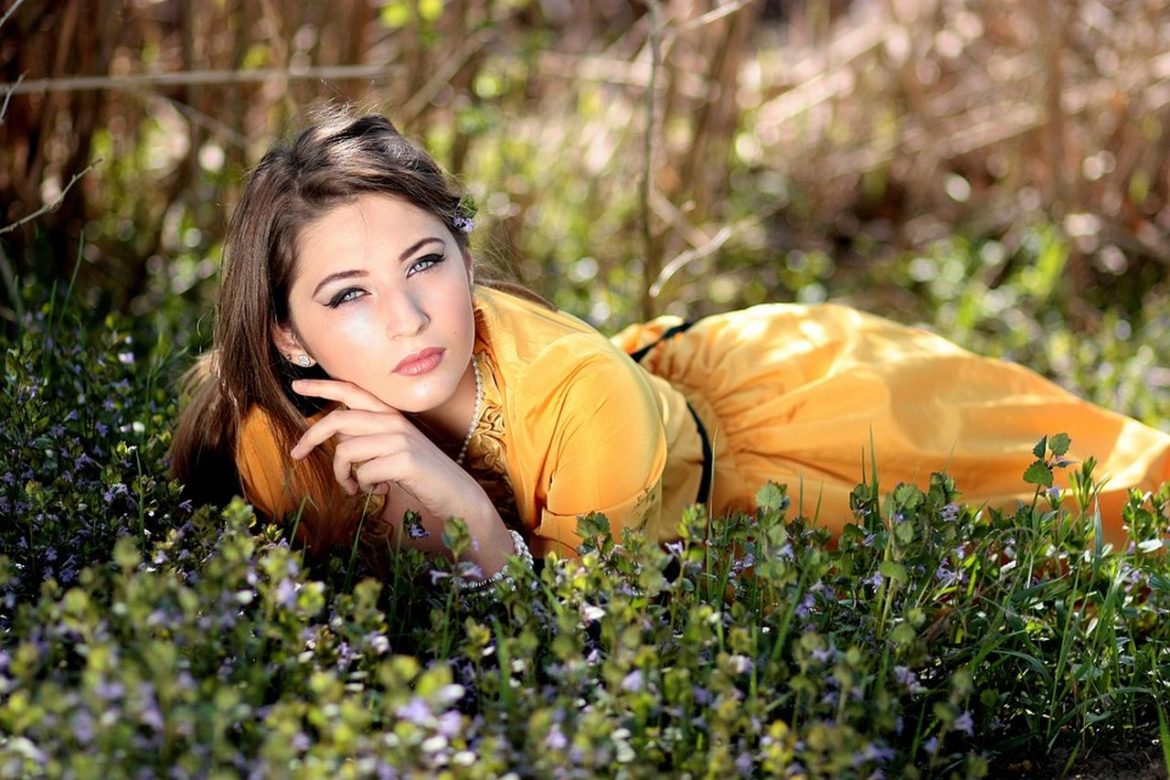 “Beauty is an ultimate value – something that we pursue for it’s own sake, and the pursuit of which no further reason need be given. Beauty should therefore be compared to truth and goodness, one member of a trio of ultimate values which justify our rational inclinations.”

Feminine beauty, as varied and ephemeral as the flower, is a delightful part of the human world that is denigrated most usually through scorn or ignorance.

The beautiful woman spreads joy and fascination, and has the power to bring men sometimes to their most base – and, more often, to their best.

The Importance of Beauty to Society

The great, beautiful masterpieces, inscribed in durable materials and according to immutable rules, are largely the creations of men. They epitomize strong and purposeful attendance to the virtue of beauty and the respect (and price tags) associated with them prove how important a virtue beauty is in civilization.

The more modest, degradable feminine contributions to the beautiful life of our societies are no less vital. Attractively tended appearances with pretty clothes and makeup, cut flowers and handicrafts, bring joy, if not necessarily awe, to every day.

However, even the most wonderous of feminine beauty is not enough to make up the sum and total of a woman – a fact that appears to be passing by too many these days.

Social media is heightening the value that people place on feminine beauty. It enables some women to profit monumentally from theirs, but also encourages some to invest so heavily in their beauty that they neglect other integral parts of themselves that could make them valuable in other, and more sustainable ways.

Model Kendall Jenner has 31.4 million followers on Twitter. Pictures of her in swimsuits rapidly go viral, easily reaching over 31 thousand shares just on that platform.

Alyssa Carson, the youngest person in history to pass all NASA aerospace tests and is preparing to be among the first Martian cohort, has just over 23 thousand followers. Her tweets typically struggle to get into double figures of retweets.

I have nothing against Jenner, or her followers, or those who share her pictures – unlike many feminists (who campaign against glamour modelling for example, like No More Page 3), I believe that better representation of women can never mean that we should see less of other women.

But it does appear striking that such little interest can be paid to women who display virtues aside from beauty – and the disparity can only suggest to impressionable young women that beauty is an ultimate and complete value, all they need strive for.

Cast aside are the virtues that could keep them engaged and vital throughout their lives, that could contribute to personal contentment, family, community and society.

And, moreover, the inexhaustible well of approval available online for the physically attractive woman does not only foster a disregard for other, more sustainable, forms of self-improvement (in terms of education and financial independence for example).

Within a proportion of such women, it actively incites insufferable elements in some women’s personalities – hubris, greed, egocentrism, vanity and entitlement.

And it sets these women up for misery, because happiness that hinges on chronic, insanely unrealistic expectations (of their sexual market value being eternally high and men never failing to accede to their demands) is impossible to hold onto. In the words of Paul Elam:

“That’s the curse of modern womanhood. It’s why so many of them are miserable, and why they feel justified in making others miserable when they are inevitably disappointed.”

Beautiful women should be celebrated, the value of their innate characteristics recognized and enjoyed – but women need to be reawakened to the necessity for inner beauty too. Modern Western women, with a civilization our feet, have every opportunity to excel professionally and privately and perhaps we should start expecting more of ourselves.

This is unlikely to happen, however, until men demand more of us.

Women Are Experts in Exploiting Their Beauty

It won’t be easy. The kinds of superstimuli explored in ‘Chasing the Dragon’ by Paul Elam and Peter Wright — the exaggerated neoteny of large painted eyes and the artificially inflated sexual qualities created by clever clothing choices as well as plastic surgery — not to mention the ubiquity of techniques to manipulate and frustrate men’s basic human need for love, acceptance and security.

Many modern women are experts in tantalizing men with the potential bliss of pair-bonding, a façade designed to meet other needs. I ask of men what Elam and Wright asked in their follow-up article, ‘Slaying the Dragon’:

“Slaying of the dragon demands we employ our substantial neocortexes which are designed for overriding primitive impulses that lead us willy nilly into pain and injury. With that we can construct a defensive, self-protective approach toward the activities and the people we might choose to associate with, activating the traditional values of restraint, delayed gratification, conservation and self-protection against the arrival of superstimuli in our field of vision.

Think of it this way. By overriding our knee-jerk attraction to the false neoteny created by women’s makeup and sexually exaggerated dress, we build in a defense against gynocentric obedience as well as a protective measure for screening out personality disordered women from our lives. That is one application of many.

By that path we find a way forward, but also strangely a way back – back to the protective values of past cultures; to Buddhist teachings about pleasure as an illusion and potential suffering; to the Christian teachings of the Seven Deadly Sins and how to resist them; or to the messages of classical myth which invite us to hold fast to our values like Odysseus who tied himself to the ship’s mast in order to resist the Siren’s call, knowing that all the boons of Penelope await him at Ithaca as a result of his intelligent avoidance of gratification.”

Men Are Turning to Alternative Therapies to...