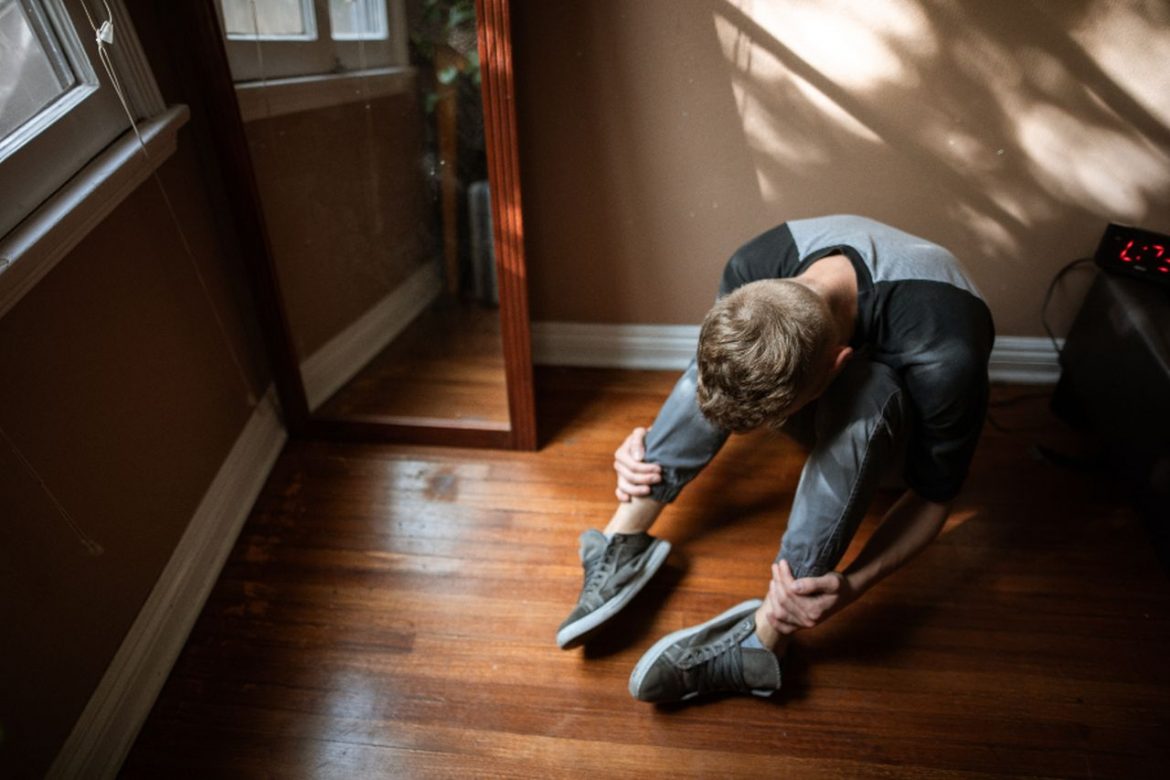 In 2016, a famous Hollywood female was sexually assaulted by a Hollywood executive. She was allegedly touched and groped without her consent. The story was displayed all over the news and famous people felt obliged to make fun of it.

One of them responded on Twitter that she had all the chance to fight it off, another comedian was quick to steer up a tasteless joke that it’s not that big of a deal and there is no need to make the headlines.

How does this story make you feel? Do you find it funny like the people above? Whatever it makes you feel, we made part of it up, the Hollywood female was in fact male – the Brooklyn Nine-Nine star named Terry Crews.

People Make Fun of Sexual Assault When Victim is Male

His story is just a small example on how people make fun of men who have been sexually assaulted. Women in particular, find it hilarious when a man is assaulted by another woman. People believe men ALWAYS want sex, so they should even be grateful for harmful and unwanted interactions.

We’re quick to disregard sexual assaults on men, only because they are perceived by society as the physically stronger gender.

As we’ve seen with the case with Terry Crews, sexual assault has nothing to do with physical strength, it’s about control, power and making the victim feel like less of a human.

This is especially easy for female predators to achieve with male victims, since popular culture denies this reality. Since movies, TV shows, and all of media continuously plays sexual assault on men as something funny.

The video above from Pop Culture Detective makes a great point about how we’re all culturally brainwashed to view male rape as a laughing matter.

This is not only a disturbing trend, but it shows just how dysfunctional our society is when we look at male or female rape. Male rape – funny, female rape – monstrous and horrible.

Feminists have worked for years on educating society about sexual assault on women. But little has been done for young boys and men.

With the lingering traditional stereotypes of the male perpetrator deeply entrenched into our culture – and never corrected or updated by feminists – we still find movies and TV shows mostly only portraying sexual abuse towards men as normal and acceptable.

Females are “assaulted” – often with so much as an unwanted kiss or hug considered offensive – while when the same things happen to men, they’re portrayed as “seduced” and ultimately happy to be taken advantage of.

Reverse the genders in these types of movies and we have a completely different perspective. It’s no longer funny, and would probably be banned from airing at all.

One of the most damaging myths is that men are the stronger gender. That they are always the abusers and they cannot be taken advantage of – that they should always be able to defend themselves from female-perpetrated sexual assault.

Surely men who have been sexually abused are not that many?

While most of society still buries its collective head in the sand, and people still assume that molestation of boys and men is rare, the National Crime Victimization Survey shows that these victims make up about 38 percent of sexual assault and rape incidents reported. And contrary to popular belief, a lot of the perpetrators of these attacks against boys and men are female.

As with many reports on male issues, the numbers here might be higher, since men are less likely to report such crimes, from (justified) fear of social stigma.

A study done by Florida Atlantic University and Sam Houston State University debunks this belief, and found out that psychological trauma from sexual abuse is the same, regardless of gender. Men fall into deep depression, suicidal thoughts and shame, just as women do. And considering that suicide rates for men are much higher than women – this is something we should take much more seriously.

Because information and reporting of this particular form of sexual assault is sporadic and underreported, most men are forced to hide under a blanket of shame and confusion, without proper treatment. They are also more likely to commit suicide, because their perception of the situation is broken, due to societal and pop cultural influence. Untreated, victims may eventually resort to violence as an alternative outlet for the pain.

Why “Forced To Penetrate” Is Rape

In the National Intimate Partner and Sexual Violence Survey during a 12 month period both men and women reported similar rates of non-consensual sex.

Not surprisingly, the CDC’s public presentation of the data focused primarily on female sexual victimization, leaving out the numbers of men who were forced to penetrate without their consent, just because this has not traditionally been officially regarded as rape as it should be.

Many people still believe that men can’t be raped by women, because men are statistically physically stronger. Men are also considered to be more sexual and “wanting it”, and thus not seen as victims.

However, the numbers tell a different story. In regards to intimate partner violence, the numbers show that female sexual predators are able to overcome any disadvantage in physical strength by using a weapon to conduct their sexual assault against the male victim.

This leaves the reality that women do commit sexual assault, but society denies that reality and leaves male victims with the sense that they have no one to report the crime to – because no one will believe them.

The reality is, men who are forced to penetrate under threat of violence by a woman have been raped, and we should call it just that – rape.

When the Perpetrator is a Woman

There are numerous ways for a woman to force herself on a man, including drugging the victim, pressuring him to drink alcohol in order to make him drunk, threatening and manipulating him or controlling his finances.

We mentioned above how the modern, agreed-upon definition of sexual assault (when we talk about female victims) is that it’s not about sex, it’s about control.

Even in cases when the man is physically stronger, he still may not fight back, for fear of being hurt by a weapon, or even the fear of hurting the perpetrator herself and being mistakenly sent to jail because police would assume he was the perpetrator.

Another common argument is that men can’t be raped if the male had an erection. But just like women can orgasm during rape, men can experience erection from fear and anger. Psychologists have stated that just because your body reacts to it, this does not mean that you are enjoying it.

Most people would agree that in the case where the victim is a woman – arousal does not constitute consent. We should apply that same rule equally to all cases, even if the victim is a man.

In a report called Experiences of men forced-to-penetrate women in the UK: Context, consequences, and engagement with the criminal justice system, one participant describes the confusion of others, when a man shares that he has been assaulted by a female.

“Talking about the fact that your ex-partner used to get drunk and force herself on you, rape you essentially, it’s like most blokes’ fantasy isn’t it? Down the pub you know, she gets a bit drunk, she gets a bit frisky ‘yay! Oh that would be fantastic! I would love a bit of that!’ No you really wouldn’t, you bloody wouldn’t, it’s not the way that you think it is”

Men who face such abuse are stuck in between humiliation and fear, unwilling to report the incidents to the police, as very often police authorities do not take them seriously.

“I went along and I waited for a little bit and then two female officers came and escorted me into a little room and the one that was in charge had this great big sheaf of papers and she was leafing through, then she looked me in the eyes and said ‘it says here that she squeezed your testicles – well you must have enjoyed it or you’d have reported it sooner’, and I was speechless, that was it. I couldn’t say anything after that. I was just gone.”

Sexual Assault of Men Is NOT a Laughing Matter

If we really strive for equality of both genders, people must understand that sexual assault is not a laughing matter.

No one laughs when a woman is taken advantage of. Just because Terry Crews has muscles, this does not mean he is immune from violence and sexual abuse. He’s a person with feelings, just like all of us, and he has stated numerous times that people who joke about his experience, should think twice.

If this was your son, you wouldn’t dare joke about it and throw his mental stability under the bus? Think carefully about that the next time one of your girlfriends mentions a news story about a man being sexually assaulted by a woman.

When the jokes start – be the one to put a stop to them. Remind your girlfriends how they wouldn’t dare to joke that way if the genders were reversed.