Home Editor's Picks What Is Mansplaining? It’s What Happens to Narcissists
Editor's PicksEgalitarianismSexism 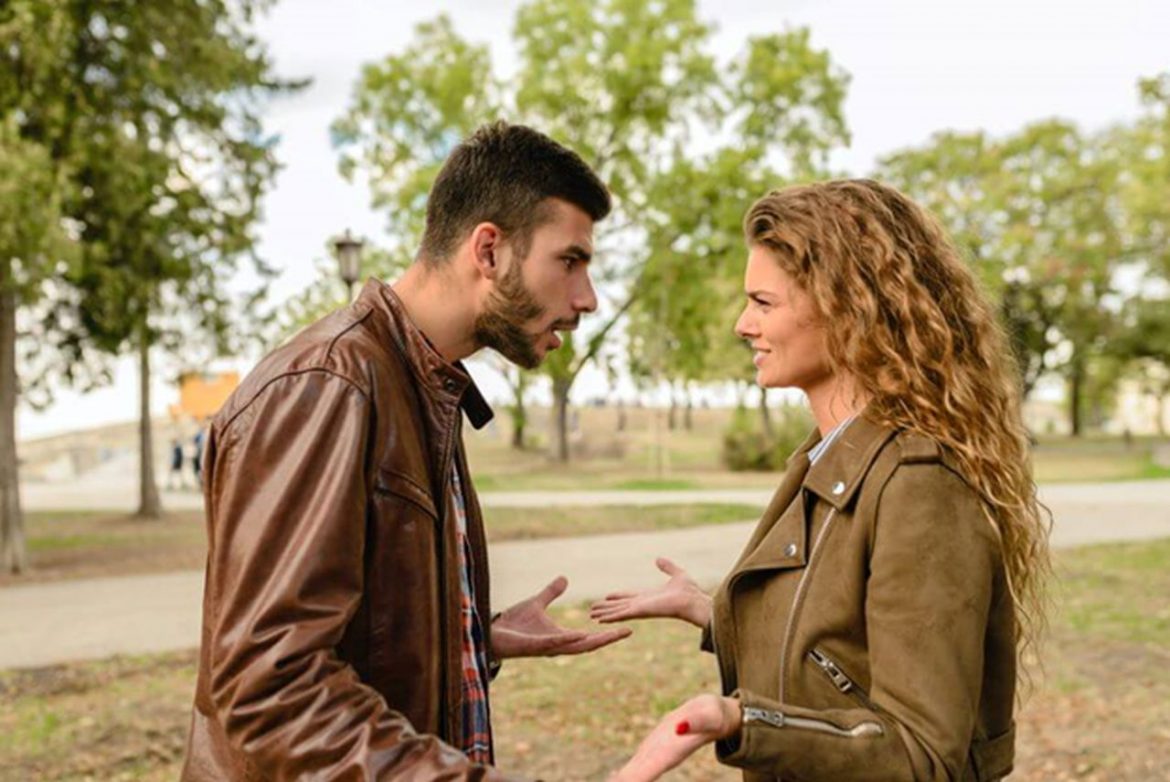 Albert Einstein once opined that only the universe and human stupidity were limitless. We all do and say inane things, communicate ineffectively, and assume we know more about certain topics than we really do.

Communication is an area in which many of us are especially lacking, and it goes for same-sex interactions and those between men and women. That being said, is “mansplaining” real, or just another trendy sexist witticism based on ignorance and sexist derision rather than fact?

In early 2018 Miriam-Webster added “mansplaining” to its dictionary. It’s defined as:

“When a man talks condescendingly to someone (especially a woman) about something he has incomplete knowledge of, with the mistaken assumption that he knows more about it than the person he’s talking to does.”

They also noted that the term is so widely used that men are accused of “mansplaining” nearly every time they open their mouths.

The concept’s (if not the word’s) origins lie in a 2008 LA Times op-ed by Rebecca Solnit titled, “Men Who Explain Things to Me.”

The article described an encounter at a party between an older man and Solnit, who’d recently written and published a book about a 19th century photographer. When the photographer’s name came up during their conversation, the man mentioned that he was familiar with an important new book about him, though he hadn’t read it. Not realizing Solnit had written it, he apparently “droned on” obliviously about the topic, only realizing after multiple interruptions that he was actually talking to the author.

Solnit didn’t claim that the man’s behavior was exclusive to his gender, but she was shocked at his cluelessness and pretension.

But if she’d been a man would he have automatically assumed she was the author?

Probably not. But that doesn’t prevent Rebecca from assuming so and implying it.

Even if he was aloof and patronizing, does that mean such behavior is exclusive to men, or do women exhibit it too?

Men and women do communicate differently, but articles such as Solnit’s are riddled with gender stereotypes, many of which come from narcissistic professionals who should know better.

“Most men have a hard time communicating anything that remotely resembles an emotion.”

“It is interesting to note that women think and feel at the same time, while men can only think or feel.”

Yes, you read that correctly. According to Dr. Goldsmith men can’t do both simultaneously.

He made other assertions too, like that women tend to utter two times more words per day than their male counterparts, and that when excited they speak quickly and interrupt frequently. Men on the other hand are often speechless, mostly because they can’t find adequate words to express their feelings.

In other words, women can’t control their mouths when they get excited, and men can’t express emotions.

Both are huge stereotypes about entire groups of people that shouldn’t be tolerated.

In an undated article from aconsciousrethink.com, wellness writer Lucy Smith lists a number of ways in which men and women communicate differently.

She too makes some shockingly stereotypical statements.

The gist here is that men are only capable of or comfortable when discussing sports, work and money (no mention of sex), and though men do speak and listen, they’re essentially braindead.

You can recognize sexist bias in so many articles online by looking for when the author only paints one gender’s characteristics in a negative light, but the other gender’s in a positive light. Indeed, men and women communicate differently – but each brings drawbacks and benefits.

Highlighting only benefits for one gender and drawbacks for the other is a bias that is rampant throughout the web (and the world) today. Nowhere is this more true than the mainstream media’s instant rush to adopt the sexist term, “mansplaining”.

The Proof According to Cosmopolitan

A year before Merriam-Webster added “mansplaining” to the dictionary, Cosmopolitan published an article titled: 17 Absolutely Infuriating Examples of Mansplaining

It opened with this statement:

“Pretty much every woman and gender-nonconforming person on the planet has been the victim of mansplaining.”

Via Twitter, they asked their readers to describe the most egregious cases of mansplaining they’d ever experienced.

Below are a few response examples:

Are we to infer that doctors must always agree with their patients, and that pointing out the obvious in normal conversation is mansplaining?

And what all of these women ignore is the fact that it happens just as frequently to men by women – yet we can be sure that Miriam-Webster won’t add “womansplaining” to the dictionary.

Where are men and why aren’t they complaining? Probably too busy working overtime to support their families, many of whom are the very teenagers spending all their free time on Twitter attacking men and writing to the Oxford dictionary to remove sexist terms toward women. Or they’re homeless, and don’t have internet access.

Isn’t it funny how so many who allegedly believe in equality get so up in arms on the one hand, but when dictionaries literally start adding sexist terms about men – nothing but crickets. “Equality for all”, indeed.

The great irony is that those who use the term “mansplaining” are themselves indulging in the very same sexist behavior they claim to despise.

If it’s truly a one-sided phenomena, interactions in which women assume they know more about a particular topic than men wouldn’t exist at all–a preposterous claim that falls flat on its face in the real world.

During normal dialogue between reasonable people, each side makes judgements about the other based on things like:

Polite conversation at cocktail parties can cover diverse topics like literature, art, world history, and fuel injectors on outboard motors. Many men enjoy speaking about their children, or cooking. Many women enjoy discussing programming or sports.

Are we to assume that no woman has ever thought she knew more in these areas than the man she was talking to? What about if the topic is children, fashion, or gender issues?

Of course, the answer is no.

We all (men and women) put our feet in our mouths from time to time, but it’s a gender-neutral trait, despite what sexists would have us believe.

Consider the backlash if men had coined the term “womansplaining.”

It’d be the height of sexism with letter-writing campaigns the likes no one has ever seen before, but when genders are switched, it’s perfectly okay.

Perhaps we’d be better off assuming everyone knows everything.

It’d make for terse conversations, but on the bright side, nobody’s feelings would get hurt.