Home Education Teachers, You Are Biased Against Boys and Need to Change
Education

Teachers, You Are Biased Against Boys and Need to Change 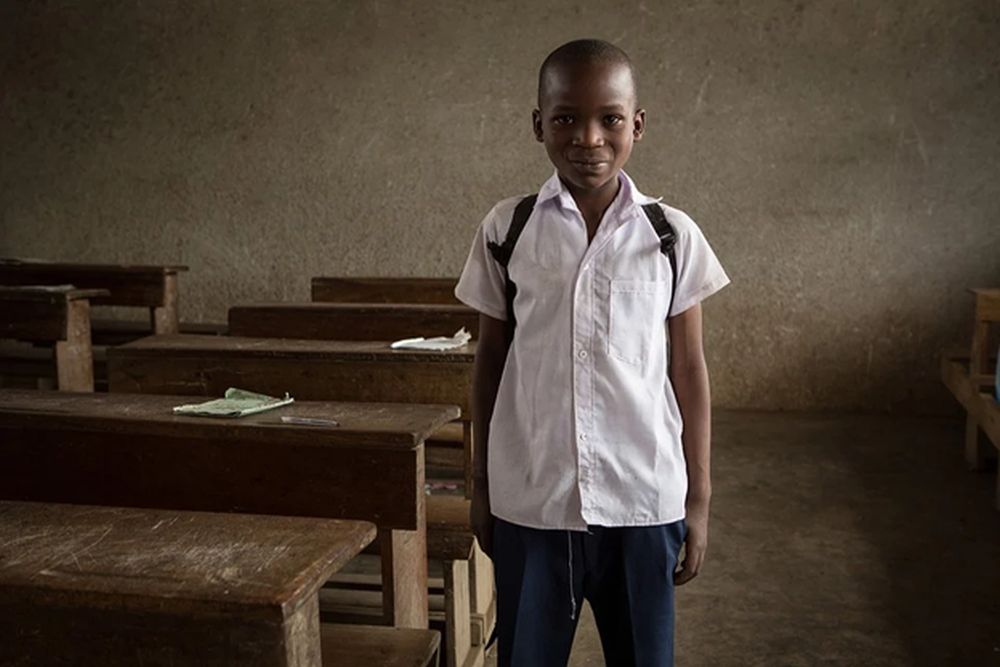 Think back to your first male teacher. How old were you? For me, I was already in middle school. Any of us who were once schoolboys can tell you: education is a woman’s world. The OECD reports that in 2018, 79% of American college graduates in the education industry were women.

Yet when we grew up, we were told we’d always had the upper hand. University admissions and funding gave women priority, even though they were already enrolled in higher numbers, something that has been the case since at least 1985. We were bombarded with feminist campaigns to encourage girls into college and STEM careers but heard nothing about getting more boys into health care and and the arts.

Now society is reaping what it’s sown for the past half century. Discriminated against from their first day of preschool, boys are giving up on school in record numbers. This year male representation on college campuses hit an all-time low at 41.4%.

Teachers, as someone who’s worked in primary, secondary and higher education for over ten years now, I hate to break it to you. It’s our fault. We have to change how we treat boys at school.

Let’s face it. The established narrative is that society discriminates against women and girls in all walks of life. Teachers, especially elementary school teachers, work off this assumption. Their intentions are good. They’re aiming to balance the scales, but they don’t actually have any argument for why they should do so.

Indeed, the numbers show a completely different picture of gender in education, and numbers don’t lie. It’s boys who are discriminated against in school. Take a look:

This discrimination has real-world consequences. Wages for men have been stagnant for fifty years. In fact, in 2017, they were even lower than they were in 1970. Meanwhile, over the same time frame, women’s wages have seen a steady increase.

Additionally, the Federal Reserve found that since the 60s and 70s, men have become increasingly vulnerable to unemployment. Although they were almost the same beforehand, the unemployment rate after the 2008 recession shot to 11% for men but only 8.4% for women.

We can talk numbers all day, but what does that mean for the next generation of men? Since 2009, I’ve worked in childcare centers, preschools, elementary schools, high schools and colleges. Let me tell you what I’ve seen.

My town’s high school has a giant purple feminist ribbon painted on the outside wall that you can see from the highway. The elementary school has a banner above the door declaring “feminism in school”.

For International Women’s Day on March 8, the girls celebrated for a week. They had girls-only seminars and presentations with food and activities to encourage them into college and exciting careers. The boys had to hang back and do busy work. One fourth grade boy asked me, “Why isn’t there a day for boys, too?”

I didn’t have the heart to tell him that there is, on November 19. Because then he’d just wonder why they hadn’t gotten a week-long party too.

Children are incredibly impressionable, and they have an enormous desire for acceptance and love. Even if you do subscribe to the feminist claim that society has been dominated by men who subjugate women, what does an eight-year-old boy in 2020 have to do with it?

This blatant discrimination by the school system makes boys feeled less valued. We should treat all children equally.

Modern Education Is Designed for Girls

Of course, it’s not just feminist teachers getting overly political. Boys and girls are different. They behave differently and they learn differently. Teachers, however, are biased against the boys.

It’s a regular occurrence that I see a girl pestering a boy who’s trying to concentrate, yet the boy gets punished while the girl gets off scot free. Starting in preschool, teachers assume boys will be the trouble makers. Just like with grades, this is a self-fulfilling prophecy. When a boy keeps getting sent to the corner even though he isn’t misbehaving any more than the girls , he’ll eventually just accept he’s a bad kid.

But let’s give teachers the benefit of the doubt. After all, boys are more likely to suffer from diseases like ADHD that cause them to misbehave. So then… why don’t schools adapt to that? Instead, the amount of medication doled out to drug these boys into concentrating has increased by 800% in the last two decades. Interestingly, this correlates to the timeframe when boys began to lag behind in education.

Imagine a class of all boys. More than one in 10 of them would have ADHD. That’s too many to just drug and forget about. You would have to adapt your teaching style and classroom environment to those children. However, mix in girls, who are half as likely to get diagnosed with ADHD, and less likely to act out even when they are. Well, you can just sit those misbehaving boys in the back and let the Adderall take care of it.

The fact is, the foundation of modern education is sitting still, doing what you’re told and following society’s expectations. All things that, quite frankly, girls are better at. That’s not opinion, studies have found that “misbehavior” in boys is directly linked to exposure to male hormones in utero.

I Hear a Lot of Complaining, But No Solutions!

Okay, my fellow teachers, how do we need to change? Don’t worry, I have a list.

1. At least address the issue. Educational institutions and the media are finally beginning to realize and admit the discrimination against boys… yet they twist it into more evidence of female disadvantage. Just take a look at this article from the BBC. The fact that teachers give girls better grades for the same work is somehow spun as evidence that women are penalized in the labor market. Ridiculous. It’s time we admit it. Boys are disadvantaged at school. Boys can be the beneficiaries of gender equity in education. Period.

2. Remove feminist political ideology from schools. Obviously schools should still teach the Western ideal of gender equality, but we all know “feminism” is more than that. It’s a political movement based on debatable social and political theory. That’s fine, but it has no place in our children’s education, whether it’s elementary school or the universities.

3. Get more men in education. There’s a huge push to get more women in STEM. Why don’t we have the same initiatives to encourage men to be elementary school teachers?

4. Adapt education to boys instead of drugging them. I don’t doubt that some children legitimately need ADHD medication to improve their lives, but 800% more than in 1995? We all know that’s insanity. Let boys be active and physical. Teachers, decrease the amount of time you spend getting your class to sit still all day, being obedient listeners. Increase the amount of time they can spend expanding as individuals and learning critical thinking. This means more personalized activities and more active movement.

5. Tell boys they’re valuable for who they are. As a teacher, all your students are different. They have different strengths and weaknesses. They learn differently and respond to different motivations. Make sure the boys you teach are loved and know they have the same support you make such a prominent point of giving to the girls.

How Society Historically Privileged Women (And Still Does)