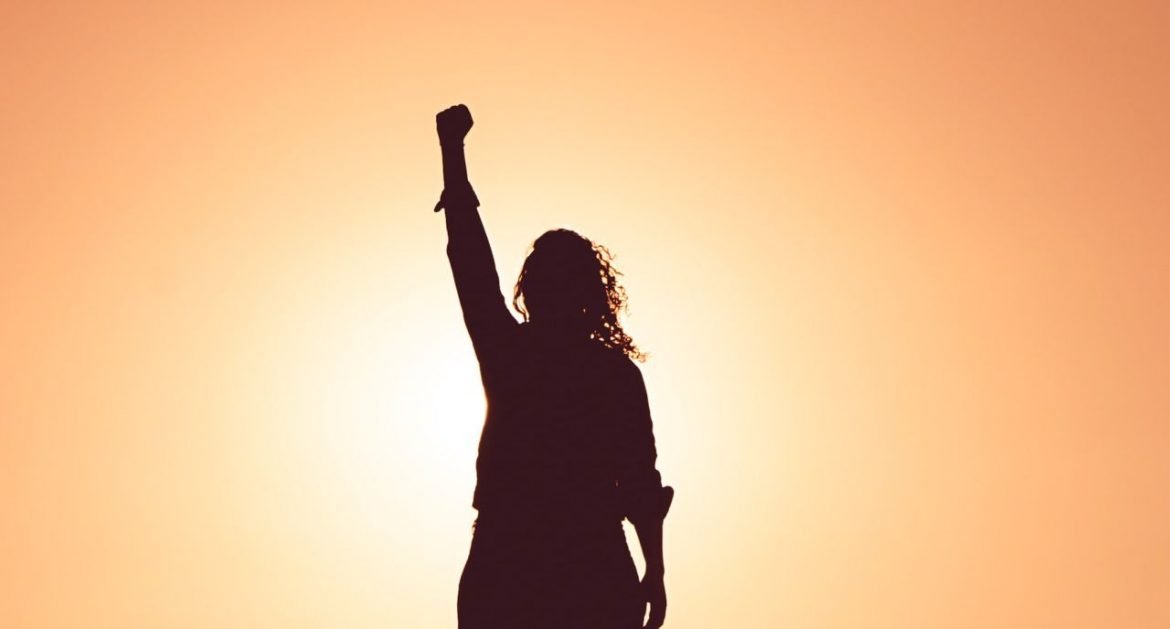 Every day it seems like social media becomes further inundated with radicals of all sides who ignore data and research in order to promote a dogmatic agenda. There’s no better example than the area of gender equality, where a growing mob of Twitter social justice warriors promote misandry and misogyny, often in the name of “feminism.”

Luckily, there is still a rational core of egalitarians you can follow. Many of them are women who, by refusing to bow to the mob, promote real female liberty. They come in all forms. There are liberals, progressives, conservatives, moderates and libertarians. There are writers, politicians and academics who come from all corners of the world. Some even identify as feminists and critique the radicals out there who have misappropriated the label.

Christina Hoff Sommers is a philosophy and ethics professor who’s come to national attention for her outspoken stances on what she calls “victim feminism” and “gender feminism.” Instead, she espouses a more rational “equity feminism” that provides equal opportunity for all without discriminating against either gender.

In fact, she’s published two highly acclaimed books on the subject: The War Against Boys and Who Stole Feminism? In a Time Magazine article, she also single-handedly debunked the “gender pay gap” myth touted by modern-day feminists and politicians throughout mainstream media.

Lauren Chen is a busy woman, editing Evie Magazine and hosting BlazeTV. Evie Magazine (@evie_magazine on Twitter) is a great publication that empowers women from every aspect of their lives from relationships to career.

It does that by focusing on what’s unique and special about women instead of hating or complaining about men.

On Twitter, she’s outspoken and brave on a lot of issues, including those affecting men and boys.

Dr. Heather Heying is one of my favorites, but that might just be because she’s an evolutionary biologist and I have a weak spot for monkeys.

She’s a proud individualist who doesn’t bow to the radical mob.  She bases her opinions on science and uses it to inform her views on a lot of issues.

When it comes to men and women, she wants to celebrate the unique differences, based in biology, that make both sexes valuable.

Sydney Watson is tired of how modern, radical feminists have attacked women too. An Australian living in Washington, DC, she speaks about international issues affecting both genders.

As well as being a contributor for The First TV network (@TheFirstonTV), her feed is full of rational views on the challenges affecting men and women in modern society.

All while fending off angry “feminists” who seem to have no problem trying to silence a female voice.

Elizabeth Hobson doesn’t pull any punches on social media. Her entire feed is dedicated to critiquing radical feminism and pushing for true egalitarianism instead.

Of course, that doesn’t stop men and women claiming to be feminists from attacking her.

Follow her to be informed about petitions and legislation affecting things like our children’s education, misandry and social issues.

Lisa Chamberlain is a mother who’s tired of being told by the radical mob she has to think and behave a certain way just because she’s a woman.

Besides hard-hitting opinions on modern gender equality, following her means plenty of humor too.

Judith Char is one of the most outspoken anti-feminist women on Twitter. Although she says she used to identify as a moderate second-wave feminist, she soon became disillusioned with movement after learning the lies and hate it promoted, not only about men but also women who refuse to identify as feminist.

She believes that around the third-wave of feminism, adherents became radicalized, less focused on justice and more focused on attacking men. Now she feels feminism has become a hate movement founded in tribalism ready to attack anyone who doesn’t toe the line. The proof is how many so-called feminists try to call her anti-woman just because she speaks up for general equality.

Lisa Britton is a children’s book author and illustrator because she, well, loves kids. Specifically, she thinks they’re our future and deserve to be encouraged and empowered. That’s why she’s been so put off by the messages we currently send our boys like “the future is female” and the boy crisis in education.

She’s especially outspoken against the victimhood mentality, which she sees as a lie that holds back girls and ignores boys. Her main goal is fighting the division and helping boys, girls, men and women all reach their full potential.

Janice Fiamengo is big into free-speech, individual liberty and the right to think for yourself. It’s no surprise then that she stands against the social media mob that demands women toe the line.

Many of her tweets defend men’s issues, but many others equally fight for women, often issues that her critics tend to overlook. More than anything, she points out the hypocrisy so rife on platforms like Twitter.

Plenty of people have tried to cancel Bettina Arndt over her apparently horrendous view that men deserve as much respect as women. She began as one of Australia’s first sex therapists where she both learned about speaking up about controversial topics and the issues men face in society and personal relationships.

Cassie Jaye was once a die-hard feminist, but now she says she’s shed the label. This was mostly because of her work producing the Men’s Right documentary The Red Pill. After interviewing men’s rights activists and discovering a number of important issues, she realized the need for true gender equality, not a movement that puts men and boys on the backburner.

Besides her documentaries, Jaye has given TED talks and is active on social media.

Dr. Debra Soh is a neurologist who’s objective scientific findings have still brought her criticism from those who want to promote misandrist and misogynistic narratives. She has publicly stated that she’s become disillusioned with the term feminist even though she still believes in gender equality.

Much of her scientific work involves the neurology of sexuality, which uncovered a lot of myths about men and women. These discoveries inform her book The End of Gender: Debunking the Myths About Sex and Identity in Our Society.

Kat used to be heavily involved in social justice activism, but gave it up after she “realised how limited and divisive a lot of it can be.”

Now she prefers a more inclusive worldview that aims for equality, something she’s still passionate about.

Chloe Roma is determined to unite men and women and end the divisive narrative of victimhood.

Her posts critique many of the false assumptions out there about men and women and the feminist hypocrisy that surrounds men’s issues.

Female Fed Up With Feminism (@Femalefedupwith)

The username says it all. Female Fed Up With Feminism is a woman who’s tired of the totalitarian foot of radical feminism and prefers egalitarianism instead.

She regularly calls out feminist hypocrisy and discrimination in the mainstream media and education.

Her guests include everyone from politicians to victims of discrimination.

As you can see, Hanna Wallen is outspoken about a lot of issues. One of her biggest concerns is how radical feminism leaves men behind and prevents us from adequately addressing their problems.

As well as being active on Twitter, she’s a contributor at AVoiceforMen.com and HoneyBadgerBrigade.com.

The Prim Reaper primarily uses Twitter to promote her YouTube channel that takes a hard look at modern gender equality.

She dissects things like the contemporary narratives on masculinity and the men’s rights movement. She does all this with real data and research.

Rita Panahi has seen the world from many perspectives. Born in Arkansas to Iranian parents, she returned to Iran in the 70s. Now she lives in Australia where she’s a journalist writing for The Herald and Weekly Times.

Her columns critique modern radical feminism while at the same time speaking out for women’s rights in the developing world.

Whether you’re male or female, if you believe in egalitarian values around gender equality, it’s important to follow these women. Like the progressive men during the women’s suffrage movement, they’re able to rise above their own gender and view gender equality issues with a truly inclusive and fair mindset.

It’s a rate trait, but all of these women prove that it’s possible to stand up against all gender inequalities and privileges, even those that benefit your own gender. That’s the sign of a true egalitarian.