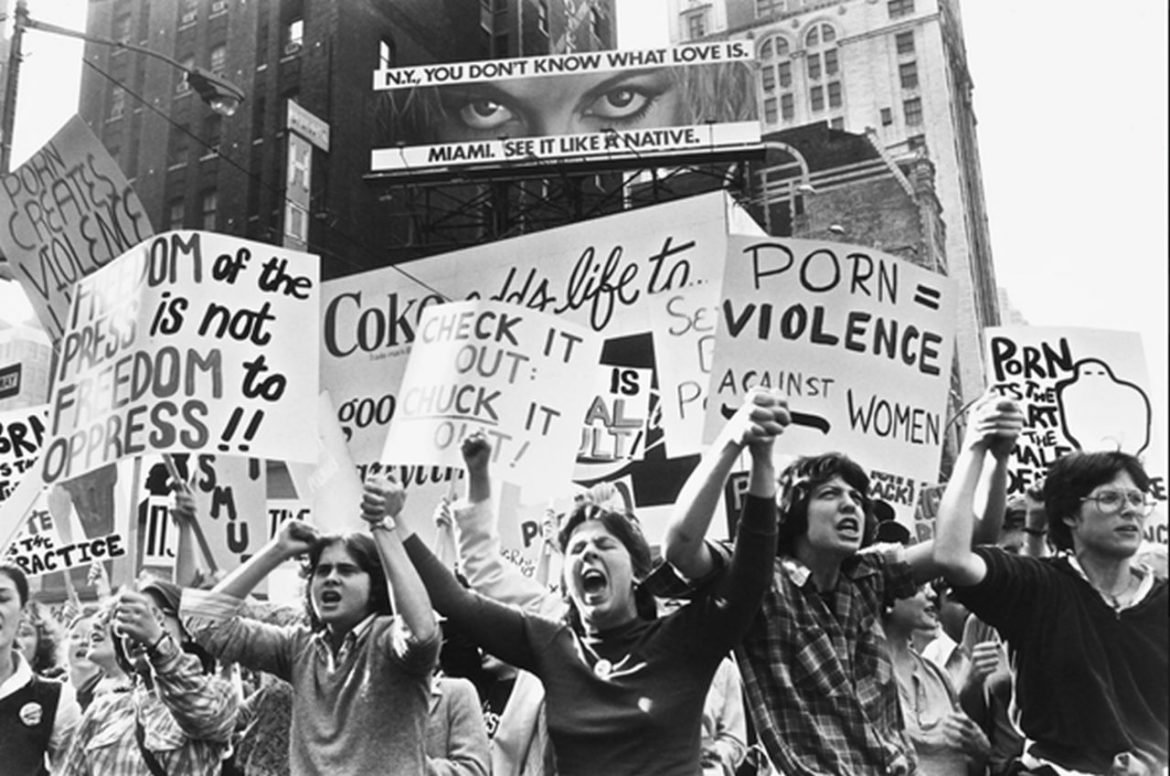 “Summing up, cult is generally viewed within a religious frame, as a collection of religious rituals, as less than ‘religion’, but as more than ‘ritual'” (Hinge).

This distinction is one that is often missed when discussing things of a “religious” nature; that something can be religious while not being a religion, and also being more than mere ritual.

Modern Feminism is, at its core, a fundamentalist cult. Rather than the worship of a specific person or deity, it demands the religious worship of an ideal, and the acceptance of religious “doctrines”. It is more than mere ritual, but not yet a religion.

There is a slight but important difference between a religion and a cult.

In The Future of Religion: Secularization, Revival and Cult Formation, Rodney Stark and William Sims Bainbridge relate how Charles Y. Glock’s work defined the different dimensions of religious commitment. There were five dimensions, or modes of commitment, that all religions share – all of which are interdependent:

In fact, this is exactly what we find.

Feminism demands that its followers accept certain doctrines as true – even if those beliefs conflict with the available evidence. These core beliefs mostly relate to the existence of a “patriarchy”.

To be a feminist, a person must believe something that contradicts all evidence: that a sexist and misogynistic force exists that systematically oppresses only women.

The dictionary definition of this social force is something:

“… marked by the supremacy of the father in the clan or family, the legal dependence of wives and children, and the reckoning of descent and inheritance in the male line.” (Merriam-Webster)

However, feminists define the patriarchy even more narrowly.

They define patriarchy as a hierarchical system wherein men have more power and privilege than women; a society where women are systematically oppressed by men, or systems created by men.

If the patriarchy were real, then we would expect to see men enjoying all of the entitlements that women now enjoy, such as:

The most efficient refutation of the patriarchy is the data that proves how often and how significantly men are disadvantaged or oppressed in specific situations, compared to women.

Despite this fact having been proven over and over again, feminists refuse to abandon their religious belief in the patriarchy – because the assumption of a patriarchy is a necessary requirement to maintain the feminist Belief Dimension.

From the myth of the patriarchy comes every other feminist belief – all of them founded on the idea that men are always the perpetrators, and women always the victims. These are all religious beliefs; their foundation is not data, evidence, or logical proofs, but, rather, the baseless faith that they are simply true.

While feminism does not require a belief in the supernatural, it does exhibit all of the other attributes of the Practice Dimension. Feminists are devoted to an ideology that, as discussed above, is baseless and entirely unsupported by evidence (in this sense, it is similar to the worship of the supernatural – like the belief in invisible cabals that run the world, like the Illuminati).

Such a commitment to confirmation bias is almost always the result of a religious impulse, one that originates from an innate desire to worship that which appears transcendental.

This isn’t to say that a feminist is stupid. In matters of daily life, most feminists, like religious fundamentalists, are perfectly capable of making logical, rational, and evidence based decisions – they just don’t. When it comes to their feminist ideology, a competition of needs arises that ultimately ends in the abandonment of critical thought, in favor of confirmatory thought.

This process occurs because the religious mind is motivated by emotional and psychological needs rather than a desire for truth. For a religious person, the pain of adjusting a preconceived notion is greater than the pleasure that keeping the notion produces – even if the idea is erroneous.

In psychology this is known as cognitive dissonance.

In the case of traditional religious believers, followers choose to stay faithful so that they can maintain the belief that someone is always looking out for them. That all of their problems will eventually be solved. That there is some meaning to their life and some purpose for why they exist.

Also, to maintain a sense of belonging.

These reasons (and the others not mentioned) arise from a believer’s emotional and psychological deficiencies. Religion is the band-aid for their psyche. It is no different with feminism.

Feminists are psychologically dependent on concepts like patriarchy and victimhood, because these concepts fill a psychological or emotional need. Feminists believe that they’re oppressed and that they fight for something holy and transcendental.

They believe their efforts will bring about a righteous revolution. Their ideology closely mirrors Judeo-Christian religions: The “oppressed” look to the “holy” scriptures or tenants of the faith to find purpose, meaning, and inspiration.

Those scriptures include a call for transcendental change; a “casting out” of “demons”, an “armageddon” where evil will one day be destroyed, and the “righteous” will “rule the Earth”.

For the feminist, armageddon is the destruction of the patriarchy, and the demons that must be cast out are the mustache-twirling men of power.

Feminism requires an absolute devotion to and worship of these religious concepts, but none of those concepts relate to any facts. None of them relate to evidence. Both formal feminist rituals (lobbying, protesting, and other public engagements) and devotional acts (such as the worship of: the patriarchy myth, the wage gap myth, domestic violence myths, and more) prove themselves to be entirely faith-based.

The Feminist Knowledge and Consequences Dimensions

Though feminists likely do not have a religious experience to speak of, (they do not directly communicate with or experience the supernatural) they are expected to have knowledge of the basic tenets of their faith, and there are consequences for abandoning or questioning those tenets.

Perhaps the best examples that illustrate this are the many feminists who, upon questioning the belief system, are suddenly treated as pariahs.

For example, Cassey Jaye, a former feminist and creator of the documentary, The Red Pill, has been attacked by feminists the world over, for having dared to show a man’s opinion on men’s rights. In an interview, Jaye said: “I am shocked by how it’s been received and how it’s been slandered” (Jaye).

In other cases, they attack those who question the tenets of the belief system as a “pick me girl” or other names.

Feminists routinely silence anyone – man or woman – who disagrees with them. They legislate and lobby against equality, and demand special privilege. If a Men’s Rights Movement event is scheduled, they show up to shut it down.

Feminists demand that you know everything there is to know about why feminist culture, but they vehemently deny any of the evidence that proves that they’re wrong.

Those feminists that dare consider contradictory evidence are punished: slandered, verbally abused, silenced, or banished. All of this fits well with the Knowledge and Consequences Dimensions; feminists demand that you have knowledge of (and accept) specific tenets of their faith and elements of feminist culture, and should you deny those things, you are excommunicated.

So, we’ve established that feminism is a transcendental belief system, that it has certain rituals and devotional requirements, that it has knowledge requirements relating to feminist culture, and that denying its tenets results in punitive consequences.

Out of the five dimensions, only one is absent, experience, because feminism does not require the experience of a supernatural being (but it does require the worship of transcendental ideological tenets).

There is no formal, organized feminist religion. It would appear then, that feminism resides squarely between mere ritual and religion; a cult. But what of less academic definitions of “cult”?

According to Cult Research, there are four dimensions to a cultic group:

Feminism has all of these dimensions. We’ll look at each in turn.

Feminism is a cult. It fulfills four out of five of Glock’s belief dimensions, and it fulfills all of the definitions listed by Cult Research.

It also fits the general definition of a cult: A transcendental belief system that is not mere ritual and not institutional religion; a belief system that propagates by faith and inspired leadership but whose tenets are unsupported and non-evidentiary.

The members of cults are generally known to be indoctrinated in some way or another, and this is clearly the case with the modern feminist movement. Feminists are quite literally fighting against an imaginary enemy. A religious impulse causes this abandonment of critical thinking, and that abandonment has resulted in radical fundamentalism. Feminism is, on the whole, an irrational and illogical position to hold in today’s world.