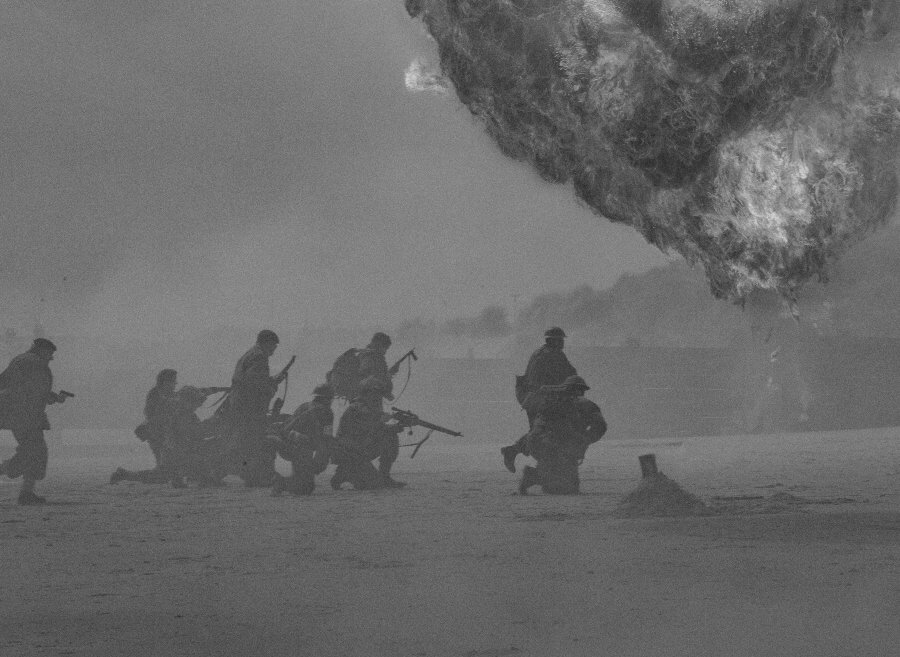 In 1914 Admiral Charles Fitzgerald founded the “Order for the White Feather”. Women from the Suffrage movement and early feminists traveled around Folkestone and gave out white feathers to each man who was unwilling to enlist in the army.

The white feather represented cowardice, and the movement’s sole purpose was to humiliate men and send them to the trenches.

This feminist propaganda was a successful one. Many men didn’t wish to leave their families and children behind, but due to these shaming tactics they signed up (and many died) in droves. After receiving the feather, even young boys barely 16 years old enlisted.

Not much has changed with the coming of the new decade. Women still expect men to carry on many traditional male gender roles. If a man refuses to be the cookie-cutter stereotype, he is labeled as weak, different (the “incel” label is a good example), and not suited to be part of society.

1. Men always must pay on dates.

Do you remember the times when feminism was about female empowerment? About being able to do what men did? About having the right to vote and own property?

Flash-forward to the 20th century. Most women still believe they need to be pampered, and the arena of dating is no exception.

It’s not a secret that if a man goes on a date, he better bring cash. Even though most women claim they want equality, their opinions conveniently change when it comes to paying the bill.

The issue is not that women don’t have their own money (especially now), but traditional thinking still persists that men should be a “gentleman” and be the ones to pay.

Simply splitting the bill is not an option either. If a man casually brings up this idea, it puts him in a position of looking like a penny pincher and not “invested enough” in his date.

This idea that men must pay the bill is firmly cemented into our culture. If you turn it around and say women should pay, you’d be accused of being a “misogynist”.

This is just one way many women embrace “gender equality” operate a double standard to their own advantage. Be a “gentleman” and pay, or don’t and receive a metaphorical white feather.

2. Men must make the first move.

Dating is a drag for each gender. There’s always the possibility of being disappointed and left feeling even lonelier after. But for men, it’s exceptionally stressful. Most women expect men to make the first move. And the one forced to make the first move must face additional uncertainty and fear.

This gender role puts men in a position that’s difficult to escape. If they don’t initiate, women are reluctant to consider them as boyfriend material because they’re considered too passive.

It’s completely understandable why men today would hesitate to ever make a move. Modern feminism promotes the ideas that women are always victimized and perpetuates the myth that women always need to be on the lookout for evil rapists. How is a man supposed to even initiate a kiss, a touch, or even a look?

3. Men should do more difficult/dangerous jobs.

Current feminism insists that women are capable of anything a man can do, and therefore can take on backbreaking and dangerous jobs like lumberjacks, miners or builders if they want to. Unfortunately, few women are choosing to.

Masses of women simply aren’t waiting in long lines to enjoy their freedom to be hired as truck drivers or concrete workers, because they know that men already handle these under-appreciated, difficult, or dangerous jobs.

It’s true that men have made the choice to take on these jobs, however this stems from an overwhelming social expectation that they must provide financial stability to others. They must be providers, even if it kills them. This pushes men to take on much more risk in their work.

This thinking is harmful in many ways. More difficult and hazardous jobs lead to more injuries. And since men are discouraged from seeking medical and mental health care, they try to cope with the aftermath on their own. This results in untreated physical and mental health issues, and as we all know, a shorter life span than women.

4. A man should risk his life/health to protect his woman.

Nowadays we hear more and more about individuality and the right to choose how we live our lives and what’s done to our bodies. But this isn’t the case for men. Traditionally, they’ve always been expected to self-sacrifice their lives or their health to protect women. These ideas can still be found even in TV shows and movies for children.

When danger comes along, men are presumed to take control of the situation, risking their lives in the name of their beloved ones.

Instead of working as a team, women urge their husbands or boyfriends to go downstairs when there’s a strange noise at night.

Don’t get us wrong, clearly there are always exceptions. But in general, the rule of thumb for the majority of women is that their male partners are the ones who have to stand up and be the heroes. To be the “protectors”.

Men are always touted as “heroes” when they value their own lives beneath those of the women around them.

Where are all the women talking about gender equality, shielding their boyfriends, when bullets start flying? It seems that all talk about “equality” goes out the door when lives are at stake.

5. Men should be the ones to die in wars.

The most dominant evidence of the social belief in the disposability of men is the notion that they’re still expected to enlist in the army and spend their prime years struggling to keep their sanity in the trenches.

We started this article with the “Order of the White Feather”, and with a reason. War has always been an instrument for the global superpowers to expand their reign on whole nations at the expense of others, essentially at the expense of males. And those who make those wars are no longer only men.

We humans are so used to discarding our young boys and men in the name of “their country” that women rarely stop to think that this isn’t about masculinity or freedom, it’s about one of the most harmful gender roles that puts only men in a position where choice is eliminated entirely.

Women hold great power when it comes to manipulating men into engaging in self-destructive behavior. Men only want and deserve what we all want – to be alive and healthy.

Why do we consider male life and health inferior to that of women in an age when we’re supposedly supposed to be treat each other as equals?

6. Men should spend money on women to deserve them.

Even though women now take on careers that are well paid and can afford a good lifestyle, men are still expected to propose with a diamond ring, to buy luxurious gifts, and to drive nice cars.

When a man can’t afford any of the things their woman wants, they’re discarded as not “financially stable” and hence, not a good investment in the long run.

Many women see relationships as just that, an investment, where one person, explicitly the male, must show off his colorful feathers like a peacock and “prove” that he’s serious about the partnership.

Bringing gifts (chocolates and flowers, anyone?) is one way to do that, and this is such a baffling concept. It’s as if most women are hardwired to associate gifts with the concept of love.

And ironically, even though feminists claim that women earn less than men, somehow women control over 80% of consumer spending in the U.S. I wonder who’s money they’re spending?

Hugs are cheap and easy, but those leather boots on the other hand aren’t going to buy themselves – amirite girls?

7. Men should not hit a woman even when she is being violent.

If you’re not outraged yet by what you’ve read so far, fasten your seatbelt, because you’re in for a treat.

We should reject violence in any form, toward any gender or race. So the statement that men should never hit a woman, even if she’s being physically violent and dangerous, is completely hypocritical.

Yes, men may be stronger, but that doesn’t mean when a woman is throwing heavy objects at them or brandishing a knife, they don’t have the basic human right to defend themselves.

Each person has every right to escape pain and psychological danger. Just because they are physically stronger, does not mean that they should have to sit passively and absorb being slapped, punched, kicked, or worse.

And before you say “well, that doesn’t happen”, the reality is that untold cases of men being abused by their female partners go largely unreported, simply because many men are afraid of the social stigma. And their female abusers know this.

Men are not only left without any means to protect themselves, but are also left alone with no hope for compassion and understanding by an uncaring society.

The truth is that both men and women face harmful gender expectations, not only women. Yet, traditional gender roles of men are always neglected and never talked about.

Feminism denies the existence of harmful male gender roles. And when they attempt to face them, they make the dubious claim that men are the ones who place those expectations upon themselves, but this is not the case.

The same claim could be made about women when it comes to body image, anorexia, or not earning as much as men on average as a gender. Yet feminists never blame women themselves for those things, so why then suddenly blame men for harmful social expectations about them?

Most women still expect a lot from men, and are more than willing to put salt in the wounds if those expectations aren’t met. Think about it, don’t our sons and fathers deserve to be free too? Don’t they deserve to keep and spend their own money, just as we do?

Things need to change, and no we can’t put all the blame on men. Because when you’re honest with yourself about all of the expectations you put on men in your life simply because they’re men – you have to come to terms with the truth.