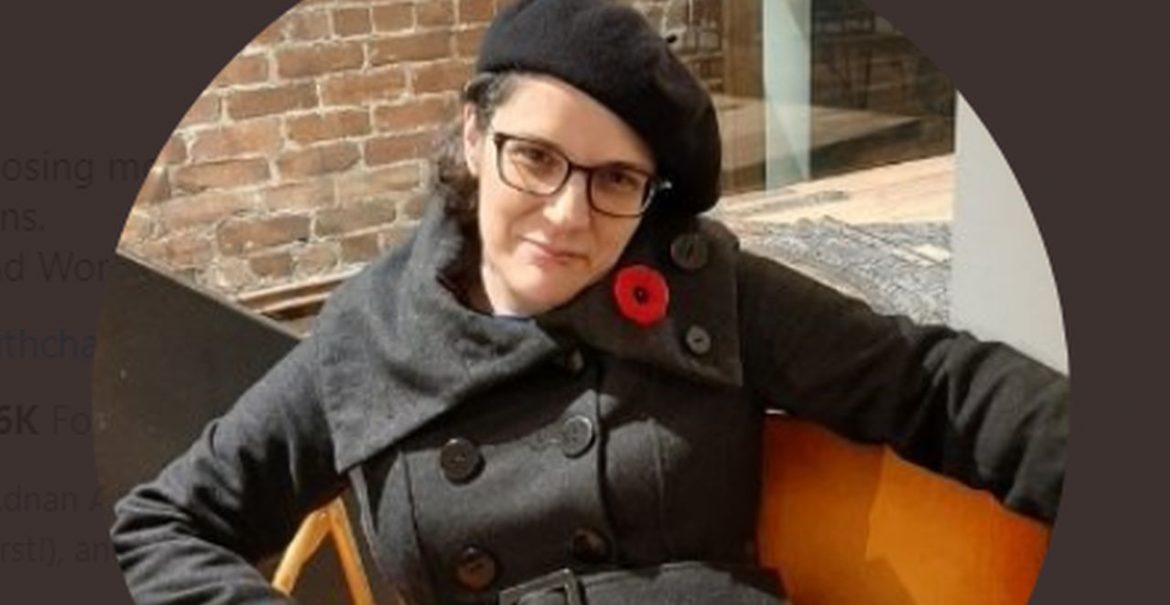 One of the more remarkable aspects of modern day feminism is just how many women are rising up to oppose the hate-based and sexist ideologies espoused by the movement.

One of those anti-feminists is Judith Charpentier, a French Canadian who went to a Catholic high school and, in her own words, was raised in a household where, “One thing that was important to my parents was making sure things were equal and fair between me and my brother. What I could have, my brother could also have, and vise versa. I wasn’t treated differently because I was a girl. I was expected to go to school, get a job, and make a living for myself.”

Judith believes this played a large part in her egalitarian perspectives as an adult.

With almost 13,000 Twitter followers, Judith is currently one of the more influential female anti-feminists on Twitter. In order to get a better appreciation for what a female anti-feminist is really all about and truly believes in, we decided to interview Judith.

To understand what moment creates the sort of “red pill” transformation some women experience, we asked Judith:

“When do you feel you took “the red pill”? Were you always aware of social bias against men, or were you ever a follower of feminist doctrine when younger?”

“Feminism had an important impact on my culture, making it more common for women to choose whatever career they wanted, and the ability to choose whether or not they wanted to have children (although the rejection of religious doctrines also played a major role).

I was what could be called a moderate second wave feminist. About 10 years ago, I was introduced to the website A Voice For Men. That’s around that time I started noticing the double standards and casual misandry men have to face.

I also discovered all the statistics that showed how poorly treated men are in society. This lead to a realization that feminism had been lying to me about the realities faced by both genders; women are not that oppressed, but men are more oppressed than they are willing to admit.”

We’ve noticed that some anti-feminist women tend to be “traditionalist”. Essentially, preserving traditional privileges that women have always enjoyed throughout the centuries, while at the same time seeking to return traditional male privileges as well.

“I have no issue with gender roles. The problem is when they are forced on someone by those who benefit from it.

Feminists might say they take issue with that too, but then they go on imposing certain behavioral norms on men (men need to do more house chores, men need to protect women more, etc.) and on women (women must have careers).

I am not a traditionalist, but I certainly respect those who are. Women who value their roles as mothers and wives have been pushed aside and ridiculed by feminists. They are demeaning responsible and dutiful women who are devoted to others because they assume these women are being controlled by the patriarchy.

Creating a war on gender roles have pushed feminists to become misogynists who think women can’t think for themselves and can’t know what’s best for them, but also misandrists who think men are nothing but oppressors and manipulators and that only through the teaching of feminism can thy be redeemed.

When exactly did feminism start falling astray from the ideology of equal rights for all? This is a topic we explore often here at WokeFather and something we were curious to get Judith’s opinion about.

“When do you think feminism started failing? Was it from the beginning, or only the modern wave of feminism?”

“I think feminism started failing when they embraced radicalism. That’s when a shift seemed to have occurred from normalizing the independence of women and fighting for their rights to the normalization of the hatred of men and the need to destabilize the whole of society (smashing the patriarchy).

They stopped attacking injustices and started attacking men. That would mostly be around the third wave of feminism. That’s when they started rejecting their own principles in order to wage a gender war.”

Lack of Empathy for Men

Another aspect of modern feminism we cover often is the empathy gap between men and women. These include issues such as longer sentences for men for the same crimes, lack of support for male domestic violence victims, and generally less empathy for men suffering from issues like depression.

“Why do you think it’s so difficult for men to get empathy from society for things like homelessness, suicide, education, criminal court bias, and so on?”

“I think ingrained in us is a desire to value women more. Feminists might say that women used to be treated as property but property as a value. Women are valuable just for existing, while men have to create their own value. Most of them never rising above being of value to their family or employers.

Feminism has caused an over inflation in the value of women and a under valuation of the value of men. On top of that, they have cast men in the role of evil oppressor who are stopping the world from progressing forward.”

Feminism is a Hate Movement

In our explorations of feminism, we’ve noticed many common elements that make it identical to many other hate movements throughout history.

To explore this further here, we asked Judith:

“You’ve mentioned many times on Twitter that you believe feminism is a hate movement. Can you expand on what it is about feminism that makes you believe this?”

“The typical idea of a hate movement would be the Ku Klux Klan. People go to and are accepted in such groups due to their shared hatred of the “other”. Feminism isn’t a hate group in that sense.

What attracts people to feminism is the realization of the injustices faced by women. Once they start being active in the community, they develop a hatred of men. They’ll teach you about the patriarchy, about men having too much power, about how there is a gender class struggle that women are losing and about all the ways men prevent women from being who they truly are.

In short, you don’t have to hate men to be a feminist, they’ll train you. There is no feminist doctrines that teaches about valuing men and masculinity. So what hope do feminists have of not becoming hateful?

Feminism teaches you to hate the “other”. That’s the difference between feminism and a typical hate movement. The worst part is that I don’t think this is their end goal at all. It’s just what happens when you lack the ability to remain objective and see the effect of your own teachings on people.”

A frequent claim by feminists is that anti-feminists promote misogyny and sexism against women. Those who’ve taken the “red pill” know this isn’t at all true. Unfortunately, it’s repeated so frequently in mainstream media that many people believe it.

We were curious what Judith’s take on this is, so we asked:

“Feminists often say anyone who isn’t a feminist is a sexist, anti-women, or just want women to lose all the rights they’ve gained. How do you respond to that?”

“By rolling my eyes. There is no evidence that the women who reject feminism do so because they want their rights taken away.

This is one of the most common misconceptions about anti or non feminist people. It’s a simplistic, black and white view of things that can only arise from someone so tribalistic that it prevents them from objectively looking at the world.

I also see it this an ideological person incapable of observing reality for what it is. That’s the danger of ideological possession. People like that are looking for easy excuses instead of taking the time to understand. Because if they did, they might discover feminism isn’t as perfect as they think it is and that we might have a point in criticizing it.”

So, where do we go from here? If feminism has devolved into a hateful ideology that pits genders against one another, what’s a better path for those who truly believe in human rights and true gender equality?

As usual, Judith puts it best in her final words during our interview.

“I think the way forward is through egalitarianism, where the belief of equality is understood as a useful guideline to make things more fair.

Feminism as become too much of a religion. It’s too strict and limiting. The mindless adherence to the feminist faith prevents them from progressing. It’s time to move beyond feminism and evolve.”

And with those final words, all we can say is who could disagree with such a statement? Anyone who truly believes that all men and women deserve equal rights and protection from discrimination should agree with it.

Feminism is a failed movement. A hate movement. The only way forward is by respecting and having empathy for everyone, regardless of gender. The way forward is egalitarianism. Not feminism.

Men, Not Women, Are Disadvantaged: These Statistics...

Emanuel Cleaver – How A-Women Is Not...