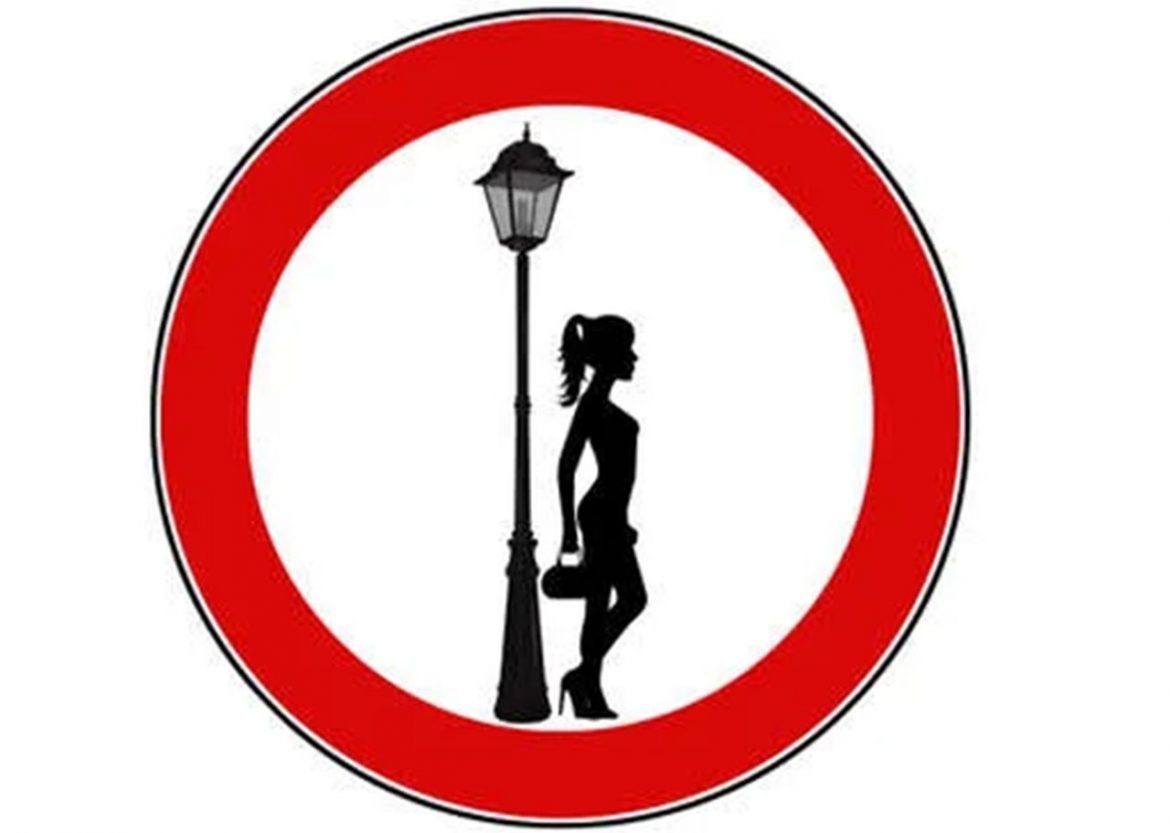 With increasing sexual liberalization, laws prohibiting prostitution have rightly come under criticism as archaic and oppressive. As a result, many Western nations like Germany have legalized the practice entirely or decriminalized it. However by far the most common approach in both Europe and the US is to legalize the sale of sexual favors while still criminalizing their solicitation. In other words, police can arrest the man paying for sex but not the woman providing it.

This is because, like most subjects regarding gender equality these days, prostitution laws aren’t viewed through an objective lens, but rather under the assumption of “patriarchy” and a social system where men subjugate and oppress women, in part with laws.

While this view makes no sense on the face of it, since prostitution can only exist if there is male demand for it, it also widely ignores and overlooks the effects of anti-prostitution laws on men.

Indeed, prostitution laws evolved over time to serve certain social purposes that are no longer necessary in the modern era. They were not designed by men to oppress women, rather they were created to negatively impact both genders equally to outright stop the act entirely.

The Origins of Prostitution Laws

While prostitution might be “the world’s oldest profession,” laws banning it aren’t quite as ubiquitous. In fact, in ancient times in both Eastern and Western civilization, prostitution was a legal and widely accepted practice. Even in the Middle Ages, though legality and attitude varied by region, it was mostly tolerated and sometimes even celebrated, with theologians like St. Augustine claiming that it provided a necessary service to young men who would otherwise become sexually frustrated and potentially turn to violence.

Strict laws and negative opinions of prostitution began to develop in the 16th Century. Historians believe this was primarily because the discovery of the Americas brought syphilis to Europe. As a result, prostitutes quickly became recognized as a vector of disease.

Anti-prostitution laws’ sanitary purpose can further be seen in the 19th Century with policies like the British Contagious Diseases Act. The act was aimed at curbing venereal disease in the British military and authorized police to arrest prostitutes and subject them to pelvic exams. Infected prostitutes were then sentenced to a term in a hospital.

This also explains why laws against prostitution became much stricter in the United States in the 1980s. Like syphilis in the 16th Century, the AIDS epidemic focused public attention on prostitutes as vectors, whether valid or not.

Combating disease was likely the primary reason for anti-prostitution laws, but another was the preservation of the family unit. As opposed to hunter-gatherer tribes, agricultural societies around the world have long relied on the nuclear family unit for social cohesion, in large part because it has historically helped ensure that large amounts of children—and women—would be cared and provided for.

This is because until the industrial revolution, agricultural society required a much larger amount of physical labor that women who were pregnant or breastfeeding couldn’t do. Therefore, a husband and father was needed to do the work that would support the family.

Prostitution threatened this culture for two main reasons. First, it countered the norm of monogamous relationships and presented a temptation or alternative to marriage. More importantly, prostitutes could get pregnant and have children without a father to support them.

This can be seen in the campaigns to criminalize prostitution in the United States at the beginning of the 20th Century, like that of the Woman’s Christian Temperance Union. This movement openly viewed men as morally inferior to women and believed that male vices such as drinking alcohol and soliciting prostitution were threatening homes, families and society at large. Consequently, they needed to act as “citizen mothers” and ban these practices.

How Laws Banning Prostitution Hurt Both Men and Women

During the last century, a lot of research and activism has been devoted to prostitution, but almost exclusively to how it affects women. In fact, according to a study from  Dr. Ronald Weitzer at George Washington University, most research into the subject has been negatively affected by the open bias of the radical feminist sociologists leading the helm.

For example, rather than destigmatizing prostitution altogether, they have attempted to paint the men soliciting prostitution as abusers, sexual predators and misogynists, despite the fact that Weitzer’s study found “johns” to vary significantly in attitude and motivation, not being particularly violent or misogynistic.

Similarly, feminist academics have constantly attempted to portray prostitution’s negative effects on women as resulting from the “patriarchy” and a misogynistic society. For instance, a frequent talking point is that through the 80s, police arrested prostitutes more often than johns at a ratio of 3:2. While this is true, the reason isn’t patriarchy, it’s simple logistics. Police can more easily answer a prostitute’s ad than track down a man who’s solicited prostitution.

Arrests Are Now Biased Against Men

Nevertheless, because of the outcry, valid as it was, police departments around the United States have started focusing more on arresting johns over the prostitutes themselves (even both are actively committing a crime). As we see, this is merely another example of the feminist bias failing to address true equality as its adherents often claim. Instead, they tackle a problem that affects both genders by only solving it for women, thereby making it even worse for men.

So yes, anti-prostitution laws certainly harm women. They send sex workers to jail for a victimless crime and push the industry underground where it can be exploited by organized crime and human traffickers.

But the industry also harms men. There’s a reason that throughout history, prostitution has been tolerated more often than not. Even in societies that considered it immoral, it was often described as a “necessary evil.”

This is because, as St. Augustine pointed out, sex is a powerful (note: not evil or immoral) need for men. When this need isn’t met, it causes considerable distress that can range from depression to anxiety and impulsivity.

When laws against prostitution have been enacted, the purpose has been to prevent disease and unwanted pregnancies, but with modern birth control and medical care, these are no longer valid justifications. Instead, the legalization of prostitution would benefit both women and men. As opposed to enacting laws that legalize prostitution but still penalize men who solicit it, we should pursue true equality and liberty for all.

A Better Mental Health System for Men: What does it Look Like?

Men Deserve Equality Too: And Why You...