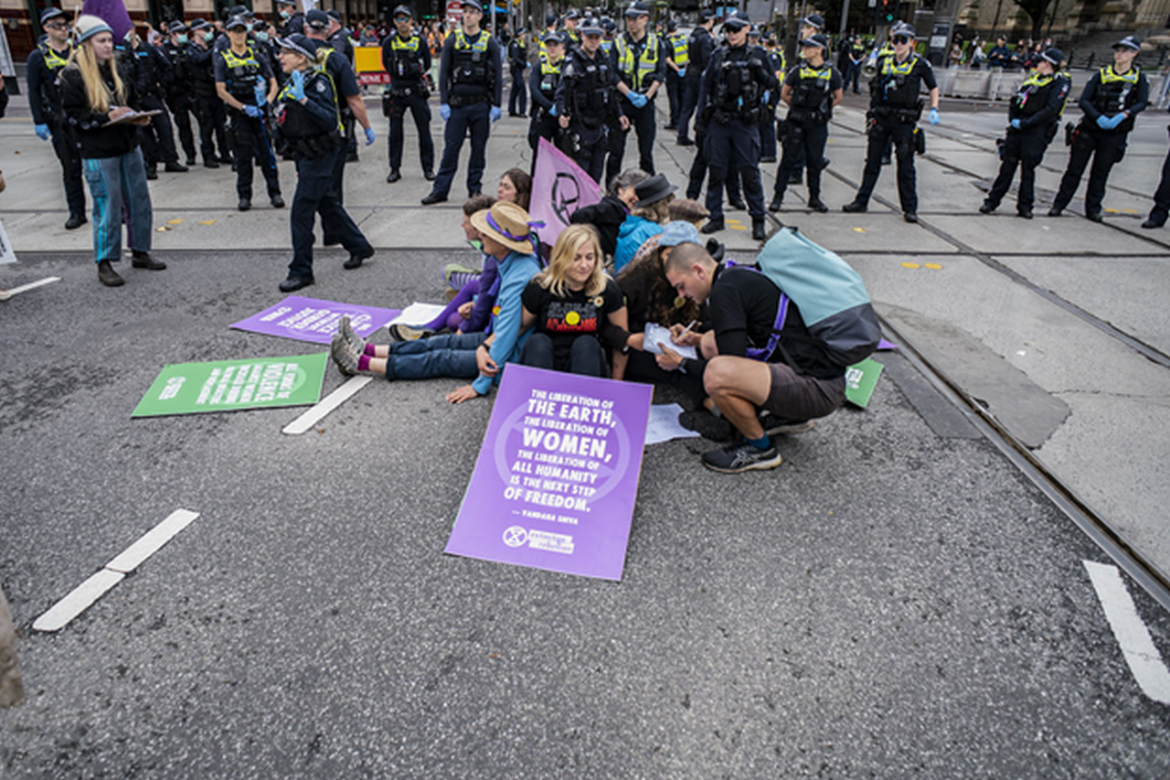 Recently, many articles have come out that promote something called “climate feminim.” The idea behind this movement is that climate change is a result of patriarchal social structures and as a result consequently harms primarily women.

It advocates for a melding of the feminist and environmental movements and for policy and governmental action that addresses climate change within the context of gender equality.

Is this kind of movement actually valuable, though? In reality, feminists are co-opting an important issue with a dishonest narrative. In the long run, this actually gets in the way of meaningful and helpful action regarding climate change.

“Climate feminism” is just an exaggerated version of a common feminist narrative, which is that disasters and crises disproportionately affect women and are therefore ignored by men and the “patriarchy” through which they control the world. In many cases, major political organizations and governments manipulate and fudge statistics to support this narrative.

For example, the WHO famously published a review of their natural-disaster mortality statistics with the conclusion that natural disasters have a more “dramatic effect” on female life expectancy than male. This was then even further misconstrued in the popular media as proof women die more often in natural disasters.

The truth was that adult men died at much higher rates than women, but male and female children died at equal rates. As a result, the average age of a female victim was much lower, allowing them to spin the data by claiming natural disasters had a bigger effect on female life expectancy. But this was only because adult women were more likely to survive than any other demographic.

This same spin comes into play when feminists talk about climate change, and they attempt to make women out to be the primary victims of the crisis—and the only ones deserving of any support. As usual, though, this is a disingenuous narrative founded in lies and manipulation.

The reality is that men are often the silent victims of crises.

I remember reading In Order to Live by Yeonmi Park, which is the author’s story of escaping North Korea and being sex trafficked in China before finally making it to South Korea and then the US. She explains that 70% of North Korean refugees are female, most of which are sex trafficked.

Without context, this makes it seem like women suffer more under the North Korean regime and of course the subsequent sex work they’re forced into.

However, Park describes the overall picture that shows us the truth. For starters, she explains that it is much easier for women to escape North Korea. The authoritarian regime punishes men who escape much more severely because men are needed for the hard labor that supports the technologically impoverished economy.

Plus, many smugglers who help North Koreans are secretly looking for women to sex traffic. They help women escape North Korea only to sell them into prostitution, so they don’t help men escape at all.

In other words, most refugees are women because the men don’t even have the option to be refugees. While sex trafficking is terrible, men do not even have this avenue available to escape the harmful North Korean regime.

Natural disasters and the climate crisis function in much the same way. If women are the more visible victims, it’s not because women are more affected. It’s because men are either still enduring the crisis, or worse, they’ve died from it.

Despite the disingenuous headline, the WHO data proves that indeed men are more likely to die from natural disasters, a major result of climate change.

But why would anyone try to manipulate numbers in this way? Women are victims of natural disasters and climate change. It’s just that men are also victims, so why try to exclude them? By including both, wouldn’t that impress the importance of the situation even more and rally more people for change?

Of course, but those fudging the numbers don’t actually care about climate change or solving it. They care about their narrative and how it can benefit them. By incorporating climate change into feminist mythology and painting themselves as the victims, they gain another way to justify their desctructive and inequitable policies and rhetoric.

Specifically, climate change serves as the doomsday myth for feminism. While climate change is certainly a real threat and something we need to address, feminist activists frequently exaggerate it as “the end of the world” and ignore any rational discussion of the geological or climatological processes involved.

If you know much about mythology, you probably know that these apocalypse myths usually share some common factors: the sins of mankind and a villain.

With the sins of mankind, feminists can target anything they don’t like and label them as “sins.” These may be concrete things that actually are related to climate change but marginal on the individual level, like driving cars. Or they may be abstract concepts used to guilt opponents, like toxic masculinity. In fact, they may even combine them, claiming that fossil-fuel use is misogynistic and patriarchal.

As you can see here, feminists are the prophets of this apocalypse and men the sinning villains. This doesn’t just allow them a mythology that provides group identity, the primary purpose of mythology. It also helps them paint men as sinners and villains and push through legislation and policy that actively harms men even more.

Just look at this feminist article from a Canadian law professor advocating for carbon taxes and pricing policies with additional economic help for only women to deal with increased prices as a result of the taxes.

“Carbon pricing policies including carbon taxes can and should be designed to avoid perpetuating existing systemic inequalities between women and men and could even be used to help overcome these inequalities by giving women who bear disproportionate income and nonincome impacts additional help for dealing with the price increases caused by carbon taxes. Designing fair climate change policies, including carbon taxes, requires taking a number of actions.”

And the irony is that women contribute as much, if not more, to the problem of carbon footprint since they control the majority of consumer spending and direct their purchases toward products that harm the environment.

Co-opting Climate Change Gets in the Way

For starters, turning climate change into doomsday mythology convinces many people it’s not a real threat and not worth addressing. People not in the feminist in-group see the over-the-top rhetoric and claims that the world will end within six months as blatantly false. After all, they said the same thing six months ago. As a result, they logically decide that climate change is just a lie and resist any collective action against it.

More importantly, feminists use important collective and government resources to serve their narrative. This doesn’t actually help solve climate change. It just helps promote the feminist narrative and their group survival. In the meantime, the rest of us, men and women, will suffer the consequences of poor climate policy.