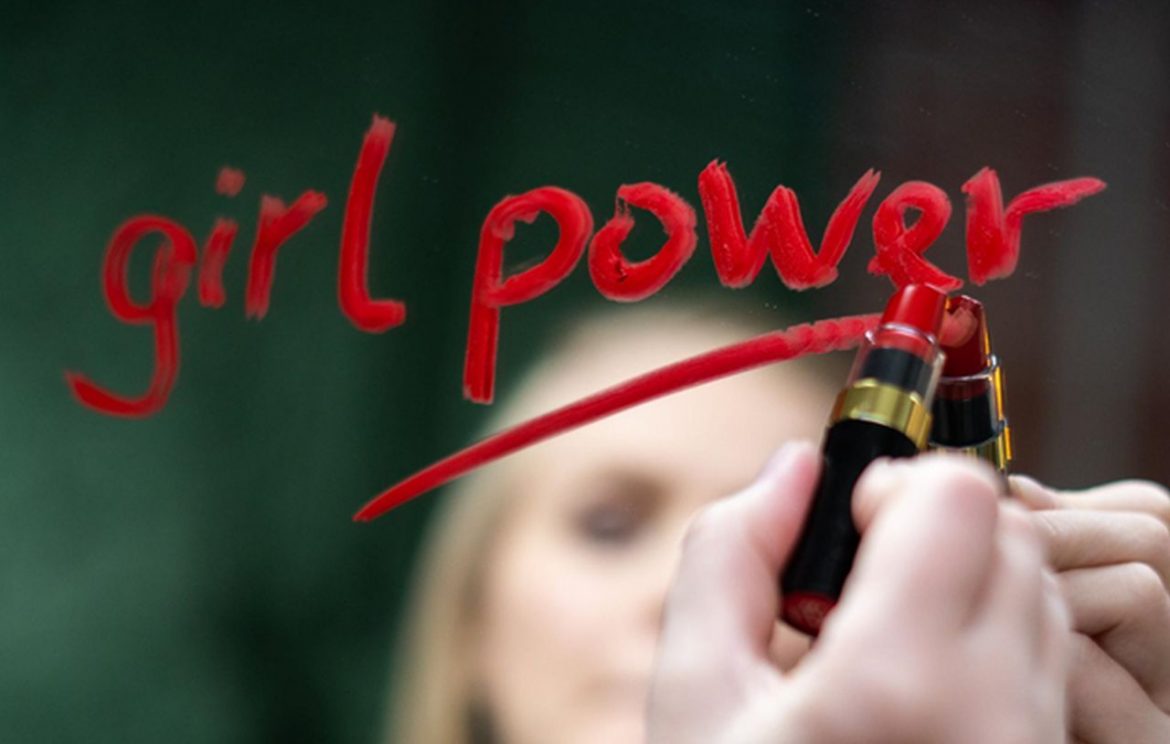 Equal rights is the “concept that every person is to be treated equally under law”, or, “generally, an ideal of uniformity in treatment or status by those in a position to affect either” (Britannica).

Feminists claim that the goal of feminism is to achieve equality and equal rights, yet, they simultaneously claim that sexism toward men is impossible. These claims are contradictory, and are not supported by real life evidence.

The Word “Feminism” Is a Loaded Term

Before discussing how the feminist ideology is sexist, it’s worth noting that the word “feminism” itself is a sexist term.

Embedded in the word itself is a hidden assumption: That a state of inequality (caused by men) exists, and it is therefore justifiable to fight exclusively for women’s rights, but not rights of men.

Though many feminists will forward a no true scotsman fallacy and claim that real feminism is about equality, the fact of the matter is that feminists are not the ones lobbying for men’s rights. In fact, it’s feminism that is the source of many of today’s gender inequalities.

For example, it was feminists who lobbied for the Violence Against Women Act – an entirely one-sided, unequal, and unconstitutional piece of legislation that unfairly discriminates against men. It’s a good law that should have been written in gender neutral terms, to punish violence against any innocent person on the basis of gender. However it was only written to protect women.

When a person realizes that there’s no patriarchy, the term “feminism” loses its usefulness. We already have words such as “egalitarianism” which better describes true equality.

Abandoning those words in favor of a loaded term like “feminism” creates bias at the outset, and ruins any logical discourse from the outset, because  it demands that we beg the question, and accept several false premises without question.

The term “feminism” does not, logically, map out any real path to equality. Nevertheless, feminists like Emma Watson go on claiming that “If you stand for equality, then you’re a feminist”, as if feminism equates to egalitarianism.

If these feminists are truly egalitarians, why do they feel justified in claiming that women can’t be sexist towards men? Anyone truly working toward equality would recognize clear cases where women (and men) within countless institutions discriminate against men based on their gender alone.

Women Can’t Be Sexist Toward Men?

Kat George, a “Bustle” writer, summarily encapsulated the reason why some feminists believe that women can’t be sexist towards men, when she said:

“Sure, men might experience discrimination, bullying or even disparagement of their gender, but this doesn’t equate to sexism. Sexism is institutionalized. Having someone be biased towards you in an isolated context, for instance, a woman excluding a man from something based on his gender, is simply mean or discriminatory, because it’s an individual act, rather than one that’s historically ingrained in the way society operates to the detriment of men.”

Sexism is not contingent on institutionalized bias anyway; this is just a requirement that feminists have added without justification. Sexism is simply discrimination based on someone’s sex.

Secondly, contrary to feminist claims, as described above, institutionalized sexism towards men does, in fact, exist. Feminists like George deny this fact in order to confirm their own false conclusion, which is circular.

What Does “Sexism” Really Mean?

The Merriam Webster dictionary defines sexism (at least until feminists get the definition changed to support their biased belief system) as “prejudice or discrimination based on sex” or “behavior, condition, or attitudes that foster stereotypes of social roles based on sex”.

Interestingly enough, the Merriam Webster dictionary authors also felt the need to include “especially towards women” in their definitions. This further reveals the depth of bias towards men in modern society.

Regardless, the main point is that all logical definitions of sexism make no mention of “institutional” bias, because institutionalization is not required for sexism to occur. Since the term “sexism” was first created, and until only recently, this fact was unanimously accepted by society.

The term “sexism” was coined by Pauline M. Leet in 1965 in an attempt to create a word analogous to “racism”, but one that referred to gender roles.

In her “Women and the Undergraduate” forum contribution, she compared sexists to racists and said that both are:

“…coming to conclusions about someone’s value by referring to factors which are in both cases irrelevant” (Leet).

This definition of sexism is the only logical definition available, even today. To be sexist is, simply, to judge someone’s value based purely on their sex.

Since sexism is entirely based on judgments, it’s a process that is contingent on subjective opinions and human minds.

If the tendency becomes institutionalized, it’s a sufficient condition of sexism, not a necessary one. Caroline Bird confirmed this in 1968, in her book called Vital Speeches of the Day, when she said:

“Sexism is judging people by their sex when sex doesn’t matter. Sexism is intended to rhyme with racism.” (Bird).

Modern feminists have denied this, and created a redefinition fallacy in an attempt to justify their own sexism. They’ve also denied the objective facts relating to sexism toward men.

The existence of institutionalized sexism toward men is indisputable. These facts have been stated before, but they bear repeating. Here are just a few of the ways that society is sexist toward men, due in part to harmful traditional gender roles that have always discriminated against men, and in some examples furthered by the sexist ideologies and efforts of modern feminism:

Far from a lack of sexism toward men, the reality is that there is so much institutionalized sexism against men that it is difficult to fit it all in a single article.

Nearly every facet of modern society operates on the assumption that men are disposable “producers” and violent perpetrators, while women are considered innocent victims of oppression. This assumption is the exact opposite of the truth. Women are not oppressed by men; they have had and still have countless advantages over men.

No Logical Rebuttal From the Feminist

The feminist response to these facts is usually (1) to deny that they exist, (2) to forward a no true scotsman fallacy and claim that “real” feminists don’t want those inequalities, or (3) beg the question and blame the “patriarchy”. All of these responses are easily refuted.

In response to (1), it can simply be said that denying evidence does not erase the evidence. The evidence supporting the claim that men suffer from institutional sexism is vast and irrefutable.

For (2) we can ask: If “real” feminists are truly for equality, then why are there no feminists marching for men’s rights? Why don’t feminists simply call themselves egalitarians and fight for the rights of all? Why do feminists actively lobby and protest against men’s rights? Why do they shut down events and films like the The Red Pill, without even hearing the message first?

For (3), the response is simple: There is no evidence of a patriarchy except the feminist’s assumption that one exists. Circular reasoning does not a sound argument make.

Many feminists are likely smart enough to understand the failures of (1), (2), and (3), so why don’t they change their position?

They don’t change because they are idealogues; enslaved by a sexist ideology. They can’t accept the fact that institutional sexism toward men exists, because their entire belief system would fall apart.

Still, facts are facts. Both simple and institutionalized sexism against men exists, and if a person, male or female, ascribes a lesser value to another person based purely on their gender, that person is being sexist. The institutions listed above in particular ascribe lower value to men’s health and male life.

Fallacies, disingenuous rhetoric, and willful ignorance of the evidence won’t change that fact. What those things do prove, however, is the biased and sexist nature of feminism.

As Dr. Jenna Eilis said in her recent article:

“I have to ask, what exactly defines ‘women’s rights?’ Historically, this meant that women should have the same legal, social, and governmental privileges as men. This is what women traditionally meant by equality — literally, having equal status. But in the past few decades, this idea of women’s rights has evolved to mean some sort of additional, special rights or privileges that position us above men, categorically.”

Dr. Ellis goes on to say that “Feminism has gone from demanding equality to demanding entitlements”.

This statement is proven true by the fact that feminists actively do everything they can to prevent men from having any voice on the topic of sexism. Here are some of the things feminists have done, all in the name of “equality”:

The bulleted list above is but a fraction of the things that feminist do or have done in opposition to equality, all while claiming they are egalitarians.

True equality is about opportunity, not outcome, and in almost all possible ways, women not only have the same opportunities as men, but also have countless privileges. Any discrepancies have been repeatedly proven to be the result of differences in choices, not the result of an all-powerful and oppressive patriarchy.

Feminists refuse to admit this, and actively campaign to make sure that the minds of those in power are continually enslaved to their ideology. They implement fallacy after fallacy, and entirely ignore any evidence that disproves their view. In doing so, they reveal that they are utterly opposed to true equality, and exclusively concerned with gender-based entitlements.