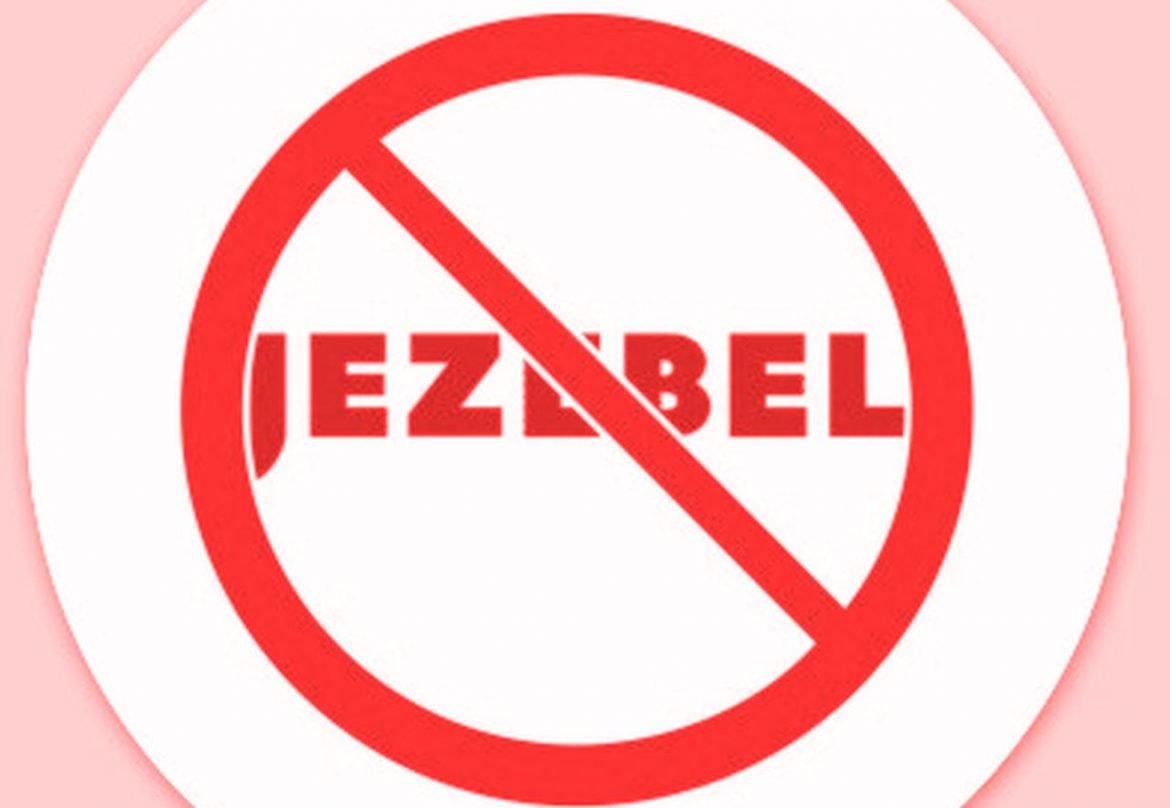 If you go to their homepage, that’s Jezebel’s slogan. I guess that’s their way of admitting that they don’t actually believe in or promote any core, traditional feminist values like equality, justice or even the advancement of women. Instead, it’s a hate site that seems to have no qualms about advocating violence and discrimination against men and just sexism all around, including against women.

Don’t believe me? Well, I don’t even need to do anything to convince you. Jezebel will do it for me. Just take a look at some of the actual content* they’ve published over the years.

Jezebel’s writers can’t seem to make up their mind when it comes to what they think a man should be.

Just take a look at the article “Good News For Complaining Men: You Probably Do Get the Flu Pretty Bad.” Apparently, the Jezebel editorial staff has a major beef with men being “whiny” when they get the flu. The article goes on to criticize an actual study by a medical professional who found that more men actually die from the flu than women.

“Researcher Kyle Sue writes that he was tired of ‘being accused of over-reacting’ every time he got a cold, and he believes he’s found evidence that he is actually a very sensitive flu flower…”

Okay, I get the picture. Men can’t be sensitive. They should just shut up and take whatever comes their way and definitely never take a day off work. (Ironically, Lutkin also has an article about how all the men in her life keep leaving her. Who wouldn’t want to be with a woman who insults you for being too weak, too “sensitive” even when you’re sick?)

Wait a minute, though. In their article “Meryl Streep Does Not Know What Toxic Masculinity Means,” Jezebel seems pretty obsessed with laying down the law about what good and bad masculinity is.

“…what can come of teaching boys that they can’t express emotion openly; that they have to be ‘tough all the time’; that anything other than that makes them ‘feminine’ or weak.”

It’s obvious that Jezebel’s editorial team doesn’t know or even care what masculinity is or should be. Their only goal is criticizing men no matter what they do. In fact, they totally lose the thread in this article about redefining “manly.”

It simultaneously claims that expecting men to be strong has led to most of the world’s problems but also that society is terrible because it doesn’t expect women to be strong.

In other words, we can’t glorify tough men, but men can’t be weak either. And we should glorify tough women, but why are we demanding women be like men? Make up your mind, Jezebel.

Of course, they’ve never considered that maybe they should just let individual men decide for themselves and stop being so judgmental. Or, what do they say when men tell women how to behave? Mind your own business?

Mind your own business, Jezebel.

Jezebel publishes an article against body shaming just about once a week. In fact, it was the issue that got the website started in the first place. Here’s one about Kim Kardashian, here’s another about Wendy Williams and T.I. As you can see, these articles lament society’s obsession with physical flaws and advocate focusing on more important things.

Indeed, articles on Jezebel like “Body Shaming Makes Teenage Boys Depressed, More Likely to Use Drugs” explain why body shaming online and in our culture wrecks the mental health of young men.

Wait, so then what’s the deal with this article making fun of Timothée Chalamet’s appearance, specifically the slightness of his facial hair?

Well, I can’t say I’m surprised that Jezebel picked a feature normally tied to traditional masculinity to insult someone. I guess for Jezebel it’s “do as we say, not as we do.”

Jezebel doesn’t stop with men. They won’t rest until everyone, even women, even feminists, have no options. That’s because Jezebel isn’t actually about promoting any positive social values. It’s just about clickbait that makes its readers, and more importantly, its editorial staff, feel morally and intellectually superior. And of course, hate sells.

In their article “The Lie of Feminist Meritocracy,” Jezebel takes aim at hardworking career women. It makes sure to let all the feminists out there know that their successes weren’t due to their talent or work ethic but basically luck.

All this to disprove popular feminist writer Taffy Brodesser-Akner of the New York Times who claimed that when she acted with the same confidence as her male colleagues, she was able to successfully demand the same rates.

Then there’s this article criticizing Wall Street’s Fearless Girl statue and its recent tribute to the late Ruth Bader Ginsburg. Wait, you say, aren’t those both feminist icons? Well, apparently author Marie Solis hates them and offers no compelling argument as to why. “Supposedly feminist” indeed.

And There Was That Time They Actually Celebrated Domestic Violence…

Don’t worry, I saved the best for last. The most infamous of Jezebel’s sexist and hate-filled articles is actually titled “Have You Ever Beat Up a Boyfriend? Cause, Uh, We Have.”

It celebrates a study which found that 70% of domestic violence is actually perpetrated by women. It includes a long list of admissions from the Jezebel writing and editorial team that they, too, have beaten, assaulted and otherwise harmed the men in their lives.

One editor even claims she slapped a man who told her he was worried he had breast cancer, which apparently “made [them] laugh really hard.”

Like I said, Jezebel doesn’t need any help proving what a sexist, hypocritical yellow-press website it really is. They prove it themselves.