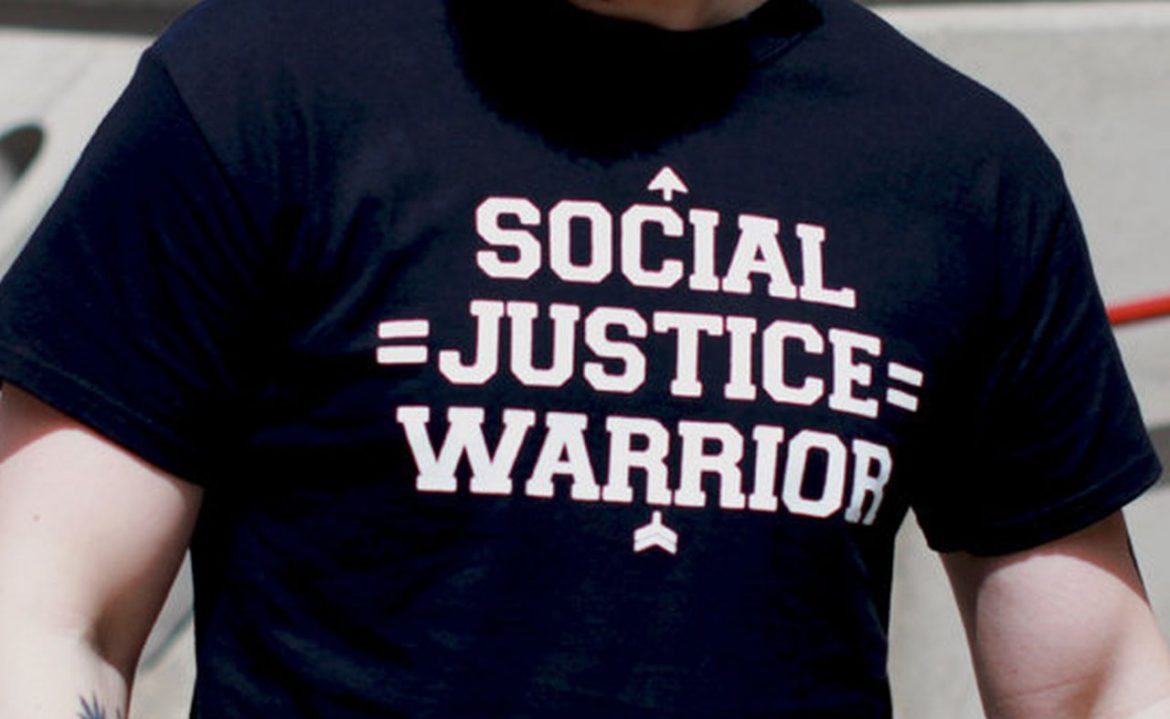 Are you young, affluent and fortunate enough to be the beneficiary of a university education? Are you, nevertheless, instinctively aware that you’re a victim of great injustice, if you could just put your finger on where it is?

Or perhaps you feel shame for your privilege and would like to do your bit for those pitiful minority groups who are crying out for valiant saviors? Are you lacking the creativity to create your own work, but enjoy tearing down the work of others? Well, Social Justice may be for you!

What is Social Justice?

Social Justice is a growing and vibrant youth movement that combines the thrill of the chase and the exhilaration of canceling things with honor. You get the virtue of knowing that you’re making the world a better place, one destroyed bigot at a time!

The concept is simple. Right is wrong, and you can’t be too hysterically left-wing!

When we say “Right is wrong”, we mean everything that anyone who is right-wing says is absolutely, completely, and eternally wrong. As you develop as a Social Justice based left-winger, it is likely that you will move further and further in that direction – partly because your virtue will be sprouting like the wings of an angel, and partly because it’s super fun!

Remember that when we say anyone who is right-wing, we mean anyone. Members of oppressed groups often identify with their oppressors in a selfish attempt to elevate themselves above the level of their natural brethren – they should also be treated with a contempt reserved especially for the scum they are.

And remember that when we say anyone who is right-wing, we mean anyone who is more right-wing than you, so get your skates on and you can quickly become the most laudable and untouchable person that you know!

Social Justice Warriors know that most people in the white-cis-capitalist-patriarchal West are innately bigoted and it’s gonna take a special breed of modern revolutionaries to push back, punch up and pontificate wildly enough to level the many intersecting playing fields that currently institutionally discriminate against the minority interest groups that we champion.

As a Social Justice Warrior, you will learn a range of transferable skills that will set you up to be an effective activist and individual.

And there are many more!

Don’t forget to pursue other important skills like creating strawman arguments to manipulate your opponent’s comments as bigoted, collecting statistics only created by other equally-minded social justice warrior researchers (all other statistics are clearly based in bigotry), and making sure to keep blinders on to injustices suffered by those you’ve deemed as “privileged”, because their ancestors were horrible people – so they deserve it!

Because everything is problematic™, Social Justice can – and must – happen everywhere, and at all times.

This process involves mobilizing comrades to reiterate the message until it can’t be ignored, and informing employers (and others who can hit a Nazi where it hurts), because nothing inspires a person to evolve into a better version of themselves like losing the roof over their head and the food in their bellies.

While this may be a big, engrossing commitment; the good news is that these days you can do it all from the comfort of your bed, thanks to the internet.

Outdoor events like protests and counter-protests can also prove to be very valuable experiences for Social Justice Warriors to bind their networks and build portfolios for their Instagram accounts. Bonus points if you attend wearing a pink vagina hat!

Here’s some additional Q&A to help you fully understand what Social Justice is all about.

A: No! That’s plain old fashioned “Justice”. The addition of the prefix “Social” to “Justice” connotes a total departure from that boring stuff!

Q: Don’t I have to be a member of an oppressed group to advocate Social Justice?

A: Marginalized groups suffer terribly from censorship in white-cis-capitalist-patriarchal modern Western societies, so Social Justice Warriors do prioritize their voices. However, Social Justice comes complete with an ever-expanding list of oppressed groups, and you may be pleasantly surprised to find yourself accommodated in one.

If you don’t, try using your Social Justice imagination to invent a new form of oppression – there are bound to be many like you, who don’t even know they’re oppressed yet but would be so grateful to you if you could wake them up to the fact that they are.

Finally, if you search your soul and do find that you’re a member of the oppressor class, while your comrades may need to seek some safety apart from you at times, you can be sure that they will appreciate your dogged berating of your own privileged peers (which will save them from the exhausting emotional labor that that doing that themselves involves)!

A: Hell yes! Leftism has a noble tradition but it’s a progressive movement. Progressive! Social Justice leftists now are way beyond traditional left-wing thinkers, like John Stuart Mill and George Orwell – and actually such traditional left-wing thinking as theirs is now the staple of modern Nazis, pretending they have principles beyond their bigotry. Our advice is to ignore their work, it is of no value, and to shout down any hateful Nazi-scum who cites it.

Q: It must be hard to learn the jargon?

Misogyny Vs Sexism: One is Gendered and One Isn’t