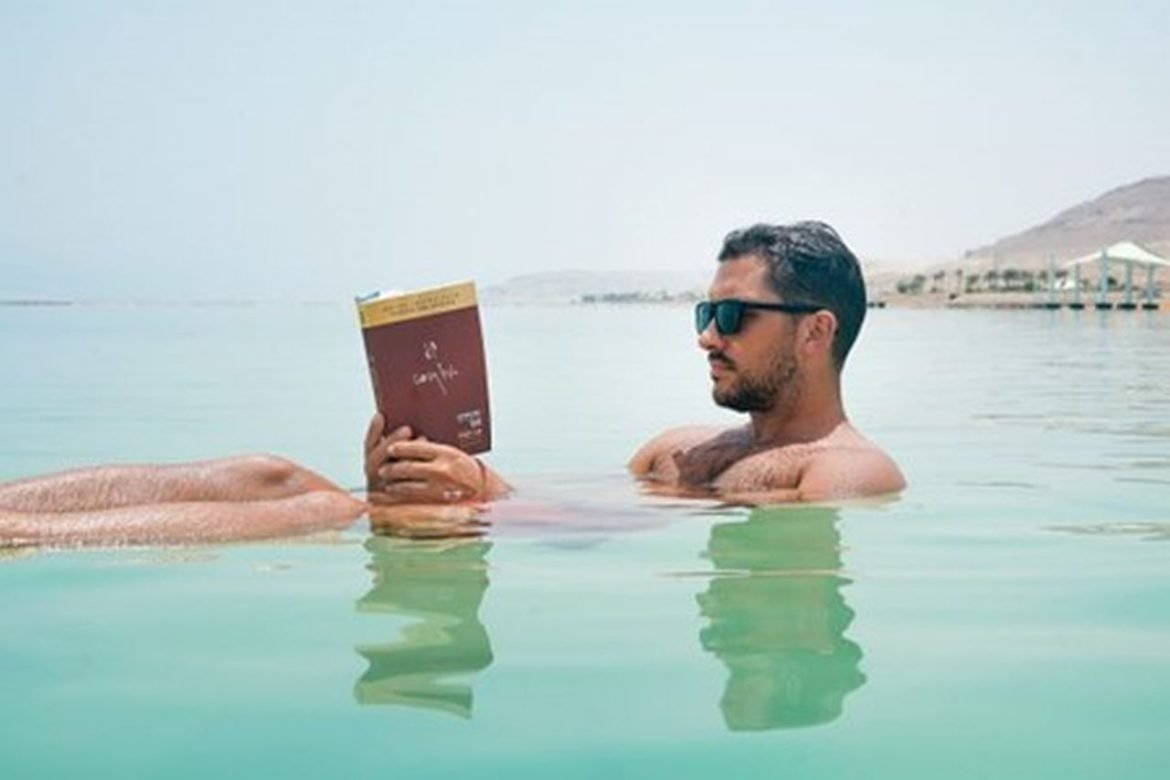 In a perfect world, the man in the picture above would be reading a Louisa May Alcott novel, and at home in the queue on his night table would be others by Willa Cather, Agatha Christie and Margaret Atwood.

Gender aside, there’s no denying that the aforementioned women are literary titans, but the fact is that many men choose not to read their works, opting instead for books written by other men.

Is this yet more proof that toxic masculinity is spreading like wildfire through a broomcorn warehouse, or merely an example of men doing what comes naturally?

There Are Only Six Books Written by Men

She references a July 2021 article from the Guardian by MA Sieghart (her real name is Mary Ann Seighart, but she uses her initials so men will give her books a chance) titled Why do so few men read books by women?.

These examples represent a very small sample, but let’s assume they’re legitimate, because truth be told, they probably are.

That said, it begs the question – so what?

Why Does it Matter What Men Read?

In short, it doesn’t.

However, according to MA Sieghart, when men choose not to read books written by women it narrows their “experiences of the world.”

But do men really need someone telling them how to experience the world?

No they don’t, and if the shoe were on the other foot, how would women respond to a man telling them what they should choose to read?

As a result, in order to “persuade” men to read their books they’ve felt obliged to disguise their genders.

Sieghart claims that female authors generally base their stories on personal experiences, but that they also include male experiences told from a female perspective, and that if men aren’t interested in them, it’s “very damning” and “extremely worrying.”

So, men preferring fiction written by other men is “extremely worrying” and “very damning”?

Hey, What About Romance?

Perhaps Sieghart is speaking generally about all genres of fiction, but let’s look at one specifically – romance.

You guessed it, it’s dominated by women.

What do most of them have in common?

They were written by women, largely because women writers know better than men what female audiences want.

Sure, some men have figured it out, but most haven’t.

It’s safe to assume that most male writers prefer not to work in the romance niche because of lack of interest in a topic mostly women are interested in. And on the flipside, most female authors choose not to write gritty old-school detective novels.

But surprisingly, according to the Romance Writers of America:

In recent years the romance genre has grown to nearly 25% percent of total market share, behind only General Fiction which is a much broader category.

As far back as 2009, Writer’s Digest found that more men were writing romance than previously thought, though many do so under feminine or gender-neutral pseudonyms.

His publisher does include Lowry’s (Greenwood’s) photo on the back covers of his books, so that if turned over, prospective readers will know the author is really a man.

Lowry claims that sales haven’t suffered because of the photos, and from that he deduces that readers are more interested in a good story than the gender of the person who wrote it.

That’s probably true, but if so, why the misleading pen name?

In the aforementioned Jezebel article, Alford states that when confronted with the evidence that they don’t typically read female authors, most men would probably respond by picking up a novel written by one and moving “their eyes over all the words.”

She also cites an experience she had as a grad student, when a fellow male student referred to the school’s Women in Literature course as a “ladies tea party.”

From that insensitive comment she concluded that men aren’t thrilled about reading books written by women, even when they’re voluntarily studying literature in graduate programs.

To counter this, she suggests that, “the rest of us just leave them to their white dude books and stop reading them. There are only six stories contained in all of them together anyway.”

By “the rest of us” Alford means women, but why she chooses to denegrate “white dudes” is anyone’s guess.

Not that it matters, because according to her men have actually written precious few books. She claims that “if you’ve read these six, then you’ve read them all.”

Now without further ado, according to Emily Alford, esteemed PhD, here are those few titles:

What’s it all mean?

Good question, but it can probably be summed up in these two words –

Meanwhile, despite what sexist and hateful writer Emily Alford says, men should still go on reading whatever the hell they want to.

How YOU Can Be a Social Justice...