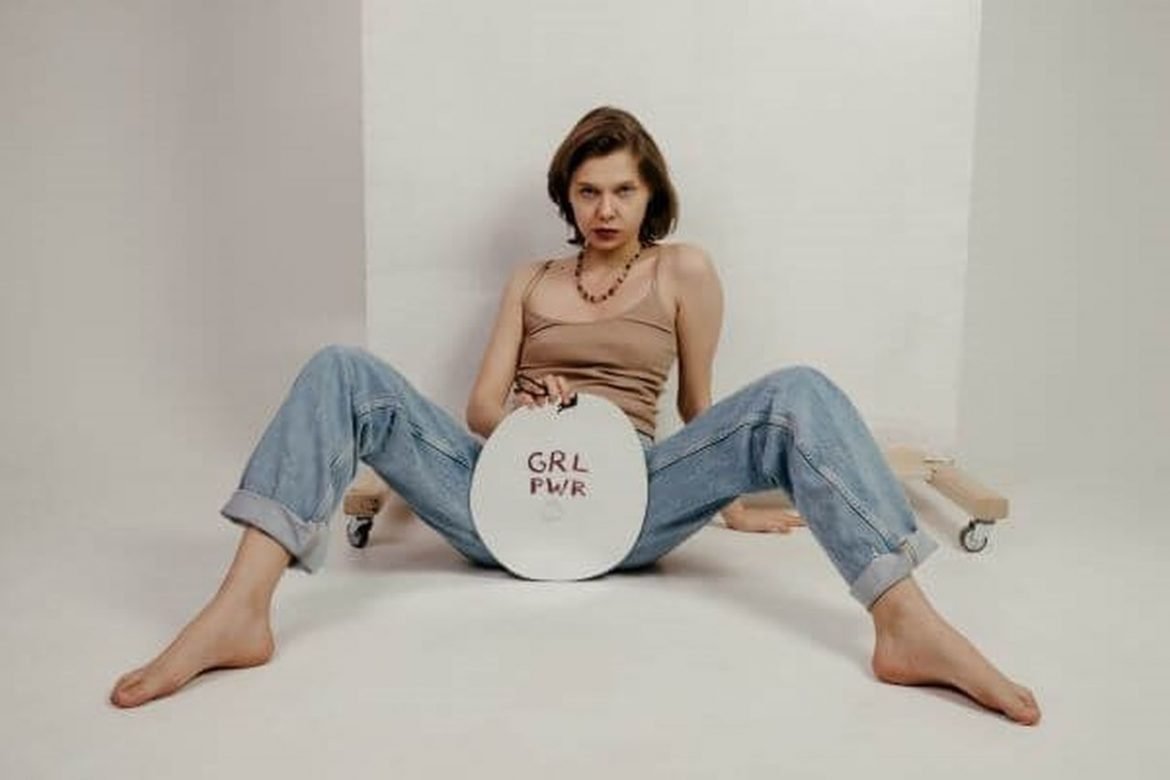 “Women talk too much.”

These statements are ridiculous and untrue for a number of reasons. Sure, some women do talk too much, and some men are emotionless brutes. That said, lots of men talk too much, and many women have trouble expressing their feelings.

The point is that blanket statements based on stereotypes should always be viewed with skepticism. After all, making claims that apply equally to everyone in a particular group is next to impossible.  Most of us do it regularly without realizing it, but radical feminists take things to a whole other level.

And to make matters worse, they throw in healthy doses of vitriol, righteous indignation and intellectual aloofness, which together make for truly tasteless, hateful, and untrue statements directed against their favorite whipping boys – men.

“Subconiously, women wear makeup to seduce the very men who’ve been raping, beating and oppressing them since the beginning of time.”

You could cut and paste this gem of a statement into your favorite search engine, but you wouldn’t get any results because it’s made up.

Nobody actually said it, but it sure sounds like something a radical feminist would say.

Of course it’s nonsense, but rest assured if someone like Andrea Dworkin had said it, many man-haters would take it as the gospel truth.

Actually, they believe anything their self-proclaimed spokespeople say, even though most of us know that large and infinitely diverse groups like men and women can’t be summed up with blanket statements.

But sadly, when feminist blowhards open their toxic mouths, what comes out is often hurtful, hypocritical and downright shocking.

But don’t take our word for it.

“I want to see a man beaten to a bloody pulp with a high-heel shoved in his mouth, like an apple in the mouth of a pig.”

This lovely egalitarian sentiment comes from none other than American writer and feminist activist Andrea Dworkin. It was published in her novel titled “Mercy” in 1993.

Most well-known for her analysis of pornography, Dwrokin spent nearly four decades as one of the most outspoken mouthpieces of the feminist movement, and much of what she said is hateful and reprehensible.

To highlight the lunacy and ugliness of this statement, all one needs to do is make a few minor changes: namely tweaking it so that the subject is a woman, not a man.

“I want to see a woman beaten like a rented mule with the heel of a cowboy boot in her mouth, like an apple in a pig’s mouth.”

Anyone – man or woman – who uttered something like this would be crucified, and rightly so, but when similar statements are made by women they usually get a pass.

Talk about a huge double standard.

One might be forgiven for noting the hypocrisy of the things she published in 1993 when she decided to marry the very object of her hatred – a man – five years later.

“When a woman reaches orgasm with a man she is only collaborating with the patriarchal system, eroticizing her own oppression.”

Whether oppressed or not, women the world over should take a moment and thank their lucky stars that they have someone like Sheila Jeffreys to speak for them.

Imagine the nerve and moral superiority it takes to make such a statement, that she apparently thinks applies to all women.

As if there never has been and never will be women who are so attracted to men that they willingly and freely want to have sex and reach orgasm with them.

And that though they aren’t aware that they’re doing it, women apparently only engage in this detestable act in order to eroticize their own oppression.

Though she’d probably never admit it, the truth is that many women actually choose to reach orgasm with men.

As a lesbian, that may be hard for Sheila Jeffreys to fathom, but reasonable people know it’s true.

“Since marriage constitutes slavery for women, it is clear that the women’s movement must concentrate on attacking this institution. Freedom for women cannot be won without the abolition of marriage.”

She was apparently once a leader of a feminist organization called NOW, but she seems to have fallen off the proverbial radar.

However, according to multiple sources, she did in fact utter this ridiculous statement.

According to her, for all women everywhere…marriage = slavery

It’s not clear whether she meant this literally or figuratively, but her choice of words reveals her aloofness.

She says it’s “clear” that the women’s movement must concentrate on attacking and abolishing marriage.

But honestly, clear to whom?

Maybe to Jeffreys and her radical cohorts, but millions of regular women all over the world would definitely disagree.

Some quotes (like the following ones) are so ridiculous that they don’t warrant a response.

So without further ado…

“If anyone is prosecuted for filing a false report, then victims of real attacks will be less likely to report them.”

“Men who are unjustly accused of rape can sometimes gain from the experience.”

“People call me a feminist whenever I express sentiments that differentiate me from a doormat or a prostitute.”

“I feel that ‘man-hating’ is an honorable and viable political act, that the oppressed have a right to class-hatred against the class that is oppressing them.”

The Takeaway: Most Feminists Promote Hate, But Not All

Despite these despicable quotes, it’s wrong to characterize all feminists based on the aforementioned bad apples.

“I’m a feminist. I’ve been a female for a long time now. It’d be stupid not to be on my own side.”

“I am grateful to be a woman. I must have done something great in another life.”

In other words, being a woman has its challenges, but it’s certainly not all bad.

And speaking of challenges, it’s worth noting that – big shocker – men deal with them too.

But here’s the best message Maya Angelou could give to tomorrow’s feminists:

“I love to see a young girl go out and grab the world by the lapels. Life’s a bitch. You’ve got to go out and kick ass.”

And hey, it applies to boys too!

Why I agree with Jordan Peterson on...

Is Crying More Really the Answer for...