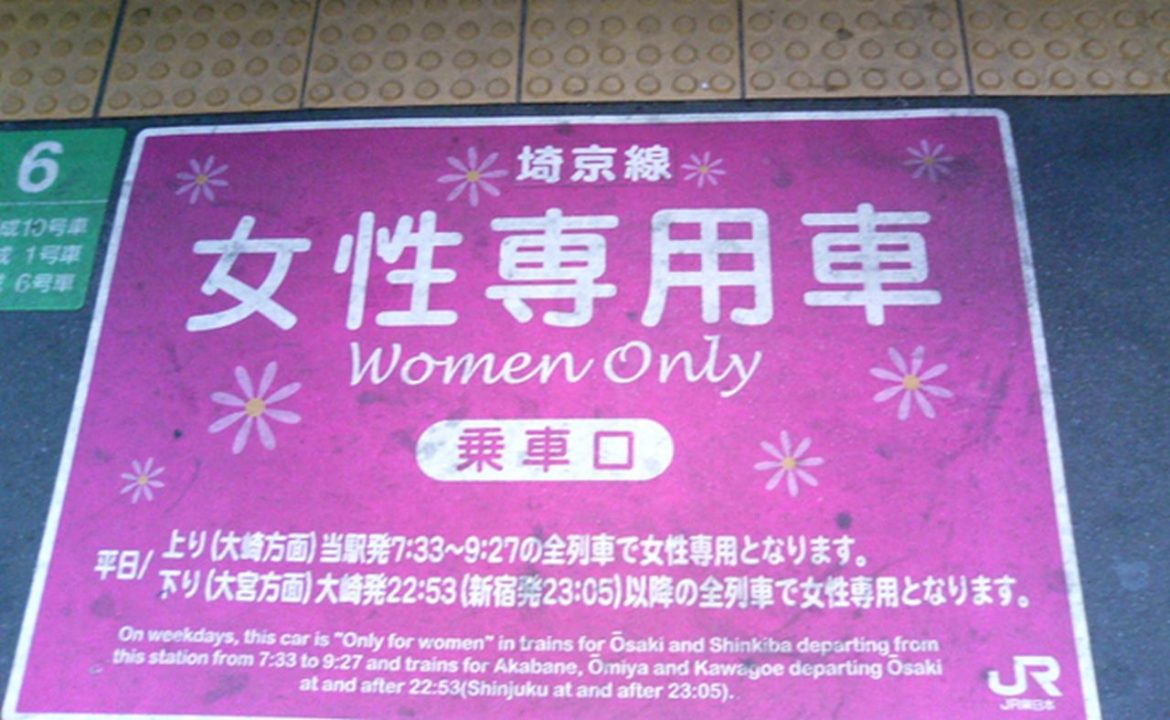 Recently it’s come into vogue among progressive circles to propose and advocate for sex-segregated or “women only” facilities. For example, a women’s only hotel opened up last year where I live. Additionally, women’s only sections or facilities have become popular for:

Are these ideas really “progressive,” though? The truth is, sex segregation was a common part of Victorian society, often ridiculed by the same progressive circles for being sexually repressed and “misogynistic.” Indeed, it was most progressives in the early 20th Century who did away with sex segregation in the first place.

The History of Gender Segregation

Sex segregation has been common throughout human history in nearly all societies. This includes what we commonly think of as Western civilization: Europe, the US, Canada, etc.

For instance, the Habsburg Empire had extensive rules on public “decorum,” including separate men’s and women’s beaches to deter “acts contrary to decency.” Unknown to many, the Catholic Church often had separate seating for men and women at mass into the 20th Century. The practice was even recommended in the 1917 Code of Canon Law, and many older churches have paintings of male saints on one side and female saints on the other.

Many other facilities and services were regularly segregated by sex, though people tend to be more aware of these. These include things like schools and universities with most private institutions catering to one gender or the other or having separate campuses for each.

Finally, trains often had separate cars for men and women during the 19th Century. Men were not allowed in cars designated for women “to protect [them] from the rude conduct of the disorderly.” Interestingly, this is essentially the reason advocates cite for modern women’s only train cars.

Sex Segregation Is Still the Norm—In Some Places

Of course, anyone who’s studied much about other cultures will recognize many of the above historical examples as still common in other parts of the world. In fact, every single one is practiced somewhere in the present day.

Sex segregated beaches are the still the norm in Jewish and Muslim societies around the world. These same cultures also separate their church services between men and women and separate schools for boys and girls.

Segregated train cars are also common in Asian societies. Japan has train and subway cars for women only, and while Western feminists often critique the practice as being “reminiscent of The Handmaid’s Tale,” Japanese women have been very resistant to the idea of removing the practice. Meanwhile, the same feminists advocate for segregated services in their home countries.

And, of course, sex segregation is not totally extinct in the West either. Bathrooms and locker rooms are still separated by sex as well as communal living facilities like dorms and barracks.

What About Men’s Only Facilities?

All this raises the question: are sex segregated services good or bad? Feminists don’t seem to know themselves. They’ll condemn them when they’re traditional in places like Japan while celebrating them when they’re “progressive” in places like India. They’ll try to eliminate sex-specific bathrooms in the United States while promoting women’s only parking garages and hotels.

This, of course, is the real answer. Most radical feminists—that is to say, those who aren’t actually concerned with women’s rights—don’t have any objective standard or consistent opinion regarding sex segregation because it’s not about benefiting women or society but rather promoting the victim mythology that keeps their cult in operation. They will condemn the practice when it construes women as the victim and champion it when it does the same.

In this case, it’s not surprising then that while women’s only facilities and services become increasingly popular as a “progressive” measure in the West, men’s only facilities and services are still criticized, litigated against or outright banned. For instance, are we really supposed to believe that companies are building women’s only hotels but not men’s only hotels due to lack of demand? This is highly unlikely considering the demand for gay establishments is clearly higher than for women avoiding the “male gaze.” Nevertheless, these establishments, unlike their counterparts, cannot expressly ban women due to the public outrage and likely legal challenges they would receive.

Separate But Not Equal

The truth of the matter is that sex segregation may be beneficial in certain situations while in others it results in a “separate but [not] equal” type of situation. For instance, I believe that the boy crisis in schools is in part due to the fact that boys and girls learn differently but that the education system is geared more towards girls because most educational professionals are women. In this case, separate male and female schools could be beneficial, assuming the quality were maintained for both. Meanwhile, sex-segregated parking garages are a silly idea because parking space is limited and the setup will inevitably favor one gender over the other just as modern facilities of this sort designate the best spots for women.

Yet these types of nuanced analyses are impossible when we moralize the issue and are disingenuous about our motives and goals. It is not “progressive” to reinvent the wheel by proposing things that have existed for centuries, not to oppress women, but for practical purposes. Nor is it fair to propose these measures—or criticize them in foreign countries, for that matter—under the false pretense that women are the victims of oppression no matter what. Instead, we must look at the history of sex segregation objectively to decide whether the practice is no longer necessary or if it in some situations it could benefit everyone without presumptions of victimization and moral grandstanding about “progress.”