Teach Your Kids Traditional Masculine Behaviors to Improve Their Future 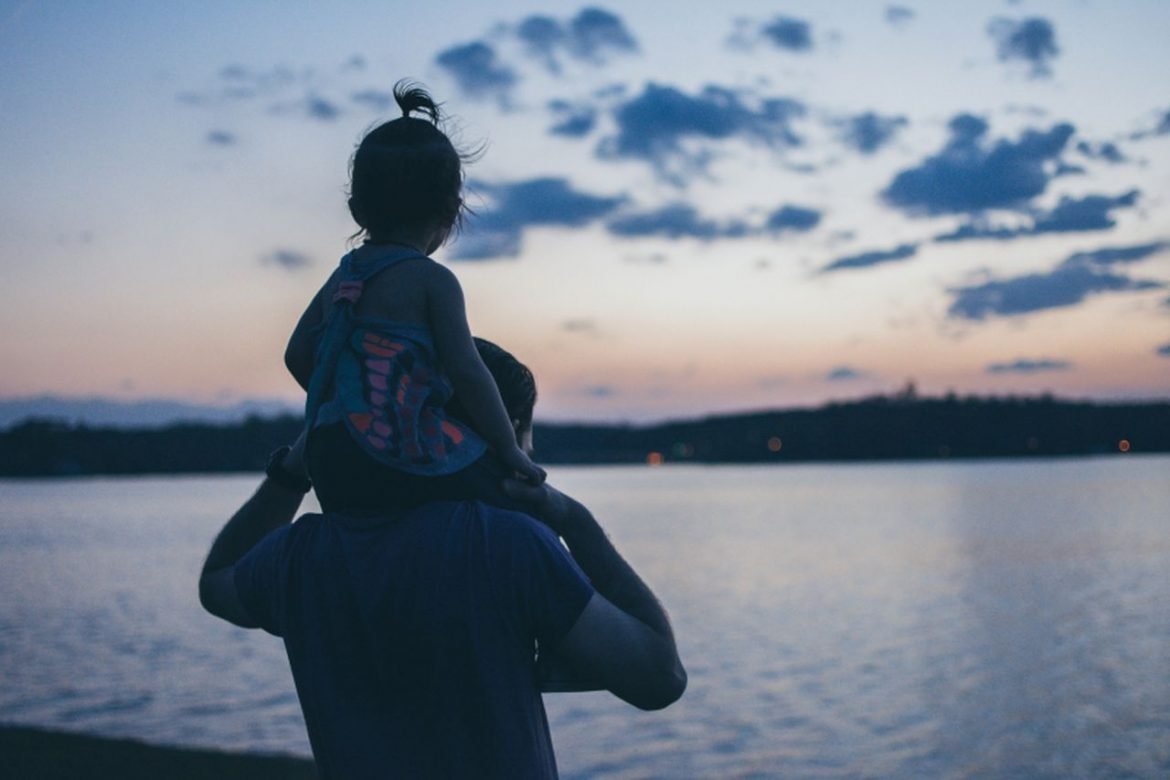 There is much hyperbole online about “toxic masculinity”. You would think that anyone who comes in contact with it would suffer greatly from the effects.

Interestingly, as you will see, exposure to traditional masculinity has mostly positive effects on everyone who encounters it.

This might explain why feminists cheer on women who have the very characteristics of traditional masculinity that they claim is “toxic” in men – risk-taking, aggressiveness, violence, and stoicism (they call this “bitch-face”).

Why do feminists encourage these behaviors in women but discourage it in men? Because they don’t want men or boys to be successful. But since we want everyone to be successful – let’s explore how teaching your boys and girls to adopt traditional masculine traits will bring them success in life.

We’re not only going to explore any old masculine traits. We’re going to go after those exact traits that feminists claim are “toxic”.

According to New York Times feminist Maya Salam, toxic masculinity is defined as:

Interestingly, nearly every movie featuring what feminists herald as featuring a “strong female character”, that “strong character” has every single one of those traits.

Here’s how Marie Claire described the women in their list of “23 action movies with kick-ass women“:

“Charlize Theron (who appears later on this list, that’s how badass she is) plays the brilliant, vicious, does-whatever-she-wants elite spy. […] The primary cut of this movie has an NC-17 rating—partially for its inclusion of some super steamy queer sex scenes, but mostly for its inclusion of nonstop blood and guts.”

“Uma Thurman twirls on her haters in epic, mega-gory fashion and we stan a legend.”

“Sure, the killer robots are scary, but the person you really don’t want to piss off? Linda Hamilton’s ripped AF and mad as hell Sarah Connor.”

“And third, well, Natalie Portman shaved her dang head as her character Evie transformed from a meek rule-follower to a revolutionary leader.”

You’ll find descriptions celebrating women in films and fiction matching the exact same traits that feminist authors and even the feminists who now control the American Psychological Association (APA) would like the world to believe are traits men shouldn’t have.

Why? Because these traits aren’t actually toxic. They breed leaders. And the APA and feminists are trying to reduce the overall number of male leaders or even successful boys and men at all. That’s the only reason. They don’t care about men – they never have.

How Traditional Masculinity is Healthy for Children

So now that we’ve established claims about “toxic” masculinity are nothing more than political, power-seeking propaganda; let’s set that aside and focus the evidence that masculinity is good for children.

A USA Today article described scientific evidence that they described as follows:

“Studies show children with involved fathers, stepdads or father figures are less likely to get in trouble with the law, tend to do better in school and are more likely to hold a job.“

Now this is interesting – simply having a male involved in their lives leads to better life success.

Dr. Kyle Pruett, a child psychiatrist and clinical professor of child psychiatry at the Yale School of Medicine describes the reasons for this. We’ll explore each of these reasons – highlighting the alleged “toxic” masculine traits associated with each, proving that those are actually healthy traits.

According to Dr. Pruett:

“Teenagers with supportive fathers have greater optimism and self-efficacy, which translates to better school achievement.”

The idea of believing in yourself, even before you’ve developed expert skills, is what many feminists dismiss in men as “male ego”. In reality, it’s actually teaching children to achieve that healthy “male ego” that will help them to believe in themselves even when no one else does.

It will keep them working at perfecting their skills, knowledge, and abilities until their skill level reaches the level that they believed from the start they could achieve.

In fact, one could argue that modern culture now teaching young girls to adopt “male ego” (self-confidence), while trying to discourage boys from that kind of self-confidence (calling it toxic only when they exhibit it), is a very big factor in why boys are falling behind in school now more than ever.

One could be forgiven in assuming that is the entire goal feminist teachers would like to achieve. They really don’t care about the harm to boys that they’re causing in the process of doing so. Because, frankly, they don’t care about boys at all.

2. Plotting Your Path to Power and Success

Dr. Pruett also describes how mothers tend to use social and emotional consequences to discipline, but:

“fathers focus on how the child fits into the real world, warning friends or jobs are at stake if they continue bad behavior.”

In other words, the supposed “toxic” behavior of focusing so much on success and status in the future is actually one of the behaviors that helps children avoid poor outcomes like jail time or substance abuse.

This behavior helps children keep their eyes on that future prize – that dream job, that powerful position as a CEO, or achieving the status as an entrepreneur or astronaut – it’s those things that motivate children to do the right things today, so they can have what they dream about tomorrow.

Clearly – dreaming of achieving power and status is not “toxic”. The science shows that this traditional masculine trait promotes healthy outcomes for children who are taught those behaviors.

In the same article, Psychology Professor Brenda Volling of the University of Michigan describes how “male violence” – also known as “rough-housing” when it comes to boys – is actually a very healthy form of training yourself emotional self-control.

She explains this as follows:

“…men are more likely to engage in ‘rough and tumble’ play with children, which theory suggests helps kids regulate their emotions.”

How does “rough and tumble” play help regulate emotions?

If you’ve ever watched either young boys “wrestling” or even professional male athletes fighting in a ring, the goal isn’t typically to severely injure. It’s a match of strength and skill. It’s meant to demonstrate who can move faster, who can block better, and who can outmaneuver their opponent.

The moment emotion takes over – for either boys or grown men – that’s when injuries can happen. But by mastering “rough-and-tumble” play, you can take a punch in the face but still remain focused, rather than angry. After all – it’s all in fun.

After some of the most vicious boxing matches, you’ll still see the opponents shaking hands. You still see brothers hugging.

In fact, the bonds are even stronger after such a fight, because each athlete has developed respect for their opponent’s skill.

It’s a code of honor between men. It even happens in the boardroom. Men can have the most animated arguments in the boardroom, and then have a beer together afterwards. Emotions are mastered and issues are kept in perspective.

This is the “toxic” behavior feminists describe as “suppressing emotions or masking distress” – a.k.a “tough guy behavior”.

Again, if “rough and tumble” play was toxic, children wouldn’t develop better emotional self-control after being exposed to it from fathers. Both boys and girls can benefit greatly from learning this traditionally masculine behavior.

4. Speaking to be Heard

Given all of the claims by feminists that men tend to interrupt more, something that the more sexist among them refer to as “manterrupting” – this next bit of scientific evidence is especially interesting.

“Fathers, usually do not modify their speech as much when speaking to kids. Men also are likely to not finish a child’s sentence, forcing children to work harder when telling their fathers what they want.”

This is a fascinating finding from the research. It suggests that rather than interrupting, men actually prefer people to say clearly and succinctly exactly what it is they want. In fact, men are less likely to interrupt!

It also means that by teaching children how to voice their thoughts and opinions clearly, they’re setting up those children for better performance around the conference room table at their future job.

Children who learn this traditional masculine behavior won’t remain silent or speak hesitantly and let others interrupt them. They’ll speak clearly and loudly – expressing themselves well. Expressing themselves in a manner that other people around them respect, and are more likely to listen.

So instead of teaching our daughters to complain about people “interrupting them”, let’s instead teach boys and girls the traditionally masculine trait of working harder to clearly say what they want to say.

The research also shows that children with involved fathers are less likely to be promiscuous or have children at a very young age.

Dr. Pruett explains this as follows:

Again, this is another component of the traditional masculine behavior of self-confidence, often dismissed by feminists as the “male ego”. But as you can see, boys and girls who learn how to respect themselves are less likely to seek love from just anyone.

In fact, self-love is just about as far from “toxic” as you can possibly get. And inevitably it leads to far better life outcomes than the alternative.

In fact, you could argue that feminists who claim that women “don’t need men” are actually suffering from self-hate, resulting from their own lack of traditional masculinity during their childhood. Ironically they claim not to need exactly what they really need.

You’ve probably heard the claim that men are less sensitive than women. And if you’ve spent any time on social media, you’ve seen the stereotypical “white male” caricature painted of a person who looks down upon people who are different.

But this is very far from the truth. In fact the evidence shows that exposure to a masculine father-figure encourages the opposite of both of those myths.

According to Dr. Pruett:

“Children with involved dads are more sensitive to people who are different than them.”

Now, common sense says that exposure to an insensitive person wouldn’t develop sensitivity and empathy toward others. Which actually implies most men are far more sensitive and inclusionary than anyone ever gives them credit for.

This proof probably won’t stop the media from constantly claiming that “toxic masculinity” promotes exclusion and lack of diversity. But now you know that if you want a more inclusive and sensitive environment, make sure you have at least a few men present on your team.

“Toxic Masculinity” Theory Itself is Toxic

Okay, so now that we know feminist authors preaching “toxic masculinity” are not using actual science to support their claims, and are only looking to weaken men while empowering women. We would expect nothing less from an ideology that teaches gender based hatred.

With this knowledge, we can go forth and ignore all claims about toxic masculinity – because now we know better.

Exposing your children to traditional masculinity – including risk-taking, competition, and self-confidence, and even healthy violence – will help them become more sensitive, more successful, and in general achieve far better life outcomes than children who were taught to avoid traditional masculine behaviors.

Here are more sources proving the benefits of exposing children to more masculinity:

What Is Virtue Signaling? And Why So Many Do It Today

Will Smith: The Slap; and the Scapegoat...