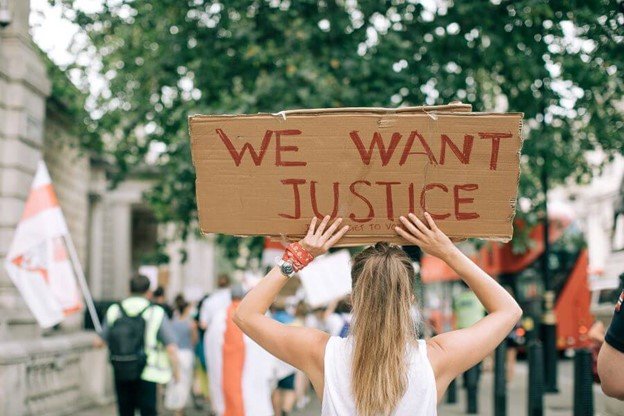 The term “gynocentrism” is derived from the Greek words gyno, meaning relating to women (think gynecologist), and centrism, which means focused on, usually to the exclusion of others.

Hence, a gynocentric society is one that highlights feminine points of view, interests and issues, while casting opposing narratives aside. It’s a society that places a higher value on female life and health above others.

So the question is, are we living in a gynocentric society?

Though hardcore feminists refute the claim, evidence strong suggests that we clearly are.

Every year since 1909 when the first National Women’s Day was held in New York City, women in developed countries have taken the annual event on March 8 (now called International Women’s Day) as a time to reflect on how they’re making out.

By most measures, women (even those in developing countries) are far better off than they were in years past.

Of course, there are many exceptions to this and significant room for improvement.

But if you look at statistics from the World Economic Forum (WEF), they create an appearance that plight of women is, today, more fraught with pitfalls than it ever was before. However, if things for women were anywhere near as bad as they were many years ago, no one would be talking about it.

The mere fact that major public organizations and media are regularly discussing these issues at all is the first piece of evidence that we’re living in a gynocentric society.

Take the first statistic from their recent article titled 7 Surprising and Outrageous Stats About Gender Inequality, for example:

Here, they’re quoting a University of Virginia study which also states that the increased incidences of injury are largely attributable to women’s:

Apparently, calculating the rate at which the supposed gender gap is disappearing is such an exact science that researchers have determined with amazing accuracy when it’ll close permanently.

Too bad none of us will be around to see if it comes to pass.

The WEF also claimed that, based on a recent World Bank Women, Business and Law Report,

“…only 6 countries in the world afford women the same legal work rights as men enjoy. “

Apparently Belgium, Denmark, France, Latvia, Luxembourg and Sweden are the only countries that “get it.”

And lastly, the article referenced a study conducted by the Geena Davis Institute on Gender in Media which concluded that:

“Less than ⅓ of all named, speaking characters in a sampling of 120 theatrical productions between 2010 and 2013 were female. ”

With so many truly oppressed women around the world, one wonders why an organization dedicated to women’s issues, founded by one who according to celebritynetworth.com amassed a $30 million fortune during her stint in Tinseltown, would focus its attention and resources highlighting how women are downtrodden in Hollywood.

The point can be made using simple IF, THEN logic.

IF the focus is constantly on issues like women being:

THEN, we’re certainly living in a gynocentric society.

How Some Gynocentrists Sees the Mens’ Rights Movement

In a perfect world, it wouldn’t be necessary to demonize men in order to increase the rights of women.

Decades ago, fathers getting treated unfairly in custody battles is an issue that started finding its way into the public spotlight, and statistics today largely show that little has changed in that regard.

In an article for The Guardian, sociologist Anne Karpf claims that –

“We all benefit from a more gender-equal society. Even men.”

It’s a wonderful point, until she says:

We should all agree that everyone benefits from gender equality, but does calling men interested in standing up for their own rights white supremacists, incels and far-righters work toward that end, or is it just derisive and downright insensitive?

Of course it’s the latter, which ironically is exactly how many feminists characterize men, especially men like Jordan Peterson who is one of the few academics actually highlighting gynocentric bias throughout society.

In honor of Women’s History Month in 2018, the Pew Research Center took a look at some of the gains women have made, and a few of the alleged gaps they still face in the United States.

However, they perpetuated the gender pay gap myth that’s largely been debunked when they asserted that pay for women still lags behind that of men.

That feminists continually harp on the same talking points year after year, even when confronted with contradictory evidence, suggests that their arguments are more often based on non-issues, and that we’re living in a gynocentric society.

Changing Society from Gynocentric to Egalitarian

In an article for shethepeople.tv from August 2018, Yamini Pustake Bhalerao describes a gathering of more than 100 Indian men at a place called Manikarnika Ghat – one of the country’s most holy cremation grounds along the shores of the River Ganga.

But unlike those that came before them, the men weren’t giving last rites to a deceased loved one, but to the modern form of corrupted feminism, which they claimed was largely responsible for the destruction of the institution of marriage in their country.

In an interview with the The Hindustan Times, one participant said –

“We support equality. But feminism in today’s form has deviated from its core values of equality and is trying to create a gynocentric society. Therefore, the last rites of the corrupted form of feminism, as it prevails in the society at present, was performed. We want equality in every form. Last rites of the bias and discrimination against men were also performed.”

In summary, if the world isn’t gynocentric, wouldn’t organizations like the United Nationals, World Economic Forum and the World Health Organization focus at least a little bit of their energies and resources also addressing legitimate gender discrimination issues that affect men and boys?

Nobody is suggesting that men and boys’ needs should supersede those of women and girls or that we should ignore real issues that affect women, but if feminism is really all about gender equality, why must it always be only about women’s issues alone? There are two genders, after all, each with very real cases of social gender discrimination and bias that harms them.

The failure of feminism is that its core Patriarchy Theory is toxic and sexist, and so it can only actually see issues that affect women, while remaining blind to both traditional and modern privileges that women have always enjoyed at the expense of men.