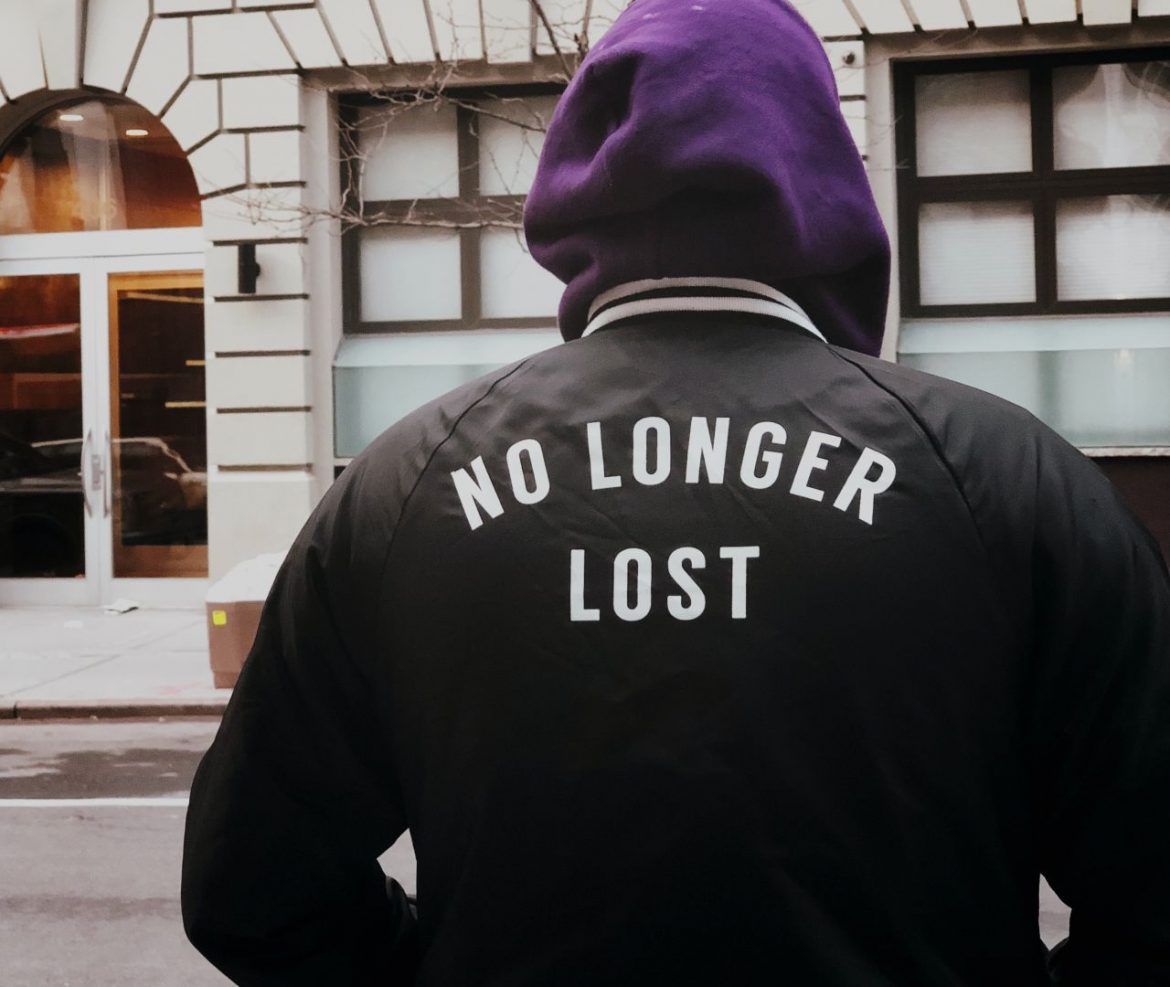 The great founders of the United States of America fled capricious governance in Europe to establish the only country ever founded on philosophy.

Dissatisfied with petulant and malicious injustice, institutionalized theft, and vengeful aggression from the states they resided in; the founders of the United States of America decided that morality, private property, and male sacrifice were not the purview of kings. Instead, control of such things is a women’s job.

Women Actually Had the Power in Traditional Society

Feminist ideology and Gender Studies college courses around the world have been teaching generations of students that “power” in traditional society was held primarily by men. This claim is bolstered by the fact that positions in society these academics consider to be those of “power” were held primarily by men.

But few have asked or even explored who held power over those “powerful” men. Exploring this idea further would debunk “Patriarchy Theory”, which is why feminist academics stop their examination of traditional social power there.

“The government of the American people is not a Republic, it is not a monarchy: it is a gynarchy, a government by the women, for the women, a sort of occult power behind the scenes that rules the country.”

Albert Einstein agreed, saying in 1921 that:

It is a curiosity to imagine a brave, pioneering nation of men so cowed by their female peers. Einstein also remarked on the work ethic of American men:

“They work and work, the like of which I have never seen anywhere yet.”

“For the rest they are the toy dogs of the women.”

American women were renowned for their extravagance, unlimited spending, and fondness for gynocentric reverence from men, with the desire to be called “my lady”.

Women Have Always Had More Rights Than Men

And, in Seneca Falls, 1848, the following resolution was made:

“That such laws as conflict, in any way, with the true and substantial happiness of woman, are contrary to the great precept of nature, and of no validity; for this is “superior in obligation to any other.”

Putting women on a pedestal appears to be an original and fundamental feature of the American national character. Perhaps, being set free from the hierarchical structures of old Europe that demanded deference to elite social classes left a chasm in the psychology of the new American male that he then filled by anointing women as superior beings to revere.

Despite Thomas Jefferson’s strident and rallying declaration that “Nothing then is unchangeable but the inherent and inalienable rights of man.”, by 1856, Putnams’s Monthly magazine was pointing out that rights in the U.S.A. were split into two gendered tiers:

“While the wife is thus rendered to a great extent independent of her husband, he, by a strange inconsistency is still held, both by law and public opinion, just as responsible for her as before. The old and reasonable maxim that ‘he who dances must pay the piper’ does not apply to wives – they dance, and the husband pays. To such an extent is this carried, that if the wife beats her husband, and he, having no authority to punish her in kind, applies to the criminal courts for redress, she will be fined for assault and battery, which fine he must pay, even though she has plenty money of her own. Or, in default of paying, go to jail!”

The historical feminist narrative focusing on the singular “right to vote” ignores the countless legal privileges women held over men in traditional society. Even those privileges are spun by feminist scholars as examples of “oppression”, even when a man was the one sitting in jail after being abused by his own wife.

To this day, American women enjoy even more rights that American men simply don’t, for example:

And those are only explicit legal rights, in practice women enjoy a plethora of other privileges conferred by social convention including being assumed a competent caregiver whose involvement is critical to their children’s upbringing, being offered services to help them escape abuse that is not available to men, and still being treated with chivalry despite the claim that they desire equal treatment.

Esther Villar suggested in 1971, in her book The Manipulated Man, that the problem with American women is not that they’re cruel, but that:

“American women, more than other women, fail to consider men as fellow human beings. Perhaps the many dangers of pioneering days caused American men to be evaluated for their usefulness to women…

…And American men prefer to see themselves in this role: a man’s salary is the yardstick of his worth… American literature, from Edward Albee to Jaqueline Susann, revolves around this question: whether or not a male is a man if he cannot provide appropriately for the woman in his life. Of course he is not.

The American man knows: happiness comes only through women, and women are expensive. He is ready to pay that price…

…More than any other man, he is able to close his eyes to the evidence of his own exploitation.”

She argued that the humiliation of accepting the truth – that his position can be equated to “slavery” – drives the American male to insist that he, in fact, is privileged. His work is a “privilege” that his wife generously forgoes out of love – and generations of crippled veterans are a fair price for being the physically stronger sex.

Furthermore, Villar argues that the ubiquitous misrepresentation of the relationship between the sexes – of men as oppressors and women as victims – is perversely flattering to men who swallow this myth as evidence of an innate male power that, in reality, could not be further from the truth. A person truly in a position of power could not be manipulated into slavery so easily.

There was a hopeful moment where the President of the United States (POTUS) was apparently standing up for men, criticizing this “scary time for young men”, and appointing pro-male Besty DeVos to lay waste to the Title XI sexual assault guidelines that led to kangaroo courts on U.S. campuses who metered out injustice to university men who were victimized with false allegations.

And yet, that same POTUS transferred the tax burden in alimony from the spouse receiving those payments to the spouse making those payments (read: from women to men). And the current POTUS is a man who unknowingly perfectly explained female privilege in the Senate in 1990:

“In my house, being raised with a sister and three brothers, there was an absolute – it was a nuclear sanction, if under any circumstances, for any reason, no matter how justified, even self-defense – if you ever touched your sister, not figuratively, literally. My sister, who is my best friend, my campaign manager, my confidante, grew up with absolute impunity in our household. And I have the bruises to prove it. I mean that sincerely. I am not exaggerating when I say that.”

And went on to initiate the Violence Against Women Act (which he was arguing for in the quote above!). Joe Biden explained as he picked up an award recognising him as an ally in the battle against violence against women, that:

“Violence against women is a stain on the moral character of a society.” and “It’s an obligation of all societies, particularly the men in society, to stand up and do all in the power to eradicate that stain.”

Biden went on to pay homage to his father, who was a ‘decent’ man who taught him that:

“The cardinal sin, was for a man to raise his hand against a woman [or a child].”

Biden’s administration’s recently established White House Gender Policy Council, which appears to focus only on women and girls while neglecting boys and men.

Men Need to Learn to Say No to Women

As Paul Elam sees fit to repeat, in his essay Why Men Can’t Say No to Women; A Historical Perspective:

“Men are only as mentally and emotionally healthy as their ability to say no to a woman.”

He goes on to explore the codification of male responsibility for the protection of women in the courts of the mid to late Middle Ages, the impact of the Industrial Revolution which removed fathers from their homes into roles as providers – but no longer mentors – and the modern-day that produces:

“males that are highly, often terminally dependent on female approval.”

“Men are only as mentally and emotionally healthy as their ability to say no to a woman.”

Unfortunately for the mental and emotional health of the American man:

“America is the country of women.”

It is now, however, the current year – and time for American Simping to go the way of tea in 1773 Boston.

Equality is for everyone and American men’s liberation is desperately wanting. American men have accomplished so much, the greatest nation on Earth was built by their hands (as well as in the wombs of their beloved women). But American men need to value themselves, their inherent and inalienable rights, their needs, boundaries, and desires – as just as important as womens’.

John Adams said of the miraculous birth of his nation that:

“The Revolution was in the hearts and minds of the people.”

As a fond admirer of that nation, I implore American men to stage another revolution – to overthrow their own simping instincts and to realize the moral trajectory of the classically liberal philosophy that their country was founded on. This is the only true path to achieve equality between the sexes, true meritocracy, and real justice.

3 Ways Feminism Is a Dangerous Hate...