Why Are Rulers Always Men? Theories on the History of “Patriarchy” 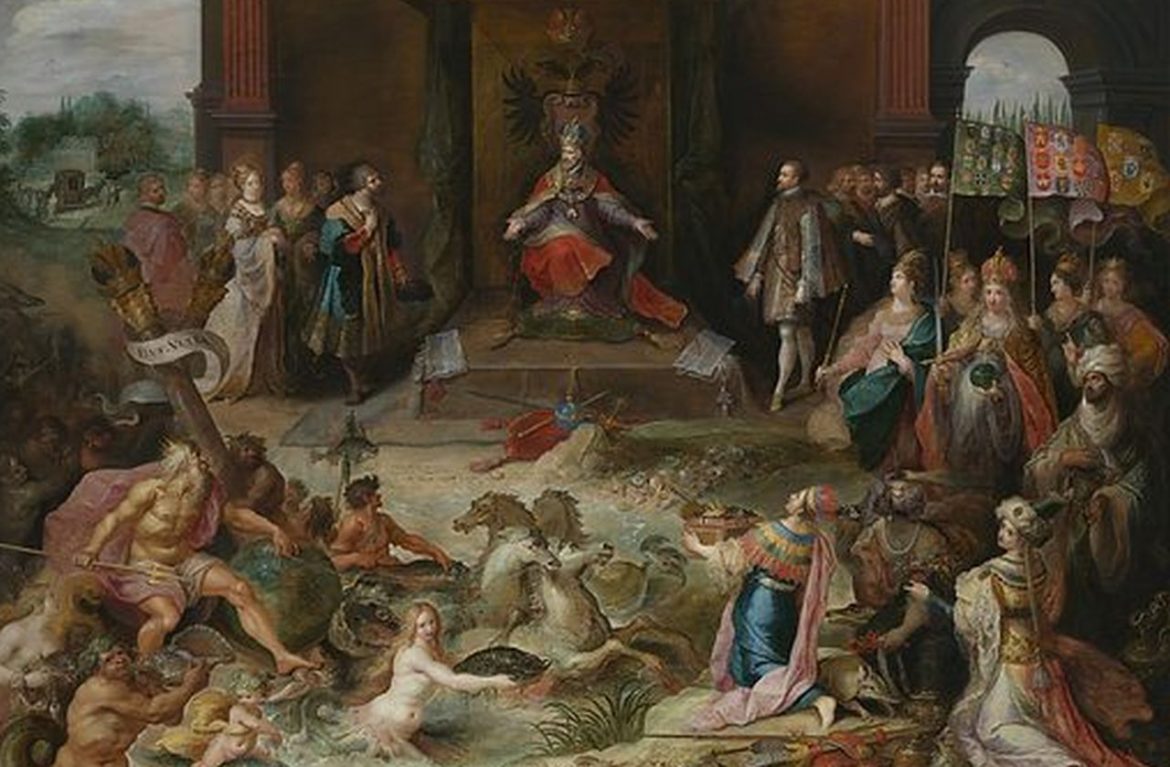 If you ask a thousand people what “patriarchy” means, you’re likely to get a thousand different answers. Rarely does it have any substantial meaning at all and is just used as a buzzword for political purposes, inventing a non-existent common enemy to fight against and a scapegoat for any ideological failures.

That said, on the rare occasion that someone uses the term purely to mean “a nation-state where top government officials are mostly men,” it’s undeniable that this is the case. Not only that, but it’s the case in every country in the world.

In Sapiens: A Brief History of Humankind, Yuval Noah Harari reveals the fact that modern anthropologists have no explanation for this. After all, if this “patriarchy” is merely a cultural phenomenon—which they insist it is—then it would differ by culture.

Naturally, they’ve proposed a few theories that all fall apart on closer inspection and have yet to catch on. This is because academia has become so blinded by ideology that they can’t simply step back and view “patriarchy” objectively. Let’s first go over some of their bad theories before diving into the real reasons.

The following are a few of the worst theories used to explain why most leaders across the world were and are male.

Believe it or not, some people have tried to explain why, say, all US Presidents have been men with the fact that men are normally larger and stronger than women. In other words, as civilizations developed after the Neolithic Revolution, men put themselves in charge by simply overpowering women. This position of dominance has continued for millennia to the present day.

It doesn’t take much to see why this is nonsense. By this logic, political leaders wouldn’t just be men, they’d be the largest men, and dominant ethnicities would always be the largest as well.

None of this is the case, though, because humans organize very easily. 10 small people can defeat one large person or even five large people. And considering women generally have better social coordination and organization across societies, it doesn’t make much sense that men are in control simply because they muscled their way into it and women haven’t been able to figure out a way to overpower them in over 10,000 years.

A similar but slightly more complex theory is that men in agricultural societies have more control of resources because they do the physical labor. Since men are larger and stronger, they naturally ended up doing all the physically intensive work on the farms like planting and harvesting the crops while the women did the more detailed housework. This meant men ended up in control of the food which they used as leverage to essentially extort women and control them.

Although more involved and creative, this theory is even sillier than the last. This theory would suggest then that in agricultural societies, farmers would always be at the top of the hierarchy. Yet the exact opposite is true. In fact, leaders both in the past and the present are almost exclusively not farmers with no control of the food supply while the poorest and most marginalized—often even slaves—harvest the crops.

A theory that’s just bizarre on the face of it but gaining in popularity is that patriarchy evolved in the Middle East as men, who otherwise can’t be sure of their paternity, wanted to control women and ensure ownership of their children. Presumably, as agriculture developed, children became more important as assets since they represented labor. Additionally, property ownership evolved, so men wanted to be able to pass on what they owned to their children, but this would only be possible if paternity was assured and monogamy therefore strictly enforced via male domination of women.

While this theory does a lot to explain why monogamy is also universal in agricultural societies, it does little to explain why political leaders are men. In fact, it’s circular logic. It gives men a motive but not a means. Men couldn’t force a system where they’re dominant purely to benefit themselves unless they were already dominant. Therefore, this theory must be combined with one of the previous ones, which doesn’t hold up.

The following are some of the best theories that explain why men mostly hold power positions.

One good theory is that men hold most political offices because of natural evolutionary behavior that is present in humans and related primates. Basically, men compete for women since they’re more reproductively valuable while women are attracted to men with power and resources since it will help their offspring. As a result, men have greater motivation to achieve power and prevent competitors from doing so while women are more complacent to occupy a middle stratum.

This theory helps to explain the apex fallacy, that while men hold most positions of political power, they also occupy the bottom ranks of society as well. However, it does not in and of itself explain why women don’t occupy political positions, except insofar as they may be less ambitious to do so since they have less risk of ending up on the bottom rungs of the hierarchy.

For this article, I spoke with a friend of mine who has a PhD in anthropology but has widely criticized academia for its political and ideological biases. His explanation for “patriarchy” was that due to physical obstacles like menstruation, pregnancy, and breastfeeding, women have smaller ranges and have to stay close to home. For nomadic societies, this doesn’t create much of a difference, but in agricultural societies, it means that only men end up expanding and conquering territory.

This one is thinking outside the box. What if modern theories are projecting modern assumptions onto ancient societies?

The nation-state run by a parliamentary democracy with secular political officials is a modern phenomenon that has only existed for a few hundred years, often even less than a century in non-Western societies. These national governments certainly evolved out of older forms of government, but were those actually the same thing?

The answer is simply no. For example, while Roman senators and emperors were always men, this Roman “government” was not nearly as involved in the day-to-day life of its citizenry as our government is. Instead, the normal rules of life were dictated by culture, not laws, and women played an equal role in culture if not more so since they raised children.

Instead, “government” as we think of it was more about military management, and the military and conquest were an entirely male realm for reasons discussed in the above theories. Yet when we really look at these societies, it’s hard to say men controlled women in any tangible way. There were plenty of aristocratic women with more wealth and power than common men, and in many cases, they even “ruled” the country. We can see the remnants of this in the many queens that remain in constitutional monarchies.

In our times, for better or worse, the government does play a role in everyday life. They control education and make extensive laws that dictate what we’re allowed to do. Yes, it’s true that these parliamentary leaders have historically been men as they have inherited the military, and conqueror tradition, but things have actually changed quite rapidly and more women hold political offices every year.

If we can step out of the biases and ideologically motivated narrative that men dominate women in society instead of the truth that both genders have merely had their separate roles, we can more adequately analyze the past and more equitably move into the future.

Men & Boys Deserve to be Educated About Their Own Minds