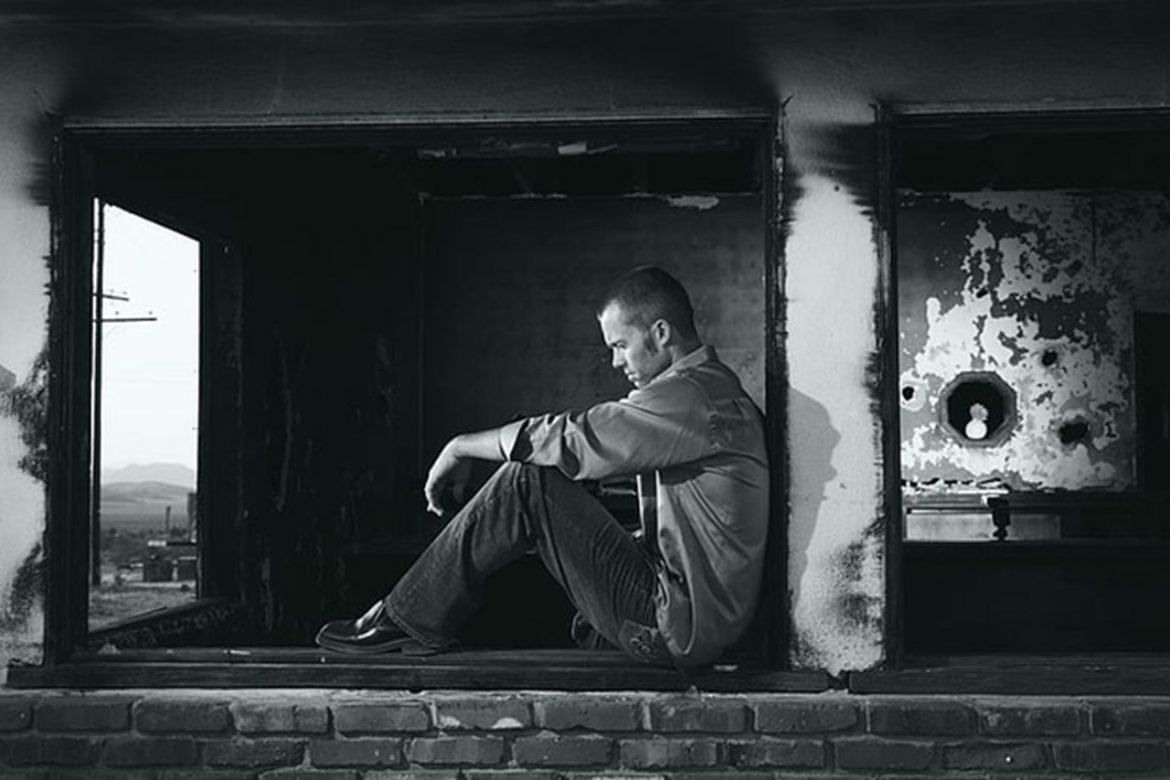 We all have problems. It’s basically the default state of life on Earth. Just take a look at animals. They constantly face difficulties like hunger, cold and predation. This isn’t anyone’s fault, except maybe Mother Nature’s.

As human beings, these same primal problems bleed into even our modern lives. At the end of the day, our brains are wired for survival, and so we crave things like security, acceptance, status, sex, etc. This creates anxiety and stress not to mention interpersonal conflict when things go wrong.

Why Is Life So Hard? Try Looking At Yourself

As people, we have the powerful instinct to place blame and find fault. Someone else must always be responsible, someone without whom life would be a carefree utopia. Most of the time, though, this just isn’t possible. There is no evil Hollywood villain whose sole goal is to make your life miserable.

There’s probably not even a single person you could pinpoint who actually cares more about you than they do about their own problems, let alone putting effort into making your life harder.

When there’s no specific person to point at, people drift towards an easy scapegoat: society. If it’s not one person, it’s all people. Not only does this assuage our need to place blame, but it places it on something intangible and irrefutable, a permanent enemy that can always serve as an outlet for your rage and a distraction from the real roots of your problems.

How the Victim Mindset Holds You Back

Even if there were a Disney-style villain following you around trying to ruin your life, thinking of yourself as a victim doesn’t do you much good. It’s especially counterproductive if, like most of us, your problems are a more complicated combination of environmental and personal factors.

Firstly, as any psychologist will tell you, what we believe about ourselves is a self-fulfilling prophecy. For example, those with low self-esteem frequently perform poorly in social situations due to insecurity. This poor performance reinforces the internalized belief of worthlessness, continuing the cycle.

This is equally true with the victim mindset. You’re a part of society, right? So if it’s constantly victimizing you, what does that say about your place in it?

By telling yourself you’re a victim, you’re actually increasing the likelihood you’ll be victimized, taken advantage of, or at least ignored by society because you’re more likely to assume that role in your relationships.

For instance, you may be antagonistic towards those who might help you or turn down opportunities out of fatalism.

It’s a hard pill to swallow, but many times, the problems in our lives are our own faults, at least in part. Maybe everyone at work isn’t out to get you. Maybe instead, you haven’t excelled because you don’t treat your coworkers appropriately. Or you aren’t actually putting enough time into honing your skills and your value to the team and the company

It may not be as clear cut as that, but it is almost always the case that there is something in your life you could change to improve it. Even small habits compound quickly over time and can change our life immensely. Studying a new skill for just five minutes a day will put the equivalent of a college course under your belt after about a year.

That energy and time you spend blaming society and looking for the ways it’s holding you back could be better spent changing the things you do have control over. This is much more likely to improve your life.

Plus, this self-improvement can actually make society a better place. Consider this quote from Holocaust survivor Elie Wiesel’s book Souls on Fire:

At the end of the day, we are the biggest unit of society we can control and change 100%. If we really want society to be different, we have to start with ourselves. That change can then spread outward.

“Society” is fairly intangible and ill-defined. That’s why it makes such a good scapegoat for our problems. It would be nice to believe that there is an evil cabal of conspiratorial fat cats out there scheming to exploit us. In reality, though, society is just a massive and enormously complex group of people trying to satisfy their own wants and needs as best they can.

In some cases, people do really have disadvantages caused by social institutions. Take slavery as an extreme example. However, these are rarely the fault of one evil person or even a group of evil people. They are systemic, meaning that even if the vast majority of people disagree with them, they continue through their own momentum.

If you truly believe you are the victim of systemic social injustice like this, I challenge you to pick out the specific policies at fault and work out a plan to make real change.

Raging against society is just antagonism but does nothing. It’s much more productive to point out certain laws or institutions and develop an active plan to change them. Go talk to politicians, company leadership, or community leaders and ask important questions about how you can help make the change you desire.

And when you develop this active plan, it’s again best to focus on where you have the most power, usually your local community, not something as abstract as society at large.

If you’re one of the many who have stumbled into internet forums trying to convince you that any little problem is society’s fault, I advise you not to fall into this cycle of bitterness.

And if you already have, then I advise you to change your mindset by following some of the above recommendations. When we start with ourselves, we can not only improve our own lives, but the very society we used to blame.