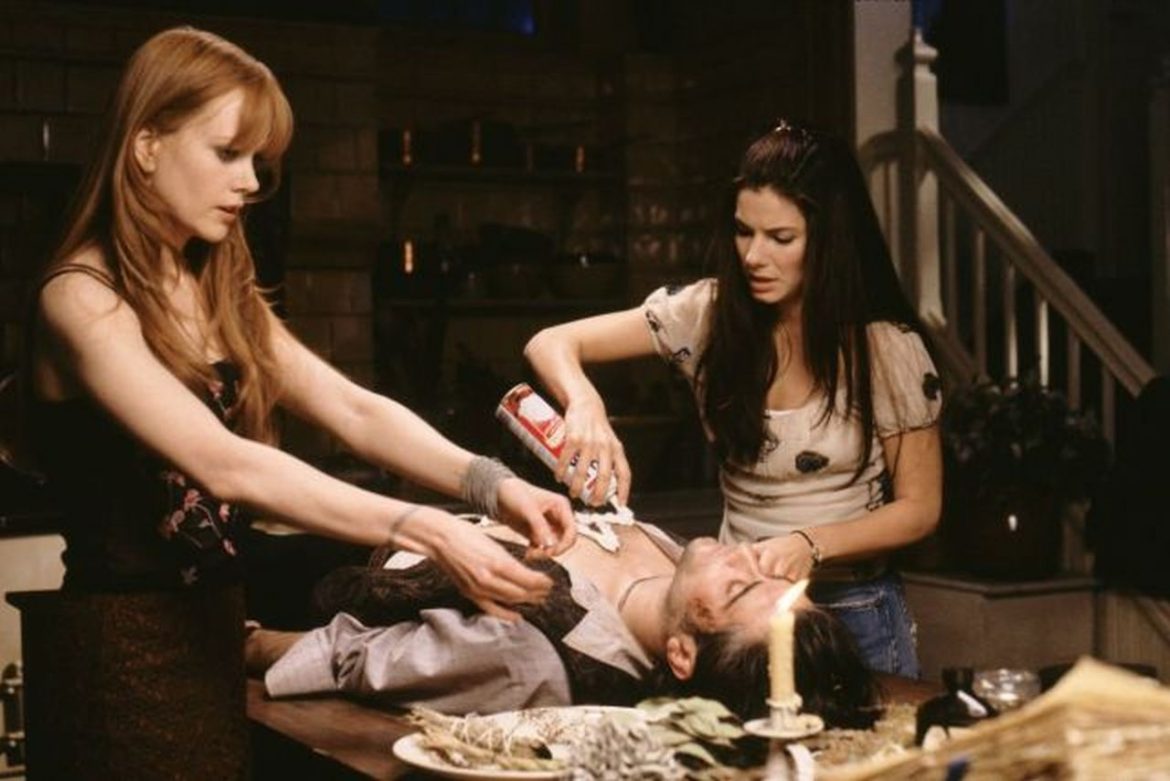 Misandry has become increasingly accepted in Hollywood under the guise of “female empowerment”. If you’ve never heard of the term “misandry”, make sure to read up on this form of hatred that has been a part of society for many years, and getting worse in modern times.

Racial Underrepresentation in Hollywood Is the Real Problem

First, before we get into examples of misandry, let’s just make it clear that, according to the Los Angeles Times, representation for female actors in Hollywood is at about 45%. Though women are still slightly underrepresented compared to men, there is only about a 5% difference between white women and men.

The main problem is actually race, where 68% of white women are actually overrepresented, compared to only 20% black, 5% latina, and 7% asian women. Women are still underrepresented behind the scenes. There are far more male directors, writers, producers, and editors than females.

It remains unclear if this is due to personal choice or sexist opposition, but if these careers mirror studies in other careers, it is possible that these numbers are the result of differences in choices, rather than “patriarchal oppression”.

In any case, a 5% difference in representation is not a justifiable excuse for misandry – nor is anything, really, an excuse to promote ideals of gender-based hatred. Nevertheless, misandry is rampant in Hollywood.

Perhaps the best example of how Hollywood often portrays men in film is shown in John Tucker Must Die. Women fully admit that this film is misandrist. It makes autostraddle.com’s list of “20 Movies About Friendship and Misandry For When You Want to Burn it All down”, and has a misandry score of 6/10.

The plot is simple: The man is a stereotypical sexual predator; a mindless, clueless sports jock whose only purpose is to lie and cheat. He simultaneously dates three girls at once, and these girls, along with a friend, team up to humiliate him and get their revenge.

The girls spread a rumor that John has genital herpes, and mix estrogen in his protein powder. When that doesn’t work, they get their friend to seduce him, and because he’s a mindless sexual predator, he falls for it.

The end of the movie shows professors in thongs, and John Tucker is sexually objectified throughout. The entire theme of the movie is “destroying” men, and the movie rejoices in this theme. There are many such revenge films floating around, all with similar sexist stereotypes, all man-hating, and all with similar plots. “The Other Woman“, for example, is essentially the same film.  They are meant to appeal to a sexist audience who enjoys films that promote hatred and sexism.

There are less-obvious forms of misandry in Hollywood, but they are just as perverse.

For example, the new Star Wars trilogy is a feminist mess. Led by extreme feminist ideologue Kathleen Kennedy, who famously wore t-shirts that read, “The Force is Female”, the latest Star Wars trilogy has faced massive backlash from fans, mostly due to their distaste for sexist feminist writing.

Though the character of Rey had potential. After all, who doesn’t want to see a female Jedi who’s as badass as Ellen Ripley was in the Alien film series from the 1980s?

However, that potential was ruined by the fact that she never materialized into anything other than a Mary Sue. It wasn’t until the third film, when J.J. Abrams was called in to fix things, that Rey’s uber powers made any sense at all.

Before that, we saw Rey effortlessly winning at everything, easily defeating the likes of the more skilled and powerful Ben Solo, and even besting the most powerful Jedi in the history of Star Wars: Luke Skywalker.

Until the third film, she had no weaknesses, no backstory, no failures, no challenges, and no setbacks. In contrast, the male characters in these films were all written as weak, clueless, incompetent buffoons who were lucky to bask in the glory of Rey.

The problem was made worse when Vice-Admiral Holdo was introduced.

The subplot between Holdo and Po was absolutely ludicrous, and all of the conflict arose from Holdo’s absolute refusal to explain her plan to anyone.

The all-powerful and wise feminist, complete with purple hair (of course), was clearly too far above the silly, impulsive pilot, and for no logical reason at all withheld, well, everything.

In response, since everyone was about to die, Po made his own plans. Those ended up backfiring of course, all so the audience could see how stupid the man was, and how wise the woman leader.

Thirty seconds of thought, however, and it became obvious that Holdo’s actions didn’t make any sense at all. With her silence and lack of communication, she put everyone else in jeopardy, almost killed everyone, and for what?

She could have easily resolved everything by simply explaining her plan. Why would a character behave so nonsensically? The answer is in the ideology. Here, like many Hollywood films, the priority was making Holdo a “strong female character”. The emphasis was not plot, pacing, true storytelling, tone, or non-cliche character development.

These decisions and others like them ultimately led to Kathleen Kennedy and the CEO of Disney losing their jobs.

Another example of subversive feminism hiding among an otherwise decent film is the subtle misandry of Wonder Woman. Again, I don’t think anyone had any problem with Gal Gadot or any strong female lead. Rather, some fans were irritated by disgusting lines like this:

“They came to the conclusion that men are essential for procreation but when it comes to pleasure, unnecessary.”

Forget that women aren’t necessary for pleasure either, and that, historically, this view is actually the antithesis of Amazonian thinking. But alas, the director needed to find some way to take a jab at men!

Wonder Woman, as a character, is the product of William Moulton Marston, an empowerment feminist, so it is no wonder that the subtle misandry of the film is shrugged off or even joked about. Just listen to these comments about the film, from feminist media:

“Unable to stand aside while civilians are suffering during the war, Diana climbs up into no man’s land in the middle of a trench battle and charges, despite an onslaught of bullets. The metaphor is striking — a woman standing alone in a field while a battalion of men tries to push her back. And she refuses to give up.” – USA Today

“Diana, played by Gal Gadot, is a fierce, strong and independent woman who is able to take care of herself. She goes from the safety of her home on the island of Themyscira (the notion of which is quite sexist in itself, but more on that later) to the “world of men”, warned by her mother how they don’t deserve her. Her journey becomes symbolic as she literally finds herself in a man’s world where a woman’s role is menial and subjugated.” – Feminism India

There’s no version of Wonder Woman that does not include feminist ideology, and along with that feminist message comes misandry and the characterization of men as controlling, abusive subjegators who are at the same time clueless, moustache-twirling buffoons.

Wonder Woman’s story is one where she’s forced to leave her paradise island filled with beautiful, strong women, and contend with a collapsing world filled with war, pain, and suffering – the “world of men”.

The aforementioned films are examples of feminist ideology playing up sexist male stereotypes for entertainment. But they’re just a small sampling of what’s coming out of Hollywood these days.

Not only are men made to look the fool in front of the ever-present superior woman, but men are accepted in all of these films as disposable. Violence and murder against men is accepted without any thought, while similar scenes involving the same violence against women would incite a riot.

This hypocrisy may very well be due to traditional stereotypes about men that are only further fueled by feminist hate-based ideology which too many writers and directors have come to accept. There is intense pressure in Hollywood to do this, as a result of the lobbying of extreme feminists.

To portray a female even slightly negatively without making her character sympathetic incites extreme outrage, yet the same exact objectification and subversion of men is regularly accepted as normal and even promoted. Feminism thrives in Hollywood, and as a result, misandry continues to make its way into movies and TV shows more than ever. Unfortunately, this only fuels negative myths and stereotypes about men by warping social consciousness regarding men.