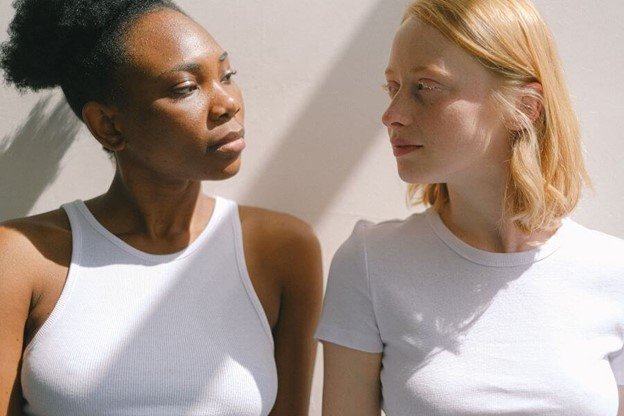 In the summer of 1848, nearly 300 rabble-rousing suffragettes like Susan B. Anthony and Elizabeth Cady Stanton gathered in rural Seneca Falls, New York to advocate for women’s right to vote.

At least in theory, many were also abolitionists.

A few men like Frederick Douglas were in attendance as well, but without exception the female participants were all middle or upper-class… and white.

In fact, nary a black woman’s face was to be seen.

Because none were invited, and truth be told, they weren’t welcome.

The 15th and 19th Amendments to the Constitution

On the 26th of February 1869, the United States Congress passed the 15th Amendment to the Constitution granting African American men the right to vote.

Though it was groundbreaking legislation, most Black Americans – both men and women – wouldn’t actually be able to exercise that right until the 1960s, when it became safer and easier to do so.

The 19th Amendment, which prohibited states from denying voting rights based on gender, thereby giving women the right to vote, was ratified on August 18,1920.

But though the suffragettes often paid lip-service to issues of racial equality, many looked at their African American contemporaries in a particularly unfavorable light.

Were the Suffragettes Racists?

After the Civil War it became evident that Black and White women’s views on voting rights didn’t necessarily align with one another.

But in many instances, White suffragettes discriminated against their Black female compatriots –  particularly those audacious enough to seek formal affiliation with the national Women’s Suffrage movement.

Though they often cited raising the ire of White male southerners and the possible derailment of their crusade as justification, these were likely only ruses to conceal their own racist tendencies.

On March 3, 1913 – the day before Woodrow Wilson’s inauguration – more than 5,000 suffragettes paraded down Pennsylvania Avenue in the nation’s capital.

Their goal according to the event’s official program was to:

“March in a spirit of protest against the present political organization of society, from which women are excluded.”

Included were a rally, witty theatrical presentations highlighting women’s dreary plights at home, school and in the workplace, and a parade featuring marching bands, floats, and throngs of mostly white, sign-wielding activists.

Prominent attendees included Helen Keller and Anna Howard Shaw – an outspoken suffragette, physician, and one of the first women ordained as a Methodist minister in the United States.

But in a blatant display of classism and downright racism, some event organizers demanded that black participants march together at the procession’s tail end – not alongside White marchers in their respective state delegations.

Born a slave in Mississippi in 1862, tireless suffragist and anti-lynching campaigner Ida B. Wells famously refused, instead marching in defiance with White members from Illinois.

Though it’d be easy to blame such episodes on nameless long-dead women who didn’t embody the movement’s ideals, even Elizabeth Cady Stanton – a suffragist titan – wasn’t above ugliness like perpetuating racial stereotypes.

In fact she even used The Revolution – the newspaper she founded with Susan B. Anthony – to stress that the passage of the 15th Amendment would lead to violence against White women at the hands of “sexually depraved” Black men.

But Stanton didn’t limit herself to denigrating Blacks.

All immigrants, even white ones, were fair game too.

“Think of Patrick and Sambo, and Hans and Yung Tung,” she once opined (referring to Irishmen, Blacks, Germans and Chinese), “who do not know the difference between a monarchy and a republic, never read the Declaration of Independence or Webster’s spelling book, making laws.”

Laws to which “white women from decent families” would have to abide.

For Elizabeth Cady Stanton, this was unthinkable.

In addition, both Anthony and Stanton enlisted support from George Francis Train, the eccentric entrepreneur who’d bankrolled their newspaper, whose mantra went along the lines of –

Despite their claims of inclusion, many women (especially southern suffragettes) became embittered when Congress passed the 15th Amendment.

At least in principle, it gave black men the right to vote, relegating – as they viewed it – White women to a lowly position, below those whom they looked down upon as hardly even human.

“When it was a question of race, I let the lesser question of sex go. But the white women all go for sex, letting race occupy a minor position.”

It wasn’t until recent years that the feminist movement – largely focused on issues most important to white women, have attempted to start being more inclusive with “intersectional feminism”. But this may be far too little, far too late. Especially because – being “fem-inism” – it continues to ignore gender-related biases that black men face, on top of racial biases.

To Frederick Douglas, an ardent supporter of women’s rights since the Seneca Falls days, denying Black men the right to vote until such time as it was granted to (white) women was incomprehensible.

After all, as he so famously stated:

Not surprisingly, both Douglas and Black female suffragists felt betrayed when their White counterparts opposed the 15th Amendment.

Susan B. Anthony once said to Frederick Douglass:

“If you will not give the whole loaf of justice to the entire people, it should be given to the most intelligent and capable portion of women first.”

Bravo, if you guessed the “intelligent and capable” part referred to middle and upper-class White women.

Because black culture doesn’t approach gender issues like feminism built by white women does. One reason white feminism may not really fit the narrative for black women is because it lacks required empathy for the historic reality black men faced – which shaped who they are today.

It’s difficult for a black woman to point at black men and say they were historically “privileged” for being men – because they all know both black men and women were treated equally bad – by both white women and white men.

In an interesting paper on gender and black culture by Jasmine Abrams at Virginia Commonwealth University, she interviewed black women in her community to get a better understanding of the unique beliefs in the black community around gender roles.

What you can witness in many responses is a deep empathy for black men — the kind of empathy lacking in overall feminist ideology and rhetoric.

One interviewee – a woman in her 40s – explained why black men may find it difficult to commit when she said:

“Black men are somewhat different because …I don’t think they have the sense of commitment to family. Because of… the history and that’s because of… being separated and sold from your family and never probably meeting up with them again. So therefore they never developed a sense of commitment. Not every black man but some still have that um personality that they can’t be committed.”

Another answer from a 59 year old married mother shows how black women care deeply about men’s issues in their community. They see a disproportionate number of their men in prison or facing extremely biased and unfair sentencing practices in court – and instead of ignoring it, they highlight it. They care about their men.

“…the whole slavery process the middle passage um the Jim crow era all of that even the civil rights era we never… gotten through that to the point where it’s okay and it’s no pain there. We see that pain in the generations behind us with the prison population and the drugs we can’t get behind us it’s just there.”

Unlike modern white feminism – women in the black community see issues like how black boys perform more poorly in school, and they want to fix that problem. Not ignore it.

They see issues like fatherlessness in their communities, and they want to fix that problem – not celebrate it.

Because “intersectional feminism” created by white feminists is still only focused on women’s issues and largely ignores men’s issues – far more black women would likely opt for more humanistic options like egalitarianism instead. An approach to gender that seeks to improve biases and outdated gender expectations not only for black women – but also for black men.

Stripped of their pious auras, it’s clear that most suffragists were just like the rest of society back then – deeply flawed and quite racist.

While white suffragettes purported to support outright equality, where the rubber hit the road that wasn’t always the case, and if they had the audacity to say and do the same things these days, they’d be demonized and ostracized (or dare we say “cancelled”) – and rightly so.

Many claim that a rift still exists between Black and White feminists, and that it traces its roots back to the days of Susan B. Anthony and Elizabeth Cady Stanton.

That may be the case, but should we be surprised that racism, political expediency and ulterior motives were at play back then too?

In short, no. And unfortunately, packaging up a biased and racist history that formed the foundation of modern feminism under the label “intersectional feminism” won’t do enough to actually help improve things for the entire black community.

A better alternative is needed that helps both men and women in those communities. The answer is egalitarianism.

Division of Labor: Why Most Men Shouldn’t Do Half the Chores