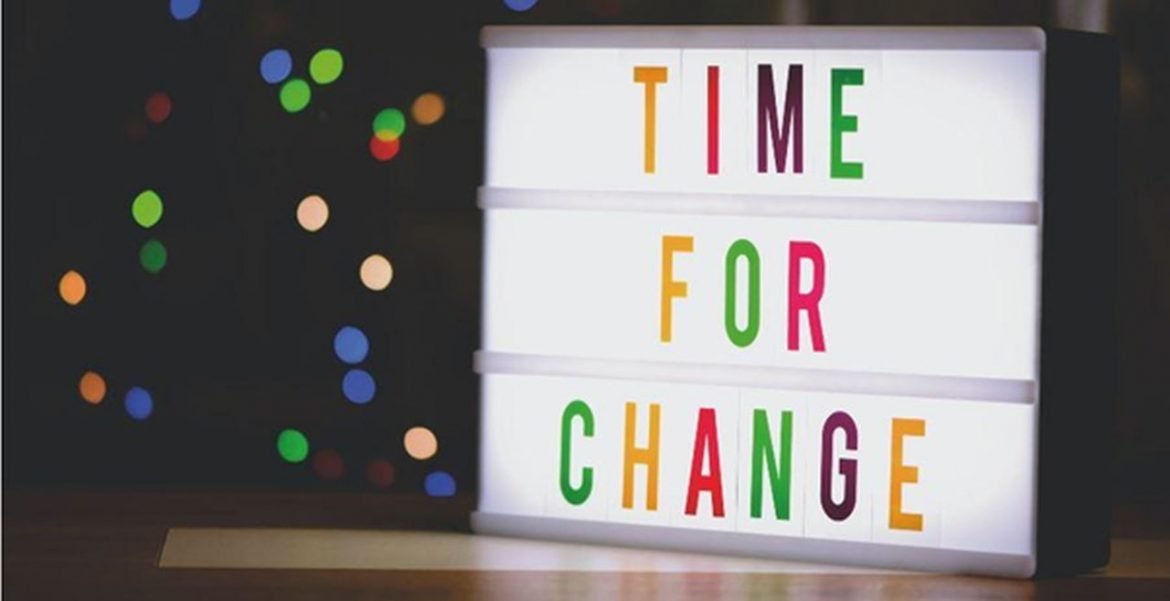 There aren’t many people in this world who can completely shift their core values and perception on topics close to their heart, and then share their view with the world, risking global backlash.

This is precisely what Cassie Jaye, an American film director and self-proclaimed feminist did, when creating her controversial documentary called “The Red Pill”.

In this challenging project, Cassie dives deep into modern men’s issues and struggles in life, interviewing activists from The Men’s Rights Movement, as well as fellow feminists.

The story of her journey is a slow and painful one for her, in which she is confronted by her own mistaken beliefs, often questioning what is even real.

Despite all of this, we trust that it’s a journey each of us should endeavor to embark on. No matter how uncomfortable it might make us feel, it’s a path worth taking, as nothing truly great has ever been achieved without a few bruises.

Why Feminism No Longer Works

The idea that men “have it easy” has been deeply rooted into our social belief system for many years, fueled by media, extreme feminism and the unwillingness of society to listen to men with compassion.

Cassie Jaye initially wanted to infiltrate the Men’s Rights’ movement, thinking that she would likely find nothing but misogyny, hatred toward women, and lots of sexism that she could then expose with her documentary.

What makes her documentary fascinating is that in the end she ends up dismantling all of these false ideas about the Men’s Rights’ movement, but not without some setbacks.

Just like most other feminists, the director finds it difficult at first to understand the men’s point of view, so she decides to record her inner conflicts on video.

As her documentary progresses with more and more interviews piling up, she grows from feeling persecuted for being a female, to recognizing and acknowledging that this kind of thinking has damaged more lives than it should. She comes to understand that accepting that there are issues that are discriminatory in society toward men, does not mean there are not any toward women.

Evidence of feminists finding it difficult to understand this egalitarian point of view is displayed by the fact that her documentary has been banned in Australia. This is heart-wrenching, especially since every year 190 Australian men working in the construction industry die of suicide.

The nature of the construction job market, as well as the unwillingness of society to compassionately listen to male workers when they do share their problems, all contributes to this distressing statistic.

Why then, has the documentary been banned? Is it offensive? Is it out of touch with reality? Does it humiliate women? The truth is, that it simply presents an outlook different from the status quo, it tells us that men, just as women, can be victims of abuse, injustice and sexism.

Feminism Has Changed and No Longer Serves Its Purpose

Feminism has rapidly changed throughout the decades and unfortunately no longer serves its purpose.

Gender equality has been abandoned and instead, we’re seeing more feminists focusing on “exposing” men as the root of all that is wrong with this world. Women are continually told they are victims and prisoners of their own gender.

Everything is sexist. “The Big Bang Theory” is sexist, “Friends” is sexist, even cereal boxes are sexist (as stated by the site Jezebel).

The terms “patriarchy” and male privilege are forced onto anyone who has the audacity to have a different opinion. You are a man, therefore automatically privileged. Therefore your thoughts and feelings don’t matter.

But what happens when one group is censored like that, just because of their gender? You’ve guessed it – the very sort of inequality the women’s movement set out to eradicate over a decade ago.

In a society dominated by the assumption that men are privileged and just need to “man up” many males stay quiet on issues such as abuse and domestic violence. Documentation on males being abused by their female partners is scarce. Men are told that they are the stronger gender and such abuse is impossible, but there are many types of abuse, such as psychological damage and unwillingness to let a father see his kids.

Rape is also a discussion mainly reserved for women, while many men and boys are being raped in war conflicts and continue to be neglected and underreported, due to fear of social stigma.

While the internet is brimming with articles on the “gender wage gap”, there are far fewer sources which point out that men take on more dangerous and well paid jobs, and therefore are more likely to die at the workplace.

Men don’t have the choice to decline, like women do, when they are called on to fight for their country. And when they make the choice to decline, they are immediately labeled (by both men and women) as a coward – a much-hated “draft-dodger”. All because they refused to be the pawn in someone else’s game. A game that continues to be played by politicians who vote for wars — and before you claim those are men, keep in mind a large majority of female U.S. politicians voted for wars like the Iraq war.

Imagine – the privilege to vote for wars, while enjoying the protections of not being forced to fight those wars.

This is not the kind of situation someone who is “privileged” would find themselves in. In fact, in cases like this, it’s women who are privileged.

The battle of the sexes has long gone. We’ve achieved so much in science, medicine and art, yet we (those of us interested in gender equality) still believe that men should just shut up and listen when it comes to these issues, without taking into consideration that maybe, just maybe, they are not the demons we make them out to be.

Why Shed the Feminism Label?

We have a very simple answer to what should be done with feminism. Our approach to gender issues needs to be one in which men just as women, are first and most importantly, human beings who wish the best for themselves and for their loved ones.

The more we let fourth wave feminism get viciously endorsed by the media, the more we lose our grasp on reality with these issues.

Chanting “male privilege” on the streets, while not taking responsibility for our own actions and blaming the patriarchy for your problems is a self-destructive way to think. It’s also a weapon designed to disarm men in their attempt to be heard.

How can we achieve equality, if we keep silencing people and undermining their right to express themselves?

This Is Where the How Comes In

Just like Cassie Jaye in her documentary, we know many people at first will feel attacked, misunderstood and even angry while reading this.

Their knee-jerk reaction will be to assume that our sole purpose (not only with this article but with this entire site) is to retire women to the kitchen for the rest of their lives, but this is not the case.

Our biggest desire is to demonstrate that equality is for all of us, no matter gender or race, and it is against basic human rights to prioritize one gender more than the other.

And because feminists don’t get this, they find themselves in very uncomfortable positions when issues like transgender rights comes up. When your entire ideology is based on demonizing the other gender – removing gender removes your ammunition. But if you focus instead on human rights, rather than a person’s individual gender in order to decide on things like sexism or discrimination, you always stand on the right side of history. You always stand on the side of equal rights.

We don’t need to look at men or women as the enemy, because in reality, the only enemy is the ideology which suggests one gender always has an advantage and more authority than the other. This is the kind of thinking that creates civil wars, sparks conflicts and ruins lives.

We know, just from our own lives and experiences with the husbands, brothers, and sons we love, that there are plenty of cases when the female gender has an advantage and more authority. If we are blind to those situations because it doesn’t fit into the narrow-minded feminist “patriarchy” theory – we are doomed to fail when it comes to achieving true equality.

One thing we’ve learned from today’s feminism is that, as much they want to hide it, feminists are driven by emotions, predominantly negative ones.

Just like any other person under the influence of extreme emotional responses, feminists gradually start turning biased and relentlessly negative towards anyone with a different view – man or woman alike.

In cognitive therapy, patients are taught how to handle their strong emotional responses, by figuring out what causes the emotion, is it really the situation in question, or a deeply rooted past trauma? Or maybe simply from your own limited experiences that don’t reflect the experience of the majority of people in the world.

Is this emotion valid, or is it just a manifestation of that past trauma that’s completely out of touch with reality? Whenever a person has a painfully strong emotion to a seemingly natural situation, they have to ask themselves “Why am I reacting this way?”

How to Transform Your Thinking and Improve Relationships

Just like in therapy, we can apply the same techniques before placing blame and pointing fingers. Instead of choosing to accept everything we see and read as the pure truth, we can teach ourselves to put emotions aside and develop critical thinking.

Does an article make you feel especially uncomfortable? Good! Read it, dismantle it, research who the author is, check the facts and ask yourself “Why am I feeling this way?”

The answer won’t come immediately, but with time, you will see that this emotion doesn’t make any sense.

You could watch Cassie Jaye go through this process of cognitive transformation on-screen in The Red Pill, and it was truly remarkable to watch. It displayed a level of emotional and intellectual strength that few people have. And in the end, Cassie rightly decided that today’s feminist ideology does not reflect reality. And it has no hope of achieving true equal rights for everyone.

As long as men’s voices are ignored and berated, just because they’re men, equality will be gradually diminished and protection from discrimination and sexism reachable just for the vocal few, who’s hateful voices are so loud, you have no choice but to just shake your head and walk away.

Men’s Rights in Cuba: Even Under Communism,...

3 Ways Feminism Is a Dangerous Hate...