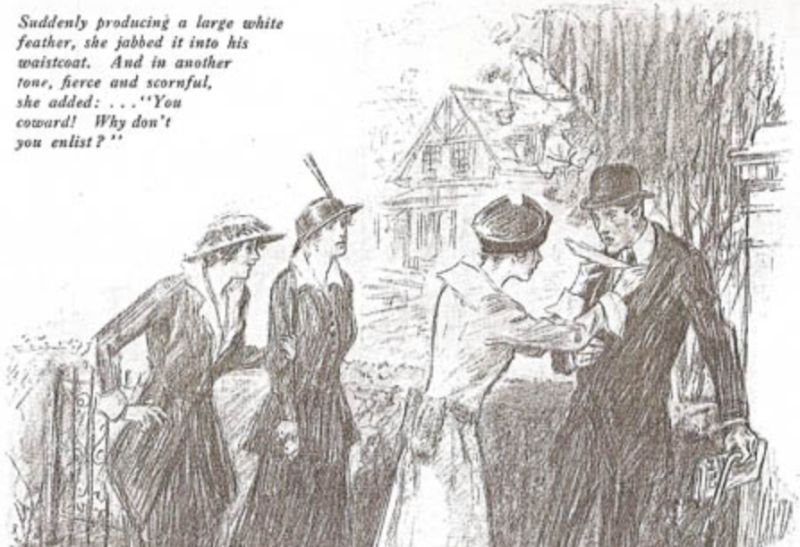 Patriarchy theory is the dominant sociological theory of gender relations in Western academia. It holds that men dominate society and women, and that men maintain a place of social privilege. It claims that gender roles enforce this dynamic, but deny that these roles and consequent dynamics are the result of any innate difference between men and women.

Patriarchy theory is based on a Marxist sociological interpretation but nevertheless maintains the status of “established narrative” in most Western universities. Of course it has many dissenters like Drs. Warren Farrell and Christina Hoff Sommers, but these academics tend to be coerced or forced into silence.

When looking at the many examples of esteemed academics who have spoken out against the established doctrine, only to be persecuted by the academic establishment, it makes it clear they’re onto something very important.

Heterodox academics call this image above the “Apex Fallacy.” Modern gender theory sees a small minority of men as powerful and applies that stereotype to all men across all of society.

In other words, men represent the majority in the both the top and bottom levels of society while women by and large fall into the middle.

This is a big problem for patriarchy theory. If men truly dominated society, there shouldn’t be so many women who have privilege and advantage over so many men.

When Europeans enslaved Africans, did they give the slaves any privileges that were denied to the whites? Of course not. That’s not what a dominating demographic does. Oppression of a group represented in the real world is very clear to see across the board, in every statistic and outcome — just look at racial outcome differences in the U.S. and you’ll see what privilege looks like.

However, in the case of gender, this isn’t the case by any stretch of the imagination.

To further understand the patriarchy paradox, let’s take a deeper look at what female privilege looks like in society. While these issues usually get ignored in discussions about “male privilege”, the list is actually quite long.

As a society, we care much more about victims if they’re women, and we try to save women from harm before we save men.

This female privilege explains why men have a lower life expectancy. It also explains why men are more frequently the targets of violent crime. Even criminals care more about female health and lives!

2. Women have no liability for combat or military service

Throughout history and up to the present day, only men have been expected to go to war.

This female privilege explains why men die more often in combat than women. It’s also part of why men have higher rates of substance abuse.

3. Men are expected to “provide” for women

Men are expected to not only provide for themselves but for their family. If they have no children, they still have to provide for a wife.

It’s socially acceptable for a woman to find a man to provide for her or to rely on her father if she hasn’t found a husband.

Finally, it’s also part of the reason men choose higher paying jobs, but we’ll dive deeper into that in a minute.

4. Women are viewed as morally superior

Society automatically views women as innocent victims and men as inherently evil predators. People have been socialized to view women as morally superior and to have more empathy for women — even women who are criminals or predators.

5. Assumption that even inexperienced or abusive women are better caretakers

Society automatically assumes all women are better caretakers and parents than men, and is in general apprehensive of men caring for children.

These assumptions are made despite the fact that according to the U.S. Department of Health and Human Services, 40% of child victims of child abuse perpetrators are mothers acting alone. The majority of murders by female caretakers are young male victims.

This is another good example of an area of society where the “power” structure – where women have always maintained a role of power over children – thanks to social stereotypes and beliefs. And male children suffer the most harm because of this.

These many female privileges represent a huge flaw in patriarchy theory. Academics who buy into the established narrative repeatedly bend over backward to develop convoluted explanations that rationalize away female privilege and male discrimination in order to protect their theory.

When it comes to theories, the current establishment usually refuses to scrap their bad ideas. Instead, they defend those to the grave, no matter the more elegant theories offered by dissenting voices. Usually these voices are just told to shut up. Just like Copernicus and Einstein were.

So let’s forget about patriarchy for a minute. Let’s wipe the slate clean and try to come up with a new theory that explains both male and female privilege and the social dynamic between the genders. What we come up with a theory based on sexual value.

Indeed, gender roles are based on innate natural differences between men and women, though they are often exaggerated and institutionalized beyond any biological rationale. At the most fundamental, women are considered to be more sexually valuable than men.

Why? Because women can grow and birth offspring, and they can only do it one at a time. In other words, the more women, the better for society. Men, on the other hand, were and are considered to have little sexual value. Men are not necessary to incubate fetuses, and only one man is needed to fertilize hundreds, even thousands of women. That means the vast majority of men are sexually superfluous, and this informs all social gender roles, privilege and dynamics.

This is the definition of gynocentrism: A society that is biased toward protecting and providing privilege to women in order to protect their lives and their health.

Basically, women are the most valued individuals in society – particularly if they’re young, attractive and fertile.

Men, however, have no inherent value. They must prove their worth, usually by providing resources, some valuable skill, or leadership qualities. They must be willing to sacrifice their health or life in order to be viewed as a valuable member of society.

As you may be able to gather, gynocentric theory explains why men occupy most of the top positions in society, but also most of the bottom positions. It explains why women have all of the listed privileges in society, like the expectation of being provided for and no liability to fight for or to protect their families.

Then, while all men feel much more pressure to fill these sorts of social roles than women, only a small percentage of men actually can. The rest fail, and since they haven’t proven their worth to society through achievement, they fall to the bottom of the social hierarchy. And a gynocentric society has no empathy for them.

They become the homeless, the drug and alcohol addicts, the incarcerated and the suicides. Society cares little about whatever happens to them and instead focuses all energies on women’s problems, even if they are less affected. These are the impacts of a gynocentric society, and simply continue to fuel gender inequalities for everyone.

Doesn’t this all seem to follow the principle of Occam’s Razor a lot better than patriarchy theory? It’s simple, and explains everything, without having to ignore data and facts that don’t go along with the narrative.

Meanwhile, proponents of the established “patriarchy theory” narrative have gone so far off the deep end that they’re now claiming things like carbon fiber fabric is a tool of the patriarchy.

If that’s not a sign of a theory sinking under the weight of its own convolution, I don’t know what is. The gynocentric theory is there as a lifeboat for anyone looking for a sensible and a more evidenced-based way to view gender dynamics.

If we really want to tackle gender inequality, we need to bring this outdated notion of placing higher value on women’s lives and health into focus. We need to discuss this honestly, in a world where civilization is not on the brink of extinction (quite the opposite, actually). It’s an outdated social order, and eradicating it would quickly bring greater equality and eradicate discrimination against both men and women in modern society.

Women and Children Was Not a Myth:...