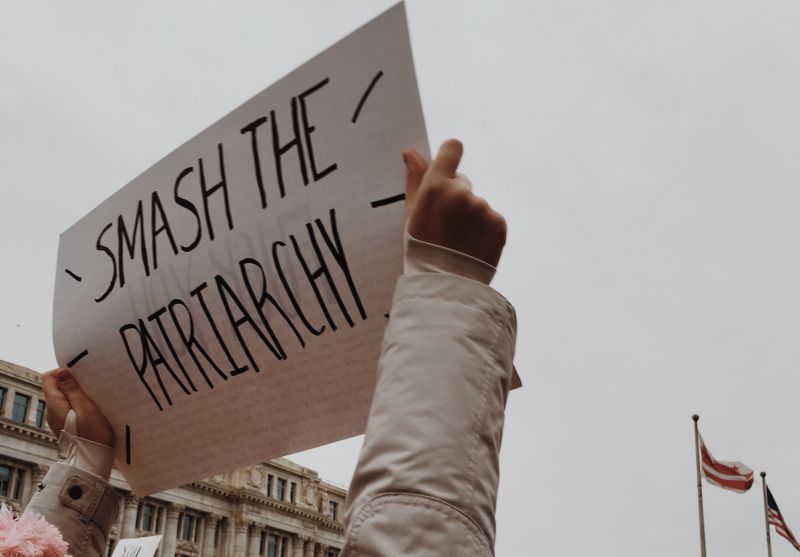 Feminists sure seem to have a low opinion of women. And I don’t just mean because they regularly berate strong, independent women just for disagreeing with them.

No, the very foundation of feminist dogma, that men dominate society through patriarchy that grants them power while oppressing and discriminating against women, is actually misogynistic.

The History of Gender Roles

Consider a simple example. Two societies live in a cold environment. One places a heavy importance on clothing and lectures its children endlessly on never going outside without several layers, shoes and a hat. The other society doesn’t worry so much about it. Naturally, the well-clothed society will better survive their cold environment. They’ll be able to reproduce and expand more easily. Eventually, they’ll be the only society in the area, and their culture will proliferate.

Of course, most aspects of culture are much more complex, and most of the time, societies don’t even recognize on a conscious level the selective pressures that have caused traditions to survive.

In our above example, for instance, perhaps the well-clothed society’s religion started telling people to dress in layers for sexual modesty. They probably even developed stories and mythologies about it. Nevertheless, the custom helped the society survive, so those stories and mythologies proliferated. In the end, that’s all that matters.

This is how gender roles evolved. It’s interesting to note that in agricultural societies across the globe and throughout history, the more general aspects of gender roles are consistent with what feminists call patriarchy. That is, men hold positions of political and military leadership, do most of the physical labor, and fight in violent conflicts. Women care for children and do most of the domestic work. This was true for ancient Europe, China and Mesoamerica, even though these societies had never encountered each other.

These roles are enforced through extensive mythologies that differ from culture to culture, but they’ve survived for very simple environmental reasons.

Women are reproductively valuable, so a society can’t afford to put them in harm’s way. Societies that protected their women from harm were able to produce more offspring and grow faster, so they’ve proliferated.

But if women can’t do the dangerous jobs or powerful jobs that keep them away from home for long periods of time, who does? Men, obviously. As a result, men have a lot of pressure to get to the top of the social ladder. If they can become one of the few rulers at the top, they can avoid the dirty or dangerous work that falls to the majority of men in society.

For starters, feminists rarely pay attention to the hordes of men left on the bottom rungs of society: the homeless, the war victims, the injured construction or mine workers, or the the homicide victims.

Instead, they only seem to notice the very tiny fraction of men who hold positions of power. They then posit that these men created and reinforced culture through religious texts and mythology to maintain their power and oppress all women.

When we juxtapose this theory with the historical realities, though, it begins to look increasingly misogynistic in more than one way. Indeed, it seems like only someone with a very low opinion of women could come up with it.

How Feminist Version of History Is Misogynist

For starters, why have women endured under the thumb of male oppression not only over thousands of years but in dozens of distinct societies? Many other demographics have been oppressed throughout history, enslaved, conquered or subjugated as tributaries.

It never takes long for these populations to start resisting. Even lower, marginalized classes of people from the same societal background and raised with the same mythology start to rebel after enough time.

So why not women? Well it could be that while female traditional gender roles did come with disadvantages, it also came with many advantages, and it certainly wasn’t a form of “oppression”. It was a culture men and women had slowly developed together through invisible cultural evolution.

Feminists, on the other hand, would have you believe that women were the biggest chums in history, bowing down to their male masters for millennia without so much as a complaint.

Second of all, we all know women heavily reinforce gender roles. Women have traditionally been in charge of childcare. They still represent the vast majority—89%—of elementary school teachers. Throughout the ages, it’s been primarily women who have trained girls to be homemakers and boys to be warriors.

You probably already know the feminist response. Well, those women were just brainwashed by their patriarchal culture. Not an especially empowering thing to say about their fellow women, but it gets worse. Feminists don’t apply the same logic to men. Feminists claim men invented religions and laws and wrote texts in order to structure society in their favor, but weren’t those same men the product of their culture, i.e. equally “brainwashed” as women?

Not in the eyes of feminists. However, if men are individuals with agency who manipulated culture for their own benefit and women were just followers of that culture, what does that say about women? You can only apply this double standard if you think that only men are rational free-thinkers while women are dumb sheep who go along with anything. Yet this is the blatant misogyny feminists espouse.

Men and Women Are Equal

Men did not invent culture and gender roles in order to oppress women, and claiming such is an insult to modern women and thousands of years of female ancestors. Instead, society evolved over generations through unseen forces of nature and the environment. Women are half of society, and they have played an equal part in creating and enforcing traditional gender roles.

Now, if we as a society want to say that gender roles no longer serve a practical purpose and we should eliminate them, then you have a noble goal. But we will never get any closer to that goal if we continue using false dogma like patriarchy theory to point the finger at just one gender.