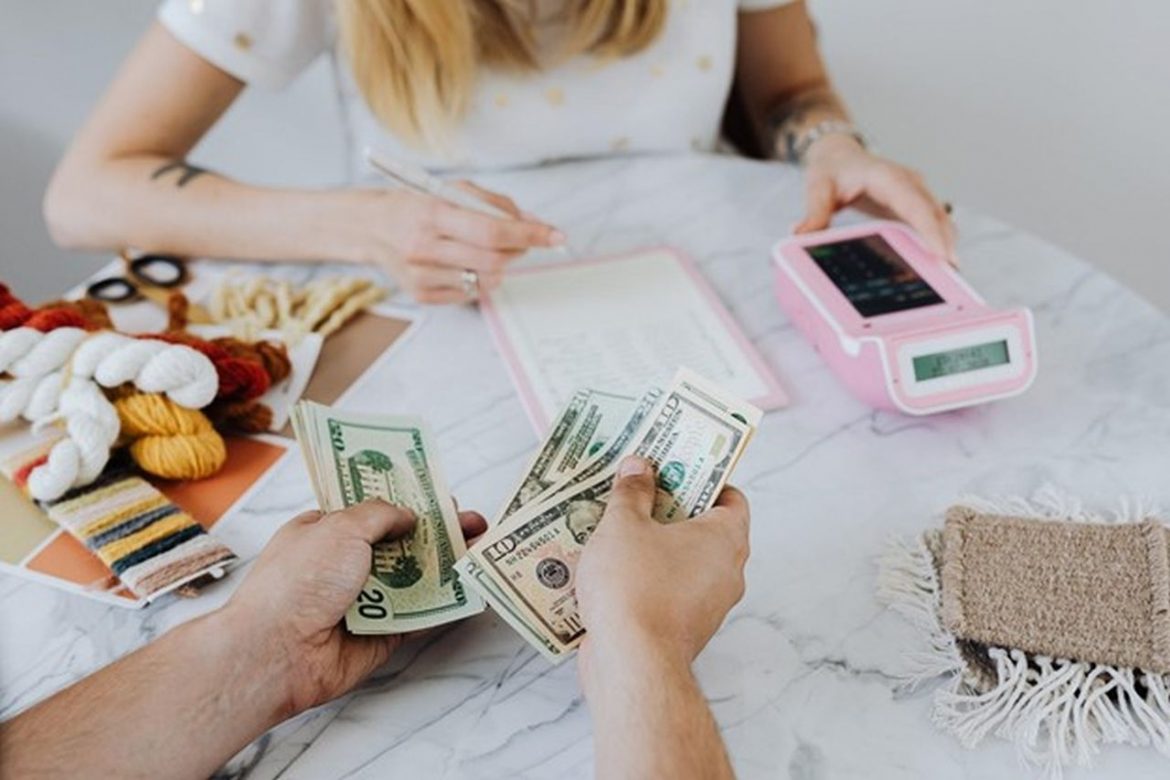 Women often claim that they are the victim of a wage gap, and that they don’t have equal pay. This claim couldn’t be further from the truth. Far from oppressed victims, it’s actually women who often make financial slaves out of men.

Here are just a few facts that paint a more accurate picture of the truth:

The “pay gap” that you hear so much about? It doesn’t exist. Women simply choose careers that earn less. These statistics alone are enough to prove that women, far from victims of oppression, are not only earning as much money as they seek, but women also typically control the finances of their household.

This phenomenon is likely due to sexist gender roles regarding male “providers”.

According to the Pew Research Center:

Further, the Journal of Behavioral and Experimental Economics concludes that men view working time as a source of status. These studies show what we already knew: that men only feel they have value if they are “providing” for their family, and specifically, for their significant other.

Women, on the other hand, prioritize shorter hours and family time – all while controlling 90% of the household income. Feminists will tell you that this is all a result of the “patriarchy”, but if men are in positions of power, then why don’t they have equal time at home with their kids, and equal control over how the household income is spent?

In fact, the fact that men have less control over overall income shows the opposite to be true – there is no “patriarchy” providing men with power. Instead, there seems to be some other social forces at work that not only provide women with more time at home, but also give them control over how the financial wealth of society gets spent.

Women control $43 trillion of global consumer spending in 2020, yet the statistics show that they often choose to be stay-at-home caregivers. This allows them to reap all the financial benefits of their household income – not only income they might earn if they work outside the home, but their husband or boyfriend’s income as well.

Sexist traditional gender roles have convinced many men that their place is away from home, working and providing, and that it is morally right to surrender their finances to the woman’s control.

There Is No Patriarchy: Women Actually Control Most Wealth

The economy is clearly built on female consumption. As Delphi Cleaveland puts it:

Women control roughly $20 trillion in annual consumer spending and this figure is expected to increase by up to 40 percent in the next five years. This trend is largely the result of female-powered households, in which women are responsible for between 70 and 80 percent of all consumer purchases — accounting for themselves, their partners, their children, and other miscellaneous household needs. A study published by Harvard Business Review determined that on average women make 94 percent of home furnishing decisions, 92 percent in vacations, 91 percent in homes, 60 percent in automobiles and 51 percent in consumer electronics.

He goes on to say that “women represent a growth market bigger than China and India combined; and, collectively, they represent the second largest economy in the world, based on earned income versus GDP” (Cleaveland).

It’s clear that women not only spend more than men, but actually control men’s finances too – regardless of whether or not they themselves earn anything.

Though women have made great strides in equal rights with men, such as vastly increased occupation choices, many still have hung on, with a death grip, to unequal rights that favor women. Men paying for everything—from dinner, to diamonds, to literally everything—is a vestige of the old days that some women love to capitalize on.

Many men are conditioned to not question their role as gift-giver, and can’t quite put their finger on what feels so awful if they are taken advantage of in this way. If they do consciously think it’s unfair, they may be ashamed to admit it, or find little support for their view.

“Little support for their view” is the understatement of the century.

One quick google search and a person will find that there is virtually no mention of financial exploitation or abuse by women against men, and it’s doubtful if any support group of any kind exists to deal with such a problem, for men.

Conversely, articles and support groups abound for women who have been financially abused by men.

These types of pressures can cause job loss, ruined credit, and a host of psychological problems. The aforementioned tactics are often listed as those that occur during domestic abuse against women, but are rarely mentioned in relation to men. After all, men are supposed to work hard, provide, and hand over the check to the woman, right? Just look at the PCADV website. See any men in those images?

Ironically — almost all of those behaviors listed are commonplace for men. Many men have become financial slaves to women. Whether they’ve done so because of outright financial abuse or because of a desire to conform to sexist traditional gender roles is irrelevant.

The point is this: Women are perfectly capable of earning more and today have more freedom than ever before to earn their own income. Yet, many women choose to earn less yet due to lingering traditional gender roles, continue to enjoy controlling the majority of household finances, making up the largest and fastest growing group of consumers.

This is just another example of how men are viewed as disposable producers in modern society, and how so many statistics are skewed to favor false feminist narratives. If we’re going to talk about eradicating sexist traditional gender roles – we must also take on those that have always benefited women, not only those that have always benefited men.

Gender equality isn’t a buffet where you get to pick and choose fixing only those things that help one gender. It’s time we take a serious look at eradicating the idea that men need to be the financial providers – men deserve to keep and spend their own money, just as much as women do.