Home Privilege Women and Children Was Not a Myth: Researchers Attempt to Rewrite History
Privilege 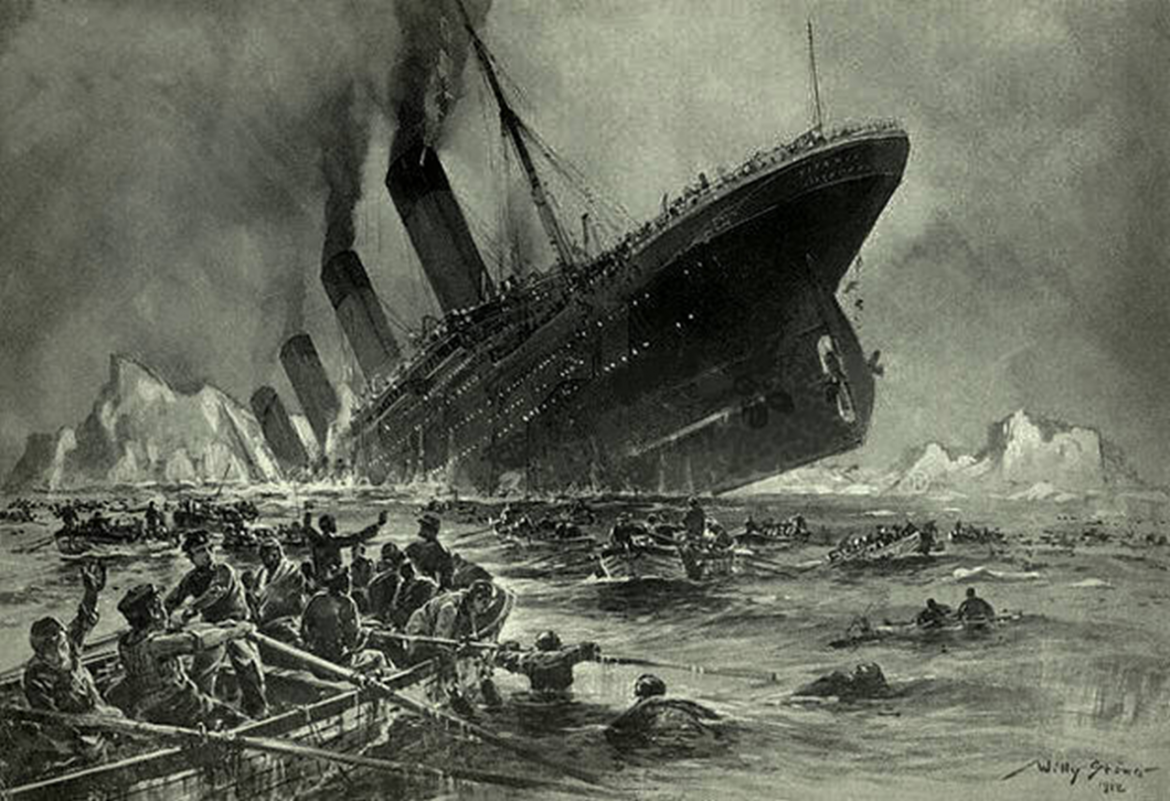 Rewriting history is business as usual for feminist political activists—sorry, “gender studies researchers.” The primary strategy is manipulating and spinning data in an Orwellian attempt to convince us of what we’ve all seen with our own eyes.

For most of us, “women and children first” is an obvious social norm. Not only is it central to fictional and historical accounts, but we’ve witnessed it in our everyday lives – not only in the recent past but still today.

I doubt I’m the only one who, as a child, watched the adult men let the women out first during a fire alarm. Yet that didn’t stop the media from recently declaring “‘women and children first’ a myth,” all based on a single flawed and heavily biased research study.

Time to set the record straight.

The History of Women and Children First

“Women and children first” is a phrase usually associated with shipwrecks and maritime disasters. It’s a code of conduct whereby male passengers let women and children escape on lifeboats first, either taking later rescue options or going down with the ship.

The expression was popularized by the wreck of the HMS Birkenhead in 1852. A military vessel, the Birkenhead, was sailing from Simon’s Town, South Africa, with British troops heading to fight in the Eighth Xhosa War. At aptly named Danger Point in the Western Cape, she struck a rock and sank.

The story of the HMS Birkenhead was the nail in the coffin for my own personal belief in Patriarchy Theory and the oppression of women. Not just because the men died while the women rowed to safety, but because afterwards the British government hung paintings of the shipwreck featuring a young drummer boy going down with the ship in nurseries and schools around the empire.

They drilled the message into every boy that his life was more expendable than a woman’s. I came to wake up and realize that this isn’t something a society in which “men oppress women” would have done.

As a result, the women had an even higher survival rate than children, at 74%. Children survived at a rate of 52% while only 20% of the men survived.

Apparently this is the story that the gender researchers wanted to prove was an exception rather than a manifestation of the higher social value placed on women. Of course, to do this, they really had to manipulate the data to suit their purposes. But then, that’s just par for the course with feminist “researchers”.

The Feminist Researchers Fudged the Numbers

The above mentioned researchers claim that despite notable cases like the HMS Birkenhead and the Titanic, women actually die at higher rates on shipwrecks and therefore “women and children first” is a myth.

To prove this, they cherry-picked data from 16 shipwrecks in addition to the Birkenhead and Titanic, which all combined show women have the lowest survival rate while crew members actually have the highest.

Why only 16, you ask? After all, one can easily go to Wikipedia and find a list of many times more civilian shipwrecks, not to mention military ones. For example, the researchers intentionally skipped over the Texas City disaster and wreck of the SS Grandcamp, one of the most infamous modern shipwrecks in the US that killed 581.

The entire all-male crew perished in the disaster as well as all but one of the all-male volunteer fire department. With a sample size of just 18, adding just this single data set would dramatically change the results of the study.

Elinder and Erixson don’t explain why they chose the shipwrecks they did and excluded others, but it doesn’t really surprise me. There are far more shocking examples of feminist organizations fudging the numbers in the name of feminist propaganda and the female victim narrative.

WHO Data on Victims of Natural Disasters

Most notably, the WHO performed an extensive study analyzing the demographics of victims of natural disasters. They found that men died at higher rates than women, something totally expected by anyone even remotely familiar with “women and children first” and the social norms surrounding emergencies.

It would seem pretty cut and dry that when it comes to natural disasters, gender roles obviously disadvantage men, but you’re underestimating the ingenuity of the WHO and the researchers interpreting their data.

Boy and girl children die at equal rates, while adult men die at much higher rates than women. As a result, the average age of a female victim is lower than that of a male victim. Therefore, natural disasters have a seemingly more “dramatic” effect on female life expectancy than male, meaning women are the victims.

Not only that, but the media used the study to claim that women die more often, which is of course the polar opposite of the truth.

The Emperor Has No Clothes

Look, women certainly have plenty of disadvantages associated with their traditional gender roles, and they face their share of discrimination. But so do men. Why is the feminist establishment so obsessed with making men out to be the bad guys and women the victims in all situations, even if it means manipulating data and even outright lying?

Well I’m saying it. The Emperor has no clothes. Women and children first is a fundamental gender norm in our society, and everyone knows it. Society values a woman’s life over a man’s life, and the millions of men who have died in natural disasters so women could live are the real victims of this discrimination.

It’s also an affront to their memories for anyone to lie about the gender discrimination that led to their death, while the women in the same scenario lived.

What is Society’s Definition of a Successful...