Black Fathers Matter, and We Need to Do More to Help Them 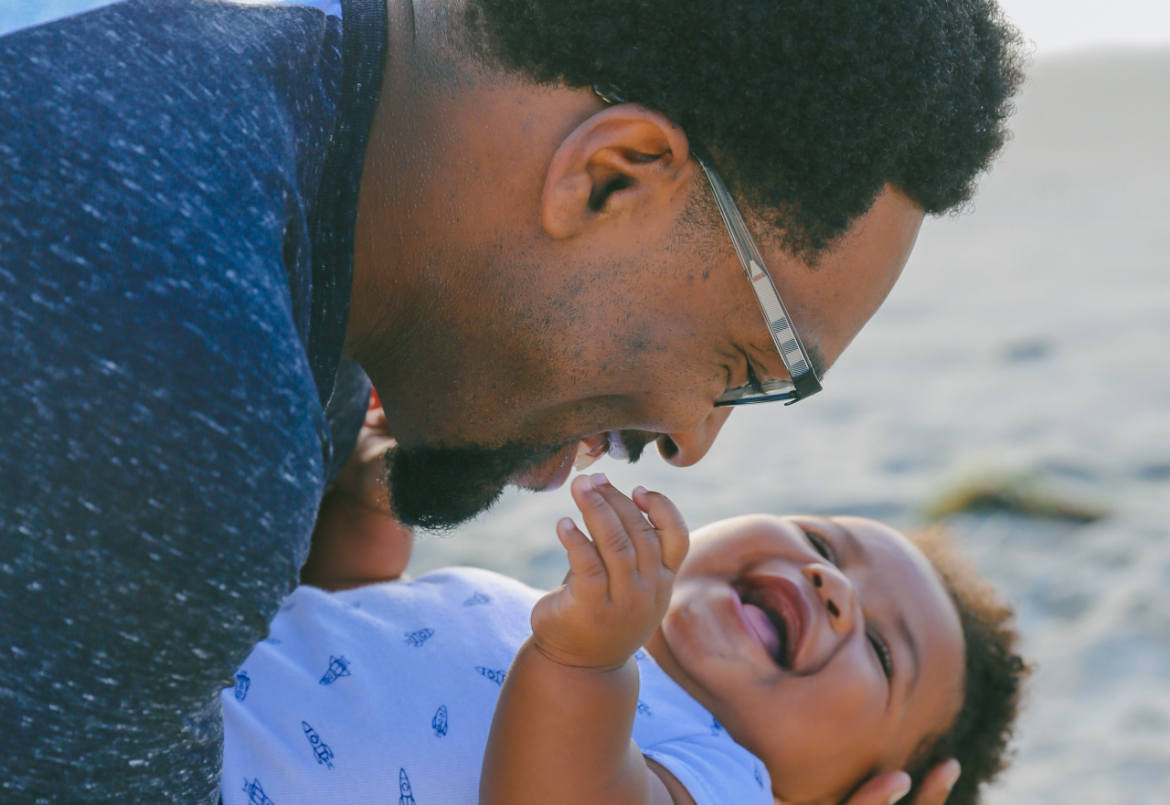 Since the 1960s, fatherlessness in the African-American community has been a growing issue, one that’s come to the forefront of national policy discussion lately. In 2015, 77% of black children were born to unwed mothers, compared to around 30% for whites, 50% for Latinos and 10% for Asians.1 About 58% of black children were living in a home without their biological fathers.2

Now, that doesn’t necessarily mean that 58% of black kids don’t have relationships with their dads. In fact, data from the CDC suggests that black men are one of the demographics most enthusiastic about being involved in their children’s lives.3 Black fathers aren’t to blame. They love their kids as much as anyone else.

What that 58% number really reflects is how much our society tries to keep black fathers away from their children, how little respect it gives them and how little emphasis it places on their role in their kids’ lives. Instead of helping black fathers, we make it as hard as possible for them to care for their children.

Just consider how many black men we throw in prison: roughly 2,300 for every 100,000, or 2.3% of the entire demographic.4 In fact, while an astounding one in 10 American men will go to prison in their lifetime, the chances are even higher for black men at nearly one in three.5

The National Fatherhood Initiative found that children who grow up without a father had higher rates of the following conditions than those who do6:

As you can see, fathers play a huge role in their kids’ wellbeing. Moreover, these consequences don’t just ruin the lives of the boys who experience them. They create a cycle of fatherlessness.

Drug abuse and dropping out of school can lead to poverty. Crime can land men in prison, where they certainly can’t be active fathers. Lastly, teen pregnancy is far less likely to involve a stable, two-parent household. Each generation just gets more and more trapped in the cycle.

Anti-Male Bias and Policies Are to Blame

Most people know black men aren’t to blame. They’re quick to recognize the institutional biases and bad policies that negatively affect the black community and result in these social crises.

However, this is only half the story. This specific issue is not an African-Americans in general. There’s no black motherlessness crisis. So on top of anti-black policies, we have to admit that anti-male policies are also to blame.

First, African-American economists like Thomas Sowell blame the discriminatory social programs developed in 1960s.7 Not coincidentally, the crisis of black fatherlessness began right after. That’s because these social problems, ostensibly aimed at fighting poverty, discriminate against men. According to the Center for Family Policy and Practice, “the majority of United States anti-poverty programs almost exclusively serve women and children.”8

In fact, the original Aid to Dependent Children Program had something called the “man-in-house” rule which denied welfare payments to any home with an adult male living there. Although it was struck down by the Supreme Court in 1968, states still enforce the rule with impunity.9

Combine this with the courts’ overwhelming bias for women in custody battles10, and the consequences become obvious. The mother, who inevitably has total control over the children, is financially better off if she prevents the father from caring for his children. Not only will she receive more welfare benefits, but she can use legal force to extract child support from the father. The father, of course, receives no benefits whether alone or with the children. Financially, he’s more of a liability than an asset8, to the detriment of his children’s emotional and mental health.

Lifetime prevalence of incarceration by demographic

We’d Rather Send Fathers to Prison

While support programs for single dads are basically nonexistent, the US seems to have no problem dumping money into incarcerating them. In fact, the United States has something like a quarter of all the world’s prisoners.11 And the vast majority of those prisoners are men.

For black men, it’s a battle on two fronts. Blacks already receive 19.1% longer sentences than whites for the same crimes12,  but while this has come to national attention, the court system discriminates against them for being men even more. Specifically, men can expect sentences 63% longer than women for the same crimes.13

Well, why are we so much less eager to throw women in prison than men? Among other things, judges and juries assume, based on traditional gender biases, their children need them. It would be a disservice to society to throw a mother in prison. Why aren’t fathers given the same consideration? We’ve already seen that fathers are incredibly important to their children’s wellbeing.

We Can’t Talk About Men’s Issues

Sociologists like Daniel Moynihan recognized the crisis of fatherlessness in the African-American community almost as soon as it began in 1965.

He published his findings in a book called The Negro Family: The Case for National Action, also known as the Moynihan Report. He was heavily criticized by feminists who accused him of espousing a “male-centric” view of social problems.

They claimed he was trying to undercut women’s newfound economic independence by overemphasizing the importance of men and fathers. A half century later, we can see the ramifications of their ridiculous anti-father rhetoric.

Institutional Racism and the Myth of the Deadbeat Dad

Ultimately, the legal problems facing fathers are just manifestations of deeper cultural issues. We simply don’t value fathers like we should, especially if they’re African-American.

The feminist movement succeeds in passing new laws every year like anonymous birthing and safe haven laws that allow women to legally abandon their children, but men are still demonized for not seeing their kids, even if it’s by court order.

African-American fathers love their kids, so ask yourself why every black character on TV and in movies grew up with a single mom and a deadbeat dad who was too busy doing drugs to see him?

Ask yourself why society would rather paint black men as bad fathers than knock down the barriers that, by keeping them from their own children, hurt both them and their kids. It’s racism and misandry, plain and simple. These men deserve the same value and respect as their female counterparts.