Black Men Matter: The Origins of Systemic Racism in the American Police Force 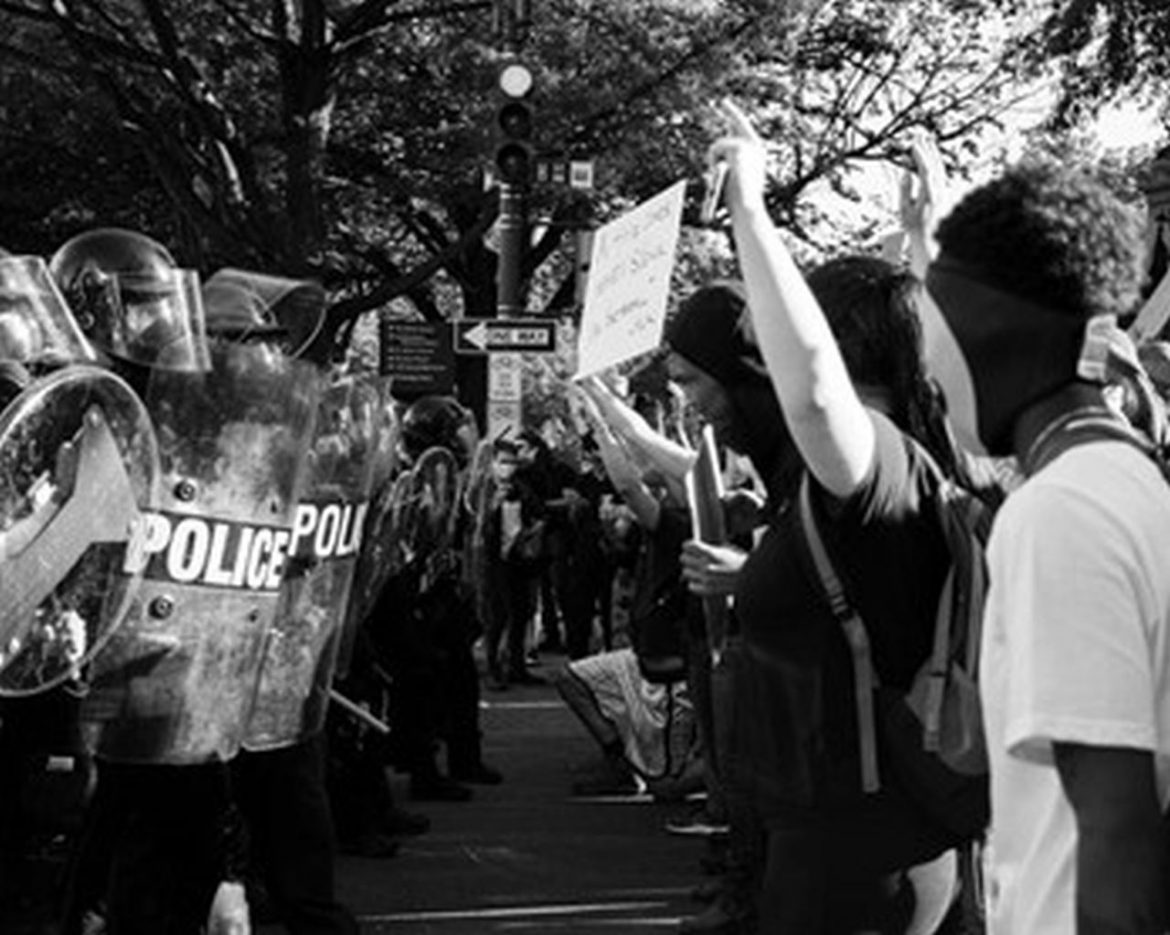 Black Men Matter; as do all men and women. In fact, ALL humans matter, and really none of these statements should have to be made, as these are basic principles – and all human life is sacred.

But the fact is that, in 2015, an investigation by the Guardian found that Black men were 9 times more likely than any other Americans to be killed by the police. So it seems that there is clearly a need to reassert the fact that Black men, indeed, do matter.

Have Things Improved Since George Floyd?

But that was in 2015. After the massive political and social upheaval generated by the Black Lives Matter movement, in the wake of George Floyd’s brutal killing in 2020, things must have improved, right? Wrong.

A report by NBC News states that the number of Black people killed by the police has actually increased in the last two years; not decreased. This is shocking as it’s the opposite of what we might have expected to happen in the wake of what felt like a radical turning point for social justice, under the banner of Black Lives Matter.

Data collected by The Washington Post shows that the police shot and killed at least 1,055 people in America last year; and also that even though Black people account for less than 13% of the overall US population, they actually accounted for 27% of all those killed by police in 2021.

Although more white people are shot and killed by the police in general – number wise; the disparity only becomes apparent when the population distribution is accounted for. Then it becomes strikingly clear that African Americans are killed at a highly disproportionate rate, especially Black males.

Why Are a Disproportionate Number of Black People Killed by American Police?

The answer to this question is not straightforward. But it is clear that there is systemic bias and racism within US policing; the origins of which are likely to lie in a complex interrelated relationship between historical-cultural-psycho-social elements, including legacies from slavery, and how the police force was initially formed.

Whenever you look into the history of how the American police force first came to be, especially in the South, it doesn’t make for an easy read. In fact, it’s rather shocking to think that any organization with the proclaimed goal to “Protect and Serve”, could have come from such dark and sinister origins.

The Evolution of Policing in America

What much of today’s generation may not be aware of is the fact that a large proportion of policing in America was initially set up to capture and brutalize enslaved people. Police units began as slave patrols in the Carolina colonies that were settled by the English in 1704. These patrols consisted of three to six men on horseback who carried whips, ropes, and guns.

They patrolled the roads making sure that enslaved people didn’t escape from their “owners”, and would check that all enslaved people had passes and permission to be off their plantations. It was also the job of slave patrols to monitor gatherings of enslaved people, which were “illegal”; even for religious worship. Slave patrols prevented Black people from gathering together in any way. This was a form of pre-emptive, counterinsurgency by the white authorities, in an attempt to eradicate opportunities for potential uprisings.

Slave patrols would also search the properties of enslaved people and confiscate any weapons or books (as it was illegal for enslaved people to learn how to read and write). These patrols were known for their brutal and harsh treatment of whoever they found to be “breaking the law”, and their punishments often included beatings, whippings, and hangings.

By the end of the 18th century, every slave state in America had a slave patrol.

With the abolition of slavery in 1865, these forces developed into professional police units supporting and enforcing the sharecropping system. Sharecropping was a scheme that served to keep the newly emancipated black population suppressed and exploited, in which they had to pay a portion of their crops to the landowners as a form of rent.

Police In the Northern States Biased Against “Immigrants”

In the northern states, however, while the reasons for introducing policing were different; they still had similarly racist foundations.

As the North had become increasingly industrialized, the need for workers led to an influx of foreign immigrants from Europe; mainly Germany and Ireland. This mass influx of foreigners gave rise to attitudes of “nativism” – meaning that, if you weren’t American born, you were viewed and treated as less equal and often subjected to discrimination.

The population boom combined with how unfairly the foreign workers were treated led to a rise in public disorder. Most of this disorder was attributed to Irish-Americans who were often identified as the culprits of numerous riots, robberies, assaults, and general drunken disturbances. As a result, there was widespread prejudice and discrimination against the Irish. They were considered the “dangerous class”.

In an attempt to counter this disorder, the first public police style units in North America were established in Boston and New York between 1636 – 1658. These policing units consisted of “watchmen” (local men paid to keep a look out for trouble, robberies, fires, etc). These policing units were volunteers whose initial aim was to control and subdue the immigrant population. These basic forms of policing units eventually translated into The New York Municipal Police, in 1845 and The Boston Policing Department, in 1854.

American Police Was Founded on Controlling “Them”

Many historians agree that regulated policing in the Northern cities of America was largely invented to control “the Irish problem”. Garry Potter, a Professor at Eastern Kentucky’s University School of Justice Studies stated that these new policing departments actually shifted their role from apprehending criminals in general, to a strategy of preventing crime by controlling and suppressing the “dangerous class” of Irish immigrants.

Although Northern and Southern America had different routes to the formation of policing, they both were still based around the “other” people – whether it was Black people or immigrant people, there was a “them v’s us” mentality at their foundations.

Therefore, when you look at the realities of where American policing has come from; it’s not that hard to see why we are where we are today.

Many Americans feel that it’s almost impossible to undo the generational trauma, racism, and bias that has survived within the institution of America’s police forces. Even today, it’s clear that there is still an atmosphere of “them vs us” between the police and the Black community.

All these years later, the situation still resembles the days of the slave patrols. That same power dynamic still exists, with the men in the slave patrols (now men and women in the police force) still holding all the power, armed with weapons, out to seek and punish “disorder”; and the Black community still afraid, still being injured and still being killed.

What Needs to Change: EVERYTHING.

Sometimes in order to move forward, we have to look back, if only to learn how and what needs to change. And frankly, the entire institution of policing in America needs to change –  EVERYTHING, its training, its ethos, its values, its attitudes, its staff, even down to its branding, the uniforms, the marked cars – everything.

It needs to be completely stripped back and built from scratch on a clean slate, and on new foundations of equality, so that it is attractive to new recruits and designed to deliver fair policing to all sections of the community. It’s time that America got a police force that is equipped to Protect and Serve ALL of America, not just some of America.

How Patriarchy Theory Is Racist and Why...