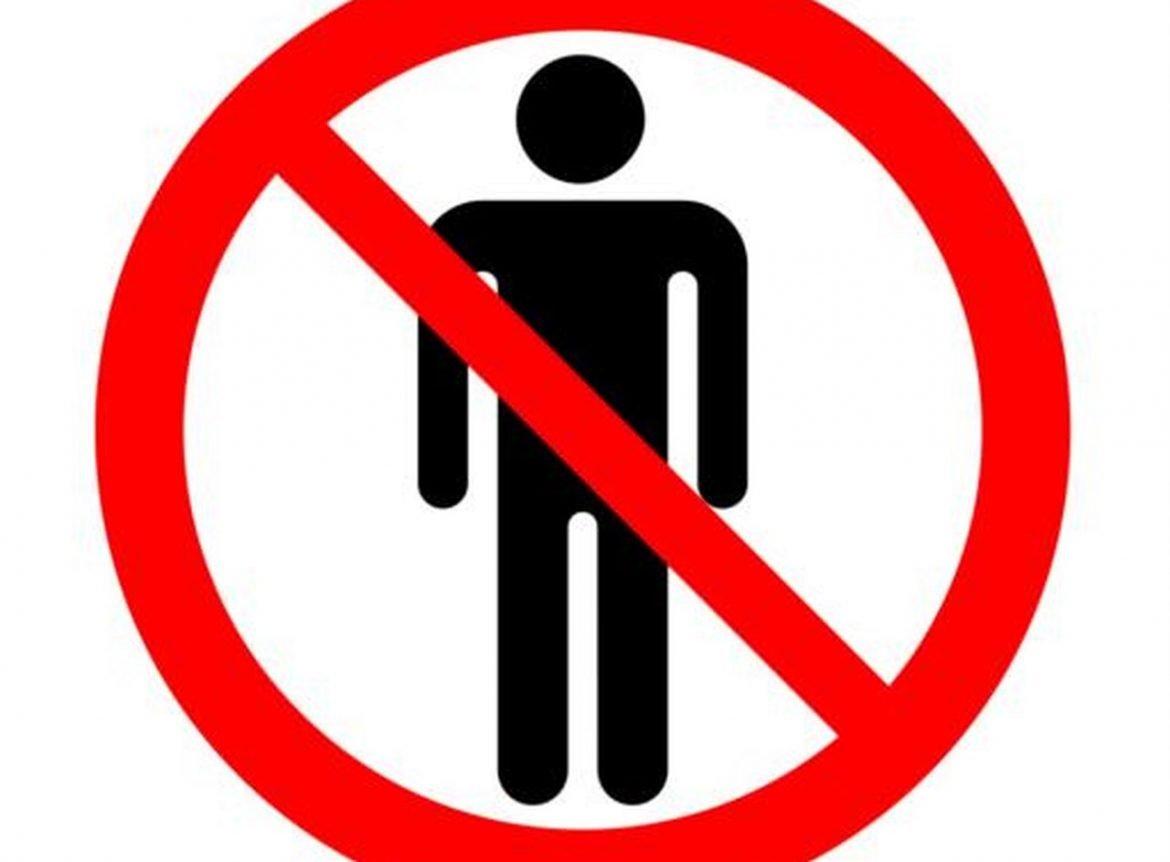 I recently had an eye-opening moment. Someone online challenged me to state just one law that discriminates against women. I couldn’t think of anything, not one.

There’s no doubt, women may face a degree of discrimination in modern society, but it certainly isn’t in the legal code.

Meanwhile, I could think of several laws that specifically target and discriminate against men. In fact, the issue hit a little close to home because here in Spain, a freelance writer can receive a tax discount if they’re a woman, but not if they’re a man.

I decided to dive in a little deeper and find all the laws I could that discriminate against men.* There are plenty.

Perhaps the most infamous and long-running discriminatory laws in America, is the United States selective service which legally requires only men 18-25 to register in case of future military conscription.

Those who fail to do so can be denied government benefits like student financial aid, job training, access to government jobs, and even citizenship and residency for immigrants. Indeed, the selective service website specifically states:

The law currently requires that only men register with the Selective Service.1

Other countries take it a step farther and have full-on conscription. Those liable under the law must serve a term of military service, usually ranging from six months to two years. Failure to do so can result in the denial of government benefits like education and healthcare, and even jail time. Sexist Western countries that still institute male-only conscription include:

I found that the matter of paternity is rife with anti-male legal discrimination. Examples include laws in a number of US states as well as the UK.

In many US jurisdictions, child custody defaults to the mother when the parents are not married, even if the father declares paternity. Although parental rights are automatically granted to the mother, a father must go to court just to get visitation rights.

In the UK, numerous laws regarding paternity discriminate against men. Most notably, the Children Act of 1989 grants parental rights automatically to the mother, while the father must petition for them. Specifically, he must receive the mother’s consent, making it easy for mothers to deny parental rights to fathers.

Moreover, the Human Tissue Act of 2004 further prevents any legal clarity when it comes to paternity. These days, it’s just about as easy to determine paternity as it is maternity. It’s only the issue of a DNA test.4

However, this UK law prevents fathers from providing a sample from their child for DNA testing without the mother’s consent. That’s right, the act isn’t concerned about the child’s consent. Apparently, anything concerning the child’s body and its genetic paternity is, by law, only the domain of the mother.

These sexist laws are based on outdated, traditional beliefs surrounding parenting and men and women. They still adopt the old, outdated stereotypes that mothers always make the better parent. These laws are grossly unfair to not only men but also children, who would be much better off in cases where the father is clearly the more stable and nurturing parent.

Rape laws in many Western countries completely ignore male victims. Take a look at the US government’s definition of rape:

The penetration, no matter how slight, of the vagina or anus with any body part or object, or oral penetration by a sex organ of another person, without the consent of the victim.5

This updated definition at least allows for male rape victims by female perpetrators. However, if you’ll notice, the legal definition of rape requires penetration. That means that a woman who forces a man to have vaginal intercourse with her has not committed rape by this legal definition, which is blatantly discriminatory.

In the UK, the discrimination is taken a step further. Per the Sexual Offences Act of 2003, not only is penetration required, but penetration “with his penis,” meaning in UK law only men can commit rape. In fact, the law specifically targets men by only referring to perpetrators as he throughout the text:

Under UK law, women cannot legally be charged with rape, and thousands of victims of female-on-male and even female-on-female rape go without justice.

Female genital mutilation, usually defined as any non-therapeutic alteration made to the genitalia of a girl or woman, is illegal in the majority of Western countries including the US, the UK and Australia.7 Parents performing as much as ceremonial nicks on their children (not the rare procedure of the removal of the clitoris but the much more common removal of outer skin – identical to male circumcision) have been arrested and prosecuted under these laws.

Boys do not receive the same protection under the law. In fact, there is not one country on Earth, much less in the Western world, where male genital mutilation, also called circumcision, is banned. As a result, millions of boys have their genitals mutilated each year without their consent, often leading to permanent physical and long-term emotional damage.

Now We Challenge You

These were just a few of the discriminatory anti-male laws I could find with a quick morning’s worth of research. I have no doubt there are many others.

We at WokeFather would like to challenge our readers to comment on our Twitter account with any other laws they know of in their countries that specifically discriminate against men or women. After all, while we can’t find any legislation that discriminates against women in modern Western nations, that doesn’t mean it doesn’t exist. It just means we haven’t found any evidence of it.

As for the above laws, make sure your government officials know you won’t stand by while they pass and enforce blatantly sexist legislation. Consider contacting your representatives or supporting the National Coalition for Men in their various campaigns to fight these laws in court. If you have been personally affected by discrimination, you may even be able to join one of the lawsuits.

*Our research was limited to Western nations including the US, the UK, Australia, New Zealand and those in Europe. However, anti-male discrimination is certainly not limited to these places. If you’re from another region, please let us know about the legal discrimination men face in your country.