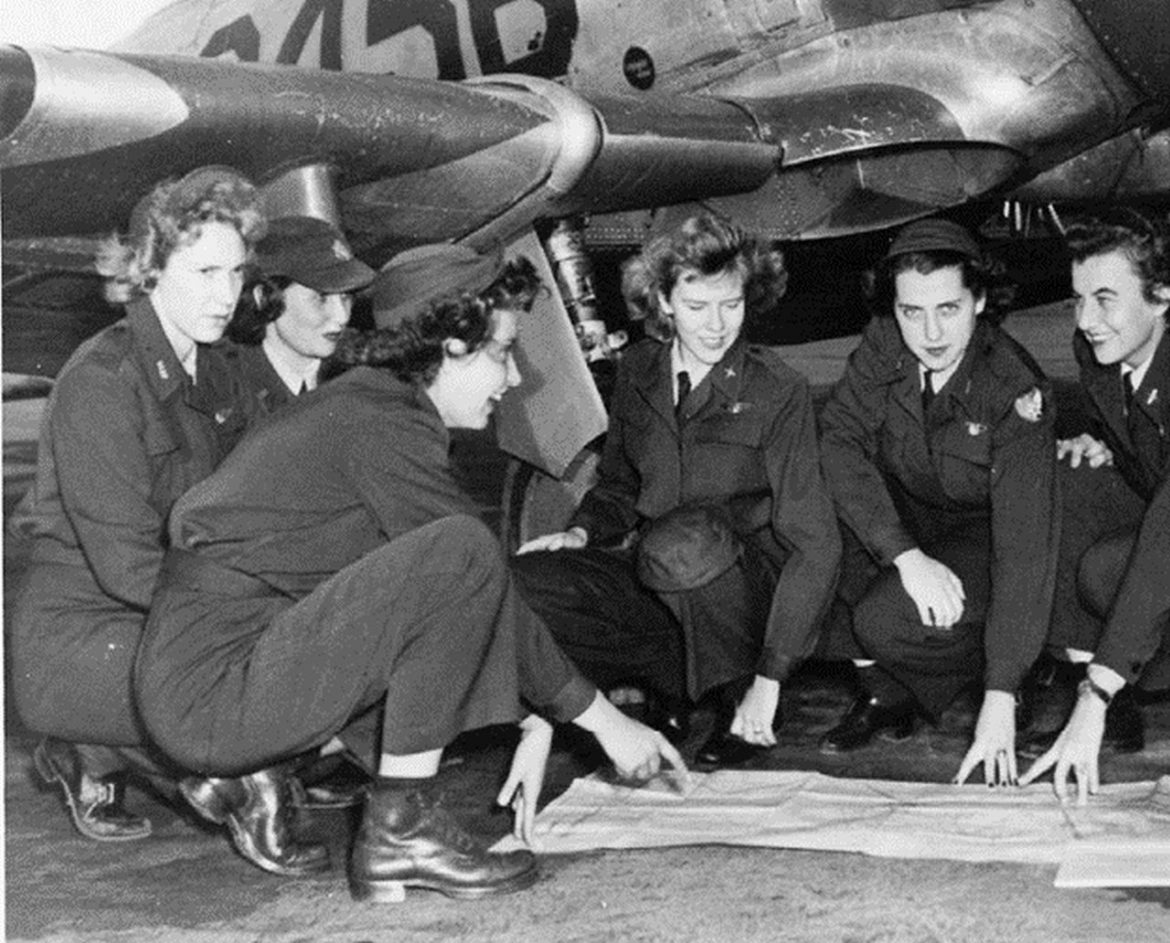 We commonly see the stories of the women during World War II who provided behind-the-scenes support and played a significant role in the Allied victory over Nazi Germany and Imperial Japan. Often, society laments that these women don’t receive the same glamor and screen time that their male counterparts do.

But that only means we seem to have forgotten why those men are so celebrated in the first place. They took on the dirtiest, most dangerous and most traumatic jobs, often losing their lives in the process, to provide us with the luxurious lifestyles we enjoy today.

Indeed, many times these men were denied other opportunities and were all but forced into making the ultimate sacrifice, while women were purposefully protected behind the front lines.

The History of the WASPs

The WASPs are one of the most famous examples of women participating in WWII military operations. As an abbreviation for Women Airforce Service Pilots, these brave women learned to fly military aircraft for support purposes. For example, they ferried combat aircraft from factories to military bases. They also towed targets for training purposes and transported cargo.

The US military organized the WASPs in September of 1942 when the US had been in the war for a little under a year. The WASPs were a project of Eleanor Roosevelt who had received a letter from Pilot Jackie Cochran proposing to use women in non-combat flying roles. Roosevelt then introduced Cochran to air force command, who ultimately accepted the proposal.

The WASPs had strict requirements for entry and an even stricter training schedule. While 25,000 women applied, only 1,830 were accepted. Of those, only 1,074 completed their training. Usually, women had to already possess a pilot’s license (yes, despite popular belief, women were certainly allowed to get a pilot’s licenses in the 1940s) and have 35 hours of flight time under their belt.

WASPs were technically civilians, but they were granted veteran status in 1977. President Obama granted them the Congressional Gold Medal in 2009.

Freeing Men Up for Combat Roles

The bravery of the WASPs is frequently and rightly celebrated. These women provided support at a time when the Allies needed every single person behind the war effort. There is, however, one aspect of this piece of military history that’s rarely talked about. That is, the purpose of the WASPs.

The US military adopted the WASP program to free male pilots for ground combat roles. For every woman who took up a support pilot role, that was one more man who could fly combat missions over enemy territory or one more recruit who could be trained as an infantryman instead of a pilot.

To understand what that implies, let’s take a look at some startling numbers.

US infantrymen faced a more than 15% chance of being killed in action. Being a combat pilot was even more dangerous. For example, it’s famously quoted that RAF pilots during the Battle of Britain has a life expectancy of only four weeks, while RAF Bomber Command pilots had a 45% casualty rate.

Women were given the safer jobs in the war effort because women’s lives and health are (unfairly) valued more highly than men by society. This is called gynocentrism. Now, this isn’t all great for women, either. These kinds of social discriminatory practices are wrong precisely because they treat people as demographics rather than individuals. They treat women like children rather than like equal adults fully capable of facing the same risks as men.

Many WASPs would have preferred to take on even more dangerous roles to serve their country, but rear-echelon support roles were all they were allowed to do. However, let’s not forget that plenty of the men bleeding out in Germany or the Pacific islands would have much rather preferred to do a support job, ferrying planes from factories to military bases with all the comforts of home. Those men weren’t offered any such option at all – they were forced to die whether they liked it or not. The only lack of choice women had was being unable to choose risking death if they wanted to.

In fact, we should be especially conscious of this when countries like the United States continue to discriminate against men with male-only draft policies while opening up volunteer combat roles to women. True equality means equal opportunity—and equal responsibility—for all.