Feminists Hated The Red Pill Because It Shows Us the Truth 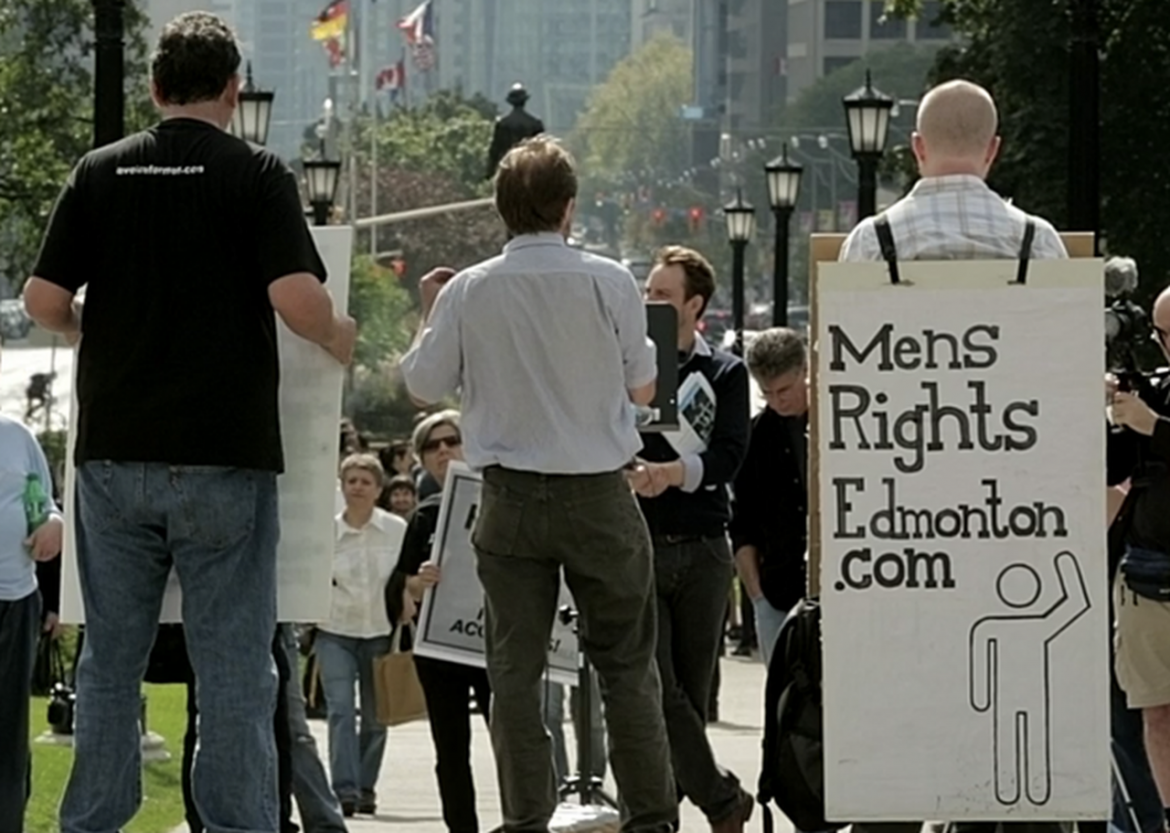 “The Red Pill” is what happens when you look objectively at facts related to the Men’s Rights Movements (MRM); you realize that the movement forwards legitimate complaints.

When you examine claims about the MRM and the evidence, the feminist position that men’s rights activists (MRA) are merely women-haters is largely unsupported.

There is no patriarchy and there is no wage gap (as both are defined by modern feminism). There is, however, a social disease called feminism that has created institutionalized sexism against an entire gender.

How Feminists Anticipate Rather Than Listen

The creator of the Red Pill, Cassie Jaye, in her TEDx talk, confirmed that the available information relating to the MRM is biased.

“ … all I knew of the Men’s Rights Movement was from what I read online; that it’s a misogynistic hate group, actively working against women’s equality.”

She also mentioned how, even when interviewing MRAs, she would “anticipate” flaws in their arguments, rather than truly listen to what they were saying.

What she describes is a common occurrence among feminists who are deeply indoctrinated into modern feminist doctrine.

Those who take the time to give an audience to an MRA usually only do so in an attempt to spot misogynistic inclinations. For most MRAs, no such inclination exists; they simply want equality for everyone.

The Red Pill revealed this in no uncertain terms, and laid out the evidence that proves that American men, rather than being entitled and privileged, are routinely subjugated by sexism that originated partly from second-wave feminist ideologies, and partly from traditional expectations that everyone – men and women alike – expect and demand of them.

Once Cassie Jaye began to truly listen to what MRAs were saying, she found that the evidence they referenced is accurate.

Jaye found studies like Sonja Starr’s which proved that “men receive 63% longer sentences on average than women do” for the same crimes, and that women are “twice as likely to avoid incarceration if convicted (Starr).

Cassey Jaye became aware of these facts because she finally started to listen to the many men who have been suffering at the hands of institutionalized sexism.

She struggled to come to terms with the sexist notions that she’d been indoctrinated with by feminism. She realized that many MRAs, rather than sexist members of a hate group, are themselves victims of sexism.

Eventually, Cassie looked at the camera and said,

“And actually the more I learn about it the more I think, ‘thank God I wasn’t born a guy.’ Because I don’t think that the expectations on men are good or healthy. They have so much pressure to succeed and be strong and to protect others and put their lives on the line. I don’t think I would want that responsibility.”

The reaction of feminists who were confronted by these facts was very different from Jaye’s.

“Big Red”, a particularly obnoxious Youtuber, when asked what she would say to men who say that feminism doesn’t fight for the rights of men, responded by saying, “Cry me a river”.

Her lack of empathy is telling. She feels justified in disregarding opposing viewpoints and the suffering of other human beings based on what she’s been taught by modern feminism.

Big Red confirmed this misplaced belief when she went on to claim that women, in regards to equality, are “still not there yet”.

Most (if not all) feminists have been indoctrinated into believing that the disparities between men and women are caused by a so-called “patriarchy” – a social order in which society is set up to oppress women.

However, this claim doesn’t hold up under closer examination. Especially when you honestly explore why traditional gender roles were in place decades ago, and how often women were the ones actually advantaged and privileged by many of those expectations (particularly traditional expectations and harmful stereotypes about boys and men).

Removing harmful gender expectations is a good thing, but focusing only on those that harm women and privilege men, while ignoring those that privilege women and harm men, is the fatal flaw of feminist ideology.

Feminist ideology places men as perpetrators and women as victims in every circumstance. Unfortunately, in real life that produces erroneous conclusions, and even worse, actual gender discrimination supported by institutions.

Feminists need to equate a man’s call for equality with misogyny because they equate everything with misogyny if it doesn’t support the “men are oppressors/women are victims” ideology. The assumption is that if you aren’t for feminism, you’re against women.

When the reality is that egalitarians (those who believe in true gender equality), want to eliminate all unfair discrimination against both men or women. This is the main difference. Feminism only cares about women’s rights. Egalitarians care about everyone’s rights.

When faced with contradictory evidence, most feminists do everything they can to spin evidence upside down in order to maintain their belief in patriarchy theory.

Just listen to how Michael Messner, Professor of Sociology and “Gender” Studies twists the facts to fit his preconceived assumptions:

There’s no doubt that there have been some men who get just screwed by court decisions and custody cases, but, I think when you look at the broader patterns, it’s still the case that in infact heterosexual families with kids, women are still doing the vast majority of the housework and child care and there’s a lot of father absence, lack of participation by fathers, some of whom I think that, after divorce happens, end up suddenly wanting equality as fathers when they haven’t really been participating as fathers before.

Messner’s reasoning is circular. He doesn’t bother questioning how women are able to enjoy the time and finances required to do “the vast majority of the housework and childcare”.

The evidence supports this. On average men work longer hours, work twice as much overtime as women, work more weekend shifts, and choose jobs that are more dangerous. They do this because of the overwhelming expectation on men to financially support their families, even if it means risking poor health or even their lives.

It also means they’re forced to sacrifice precious time with their children.

Women, on the other hand, prioritize flexible schedules and time off. Mostly because there isn’t the same expectation on women to provide for their families financially.

Michael Messner remains blind to this, because it doesn’t support his ideology.

Like most feminists, Messner isn’t listening to the facts; he ignores them. Because he’s fully indoctrinated into a radical ideology which has taught him to think circularly.

There is no better demonstration of a feminist’s unwillingness to listen than a protest against a film that has not yet been released and none of them have even seen yet – which is exactly what happened when the Red Pill was released.

Radical feminists protested the release of The Red Pill on the grounds that it supports “hate groups”, which isn’t true.

They also went so far as to call Paul Elam a “pro-rape racist”. They cherry-picked data and presented it out of context to make the film seem anti-woman or pro-violence.

For example, an online petition against the film read, “in a country where one in three women are victims of gender-based violence, it is repulsive to legitimise and promote this behaviour”.

That petition failed to mention that men and women experience nearly equal amounts of spousal violence and that domestic violence is not gender-specific.

Why Feminists Really Hate the Film

It would be a mistake to say that everything every MRA says is tactful or even true – the modern gender war has elicited less-than-moderate responses from both sides.

Those responses, however, have nothing to do with the reasons why feminists hate The Red Pill.

Feminists are indoctrinated by an ideology that routinely denies men a voice, blames men for everything, and victimizes all women – and that’s why they hate The Red Pill.

The Red Pill presents objective evidence that invalidates the circular feminist logic and debunks many of their core beliefs. It exposes feminist lies about men.  It revealed the many ways that men suffer from institutionalized sexism.

The Red Pill showed the world everything that feminists don’t want us to see. Feminists hated The Red Pill because it showed us the truth.