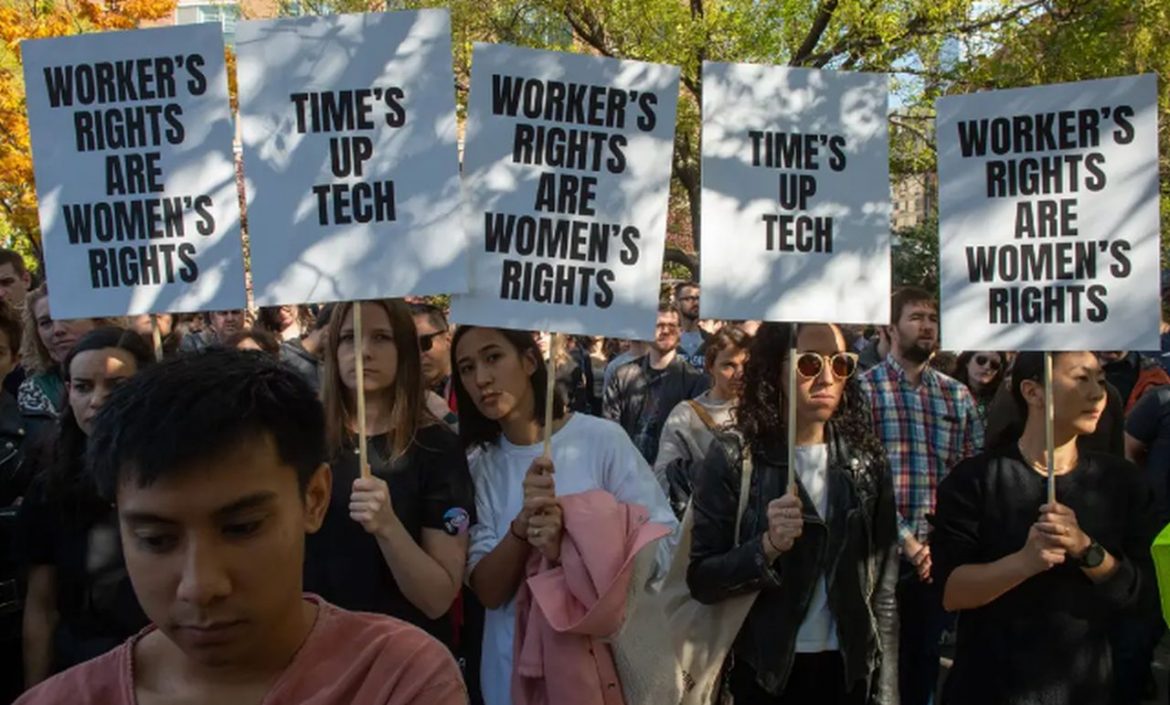 According to media headlines, women’s organizations, and countless politicians, there is a persistent and sexist gender pay gap plaguing women. Courtenay Stevens of Business.org claims, for example, that “women in the US workforce are making roughly $0.80 for every dollar earned by their male colleague”, and that this proves a wage gap fueled by sexist discrimination.

This is a common and erroneous claim repeated on countless news shows, websites, and even in political debates. The gender pay gap myth has been debunked repeatedly. There is no gender pay gap.

Stevens and her colleagues “used data from the 2018 American Community Survey (ACS)—the most recent year for which data is available” and “compared the median earnings of men and women across all 50 states plus the District of Columbia” in order to come to their conclusion.

Similarly, The Institute for Women’s Policy Research, which falsely claims that “If the pace of change in the annual earnings ratio continues at the same rate as it has since 1960, it will take another 39 years, until 2059, for men and women to reach parity”, also compared “The ratio of women’s and men’s median annual earnings for ‘full-time, year-round workers in 2019’”.

The AAUW also claims that “Women still get just 82 cents for every dollar paid to a man, and men continue to dominate the top roles and highest-paying professions”. It bases its data on the 2018 U.S. Census Bureau report.

John Phelan, a writer for the Foundation for Economic Education, rightly points out that  “… the commonly reported figure—that a woman earns 80 cents for every dollar earned by a man—is derived by taking the total annual earnings of men in the American economy in a given year and dividing that by the number of male workers. This gives you the average annual earnings of an American man. Then you do the same thing but for women” (Phelan).

This simple methodology is supposed to support the claim that women make less than men due to “discrimination”, but as Phelan points out, it “… takes no account whatsoever of a whole host of factors that might explain this discrepancy” (Phelan).

Organizations and media outlets like those mentioned above grossly misrepresent the data. Theirs is a simplistic and narrow view that ignores the complexity of the issue and results in a conclusion that is unsupported by the evidence.

It’s Time to Use Honest Comparisons

There are various reasons why the data appears the way it does, and none of those reasons are sexism. Things that need to be considered: profession, qualifications, employer, seniority, hours worked, life priorities, and personal choice. When these things are factored in, the gender gap completely disappears.

Men are more likely to choose jobs that are dangerous. Men tend to work in higher paying fields, and women choose to work in fields that pay less. Men work longer hours and are more motivated by financial reward, whereas women prioritize shorter hours and family time (leading to lower suicide rates and a longer life expectancy for women).

These facts, among others, prove that women choose to earn less than men by choosing different jobs and roles. Failing to take these things into consideration result in a dishonest and inaccurate comparison and a false conclusion.

Moreover, stating, “women are more likely to work in low-wage jobs” without explaining that they do so by choice is grossly disingenuous.

Comparing a male CEO with a female school teacher, or a part-time female worker with a full-time male worker results in irrelevant information. In order to understand the wage gap, we need to compare “apples to apples”. Studies should be comparing male and female wages in exactly the same job roles — and the studies constantly cited by people who claim a “gender wage gap” is real don’t do that.

Studies like the one from Valentine Bolotnyy and Natalia Emanuel, which compared female and male workers doing the same job, prove that the wage gap has nothing to do with sexism. Rather, it can be explained “… by the fact that men take 48% fewer unpaid hours off and work 83% more overtime hours than women” (Bolotnyy, Emanuel).

The reasons for this statistic, the study points out, “… is not that men and women face different choice sets”. Rather, “… it is that women have greater demand for workplace flexibility and lower demand for overtime work hours than men”. In other words, women have different work priorities and lesser workplace “demands” than men.

Some work-related choices are probably influenced by social norms. For example, a 2017 study entitled, “Conspicuous work: Peer working time, labour supply, and happiness” concluded that men may view working time as a source of status. This is likely due to sexist social norms that reinforce the “breadwinner” stereotype and make men feel like their only value is in their financial status.

Meanwhile women, influenced by the “caregiver” stereotype, tend to place more value on flexible schedules and time with the family.

Ironically, when women at Google started demanding that Google resolve the “gendar pay gap” at the company, Google embarked on a full-scale investigation of job roles and whether women were getting paid less for the same work.

What Google discovered is likely what most companies would discover when performing the same analysis — there was no gender wage gap. In fact, they discovered they were actually underpaying many men in the same roles as women, and had to remedy that by increasing those men’s wages.

Of course, this didn’t make nearly as many national news headlines or TV time as the earlier protests and lawsuit did. I wonder why? And talk about pie in the face for the women at Google who fell for the gender wage gap myth.

As Boltnyy and Emanuel put it, “The evidence we have seen so far on the earnings gap in our setting suggests that insufficient flexibility and high female values of time outside the workplace are its root causes” (Bolotnyy, Emanuel).

Studies like these consider all the factors that might explain the pay average difference, rather than rely on a simplistic comparison of wages. This results in a fair “apples to apples” comparison between men and women, which effectively dispels the gender pay gap myth.

Women do not earn less than men because of sexism. There is no misogynistic prejudice preventing women from earning more. As Bolotnyy and Emanuel put it, the gap can be explained: “… entirely by the fact that, while having the same choice sets in the workplace, women and men make different choices”. Women choose to earn less than men.

One of the most thorough debunking of the gender pay gap myth was done by Christina Hoff Sommers, who detailed her gender pay gap research in a Times article titled “6 Feminist Myths That Will Not Die”.

So, the next time you hear someone repeat this myth, make sure to send them here so we can set them straight. You can start by sending this link to your state Representatives and Senators so they can stop spreading this myth in political debates.

What Is Gender Studies? Indoctrinating Students With Bad Research