It’s Official, Gender Inequality is Even in Art Galleries 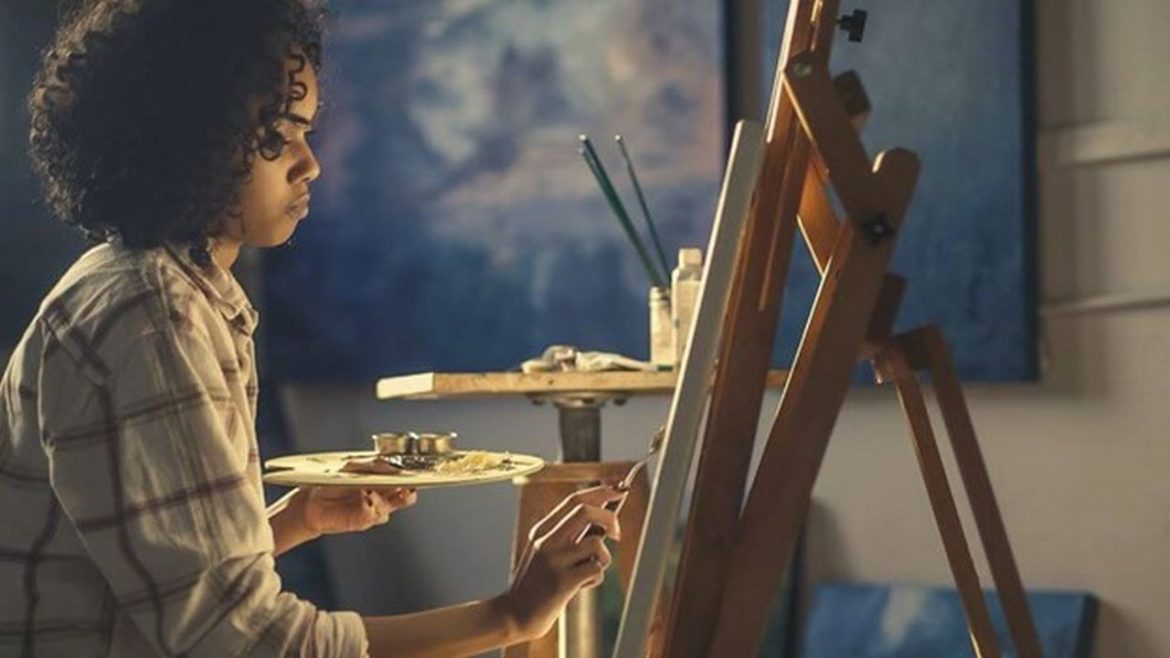 Clad in a sparkly pink gown and petite ballet slippers, an adorable golden haired Barbie sits primly in front of a painting in London’s National Gallery.

But though she’s as quiet as a church mouse, the sign in her tiny rubber hands is making a bold statement.

One that could potentially bring the male-dominated global art world to its knees.

As shocking as it is, it gets even more dramatic.

Because not far away, there’s another nearly identical Barbie.

And you guessed it, she’s holding a sign too.

Why does the description of her painting not describe anything about her painting, but only frame the artist as someone’s daughter, sister or wife? Descriptions of male artists never begin with “son of” or “husband to”…

Since its inception in 2018, the aforementioned Barbie-centered “in-situ art interventions” have served as ever present reminders of the patriarchal and misogynistic forces that have dominated the English art scene since the beginning of time – at least as far as proponents of equality are concerned.

The relatively innocuous exhibits are the brainchild of British academic Sarah Williamson, a senior lecturer at the University of Huddersfield’s School of Education and Professional Development who describes herself as:

“An academic who researches the potential of art galleries and museums to be places which can both challenge and educate for social justice and change.”

Williamson’s main point of contention with the art world, is that it’s chock full of overt male bias that often manifests itself in:

To be clear, many curatorial statements do reference prominent male figures with whom women artists are or have been associated – namely fathers, husbands, ex-husbands, and lovers.

Some women find biographical information of this nature offensive, and it’s true that similar references aren’t typically found on curatorial statements accompanying works of art created by men – unless those men have connections to titans of the art world like Georgia O’Keeffe and Frida Kahlo, in which case they surely would.

Statistics do show that in many of the world’s most prestigious galleries and museums, works of art by men often outnumber those by women by 100 to 1, and in some cases even more.

But though they have obvious merit, she either intentionally or carelessly ignores the gorilla in the room – that the largest determinant of success in the art world isn’t patriarchy, misogyny, or gender. It’s economics.

Economics and the Art World

Williamson’s Barbie exhibits were meant to highlight the poor treatment of female artists compared to their male counterparts. But that said, one wonders if she’s ever considered the part market forces play.

Because truth be told, it’s market forces, not organized patriarchy, misogyny or reproductive organs, that dictate which works of art get bought and sold, and for how much.

Yet Williamson claims that museums and galleries –

“Are patriarchal and represent centuries of male power and privilege and a male dominated art world.”

And it’s a sentiment shared by other highly placed advocates of equality in the art world too, as evidenced by the following quote:

Is it possible that Williamson and Jones don’t know that for the vast majority of men, success in the art world isn’t a walk in the park, and that more often than not it ends in poverty, obscurity and dejection?

The Numbers Don’t Lie – or Do They?

Taken at face value, this data could be construed as evidence that women get paid less than men for doing the same work.

And of course, visual artists can be self-employed, or work for companies that pay them salaries, hourly wages, or for each piece or project.

At the very least we can probably all agree that when it comes to art, there’s really no such thing as doing the same work, because each piece is inherently unique from every other.

Likewise, these claims (and others like them) generally fail to take into account how independent women artists price their work.

Isn’t it possible, that after constant bombardment from negative articles and depressing statistics thrown around by well wishing but oblivious proponents of equality, that some women artists start believing that the forces of the universe are aligned against them?

And if that’s the case even some of the time, it’s therefore reasonable to assume that some of them might conclude that they don’t stand a snowball’s chance in hell of selling their work for anywhere near what a man would charge for something similar, and as a result they price their work well below market value. It’s a self-fulfilling prophecy where people like Williamson and Jones are actually at least partially to blame.

Of course there’s no way to substantiate this assertion.

But the same could be said of the original claims by these feminists.

Where are All the Great Women Artists?

Written in 1971, Linda Nachlin’s essay, Why There Have Been No Great Women Artists was the first major work that addressed the plight of women in the art world.

Yet four decades after it was published women are still underrepresented in the art world. This is despite constant modern efforts by art galleries to highlight female artists, and even providing art shows that exclusively feature female artists.

Williamson ends with this quote –

“The lack of female artists in most historical collections simply can’t be reversed as the works by women don’t exist. But this is an important point as it demonstrates the story of women and how they have been denied and excluded from the opportunities and power of men for centuries.”

Perhaps there’s some truth to this contention.

But it’s also true that for the most part, collectors, museums, and galleries buy particular works of art for the following reasons:

That said, according to Top Resume:

Claims of Patriarchy Are Ridiculous

It’s true that certain institutions and professions have been historically dominated by one particular gender, race or socioeconomic group. This is especially true for white men or for white women, depending on the field.

But it’s a huge mistake to assume that because this is the case in the art world, it’s the result of patriarchy, misogyny and gender bias.

If the same claims were made against the female dominated professions mentioned above, the person or movement that made them would be ridiculed mercilessly – and rightly so. And feminists like those mentioned above who promote patriarchy conspiracy theory deserve the same ridicule as well.

These gender-dominated fields are the result of long-running traditional gender roles and stereotypes, not some shadowy systemic cabal bent on oppressing only women.

Media Empathy for Women During COVID-19 Proves Gynocentrism Is Real