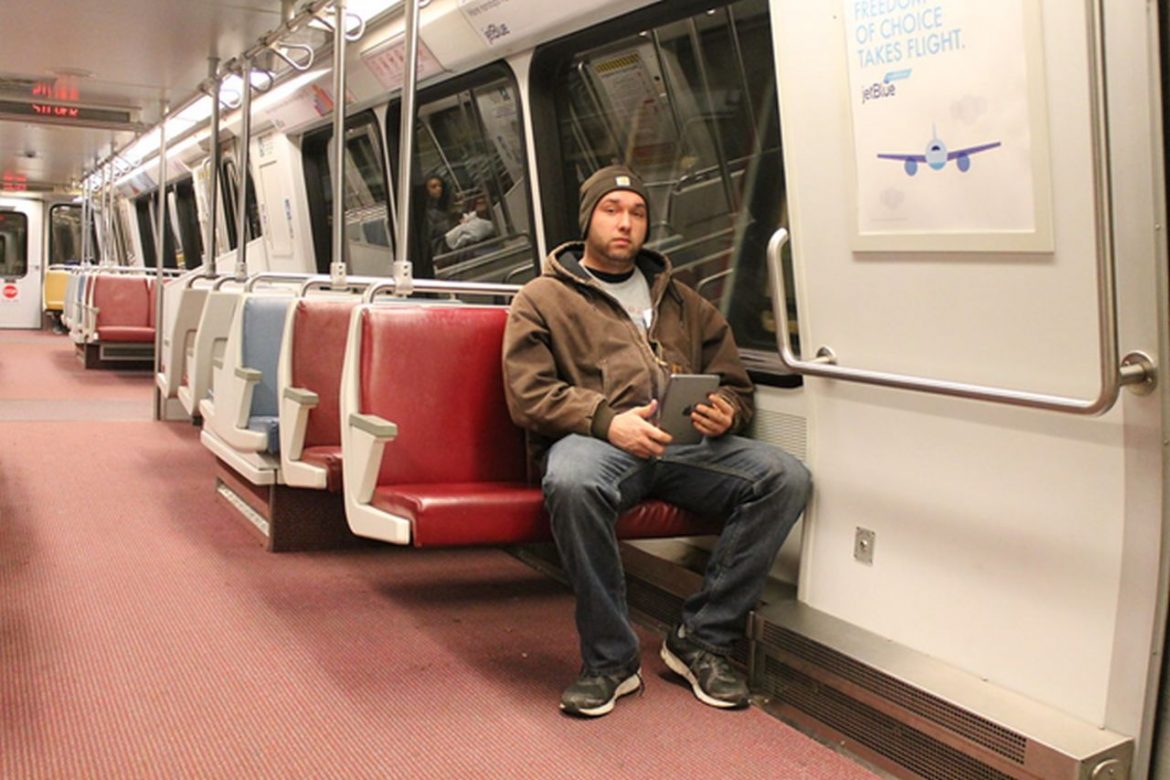 You’ve probably seen the word “manspreading” getting thrown around on the internet recently. This term was coined by a subgroup of radical feminists in 2014 and refers to the habit many men have of sitting on public transportation with their legs spread widely apart. Their complaint is that this takes up excessive space and is a metaphor for how men “dominate” social space and marginalize women.

Ultimately, this devolved into a blatant shame campaign that involved taking photos of individual men without their permission, usually of their crotch area, and posting it on social media in an attempt to identify and dox them. Clearly an invasion of privacy and little more than cyber bullying, this was condemned by even most mainstream feminists, but this didn’t stop the radical Twitter crowd from using it as a way to get virtue points online.

In the end, this bullying campaign had the opposite effect that the radical mob was hoping for. Instead of shaming men for taking up extra space, they proved that this really isn’t a man’s world after all. They showed that men will get shamed and bullied just for sitting naturally and comfortably. More importantly, that public spaces aren’t designed to accommodate the male body, forcing them to inconvenience themselves, often painfully, to accommodate women.

Manspreading Is About Male Physiology, Not Dominating Space

As many medical and physiological professionals have pointed out, men and women naturally have differently shaped bodies. Most significantly, women have much wider pelvises relative to their size than men, and this angles their thighbones toward the center of their body.

Men’s legs, on the other hand, naturally rest pointing outwards, and holding them together in the center of their bodies requires activating the hip adductor muscles. Not only is this work for the muscles that isn’t sustainable over long periods, but it actually causes tension that can lead to lower back pain. Even in the short term, it causes pinching in the femur joint that can be very uncomfortable.

In light of these physiological differences, the fact that men can’t sit comfortably in a seat on public transportation doesn’t mean men are taking up too much space. It means the spaces don’t accommodating the male body.

Imagine if as a society, we complained that pregnant women take up more space and bump into people and things with their bellies. Instead, we rightly realize that this just means our public spaces don’t account for them. The same is true for men, and there are a lot more men spending time in those spaces than pregnant women.

As a 6’3″-tall man, I can assure you that it’s not just buses and subways that don’t accommodate the average male body. Chairs, toilets, even sidewalks, are often too small for me. I have to have a large truck, not because I want to show off or to “overcompensate”, but because I literally don’t fit in a smaller car.

Yet while the campaigns to use government money to fund female bodily needs are endless, I’ve never heard anyone suggest a subsidy for men to buy bigger cars. Instead, men who drive larger vehicles usually get labeled as toxically masculine.

What does this say about our cultural attitude towards men?

The truth is, when radical pseudo-feminists started attacking men for sitting with their legs apart, they weren’t novely identifying some new form of oppression against women. Rather, they were proving just how ingrained gynocentrism is in Western culture. Just consider the situation: men receive social shame for sitting comfortably because it potentially inconveniences women.

In reality, this is keeping in line with traditional gender roles. Men are supposed to sacrifice their bodies for women. It’s no different than men having to give up their seat for women on public transportation like they were always expected to do. It doesn’t matter that it’s less comfortable for them. They should “man up” and endure so that the women can be more comfortable.

Ask yourself why we see men unable to sit in provided public accommodations as designed, and the response is to shame and berate them instead of sympathizing that these spaces aren’t built with the male body in mind, leaving men perpetually uncomfortable.

If you’re really that concerned about manspreading, reevaluate the cultural conditioning that makes you expect men to sacrifice their bodies just because they’re men. Instead, start demanding that society take their needs into consideration too. In the end, we’ll all be more comfortable.

Gender Equality and Where Feminism Gets It Wrong

Misogynistic Vs Sexist – One Only Describes...