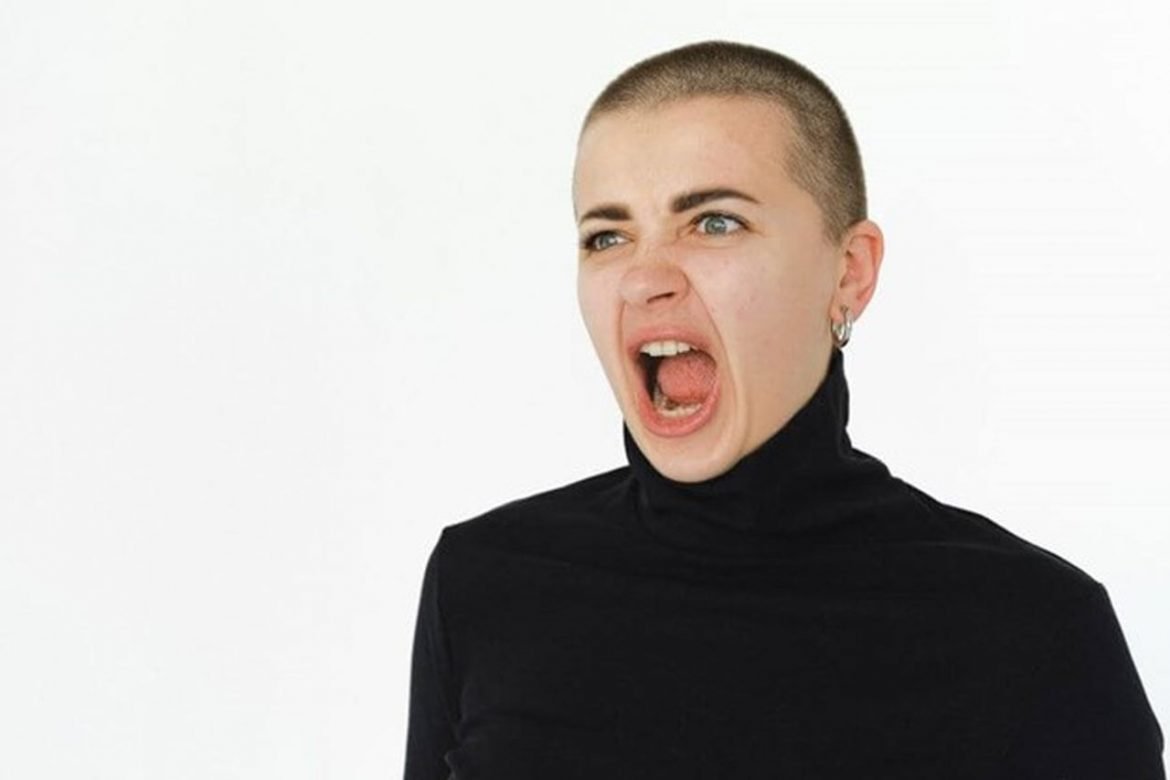 On the way home from the office after a long day, a handsome young professional stops at the grocery store to pick up a bottle of wine and a rotisserie chicken.

Though he’s only got two items, he dreads the express line because the 50-something woman he’s trying to avoid is at the register.

Unfortunately, the other checkout lines are full, and the shopper’s carts are overflowing.

He takes a deep breath, smiles and walks toward her.

She licks her lips and gives him a seductive once-over.

“When are we gonna have that drink?” she asks.

“I’m engaged, like I told you last time. And the time before that.”

He raises his ring finger nonchalantly and reaches for the twenty in his wallet.

Back in his car 5 minutes later he exhales, grabs his iPhone and sends the following Tweet –

Obnoxious Darlene at Safeway hit on me for the third time! #killallwomen

#KillAllMen: What’s Good for the Goose?

The top ranking entry on urbandictionary.com defines kill all men as follows:

Though the grocery store scenario may seem manufactured, women catcalling and harassing men happens more frequently than feminists either know about or care to admit. Many men, when asked, can share countless examples of when they were sexually harassed or received unwanted advances by women.

And according to the tenets of “equality”, men are well within their rights to respond the same way women do – even if those actions are similarly childish, offensive and counterproductive.

But here’s the thing…

Whether you’re a man or a woman, making statements like these is unimaginative and far from funny, and few would argue that doing so does anything to advance the causes that proponents of fairness and equality of genders claim to champion.

#KillAllMen Is Supposedly About Resentment

In a recent article on The Bottom Line called “Kill All Men”: On Humor and Trauma, author Sofia Lyon claims that resentment and anger toward men are largely the result of misogyny and “irritating nuances of gender dynamics” that cause women untold fear, anger and contempt.

These allegedly man-caused emotions, prompt many disgruntled women to take to social media to vent and rant.

“While it can certainly appear crude, the phrase is ultimately a humorous method of coping with trauma or the prevalent possibility of it in women’s lives — and inappropriate responses from men only further embolden the issue.”

Translation: Women who make #killallmen posts aren’t responsible for their own actions. When women use gender-based hate language, it’s apparently not their fault.

And why it be, in a “patriarchal” society in which ALL problems are caused by men?

But Lyon fails to state the obvious – that though men’s responses may be inappropriate, they’re certainly no more appropriate than the initial statements made by women. And the same justification could be used for misogynistic men who “jokingly” post hateful things about women on social media as well.

Many of these men have been cheated on by their partners, massacred by a sexist family court system, or in some cases are survivors of domestic abuse from their ex-wives or ex-girlfriends. Does this justify their hate-speech?

Using “It’s Just a Joke” as an Excuse

To be clear, #killallmen (and #killallwomen) comments are about as “humorous” as Trevor Noah on a bad day.

Though the humor isn’t clear, the irony is.

Or perhaps more aptly put, “hypocrisy” instead of “irony.”

But does the “unnoticeable nuance of misogyny” she references really exist? And if it’s so prevalent, how could it possibly be unnoticeable?

Likewise, can feminists claim that it pervades the lives of ALL women?

No they can’t, because it doesn’t.

Surely there are droves of women out there who haven’t experienced it. There are plenty of egalitarian women on social media who will tell you as much. Nonetheless, it’s a tactic often used by hardcore feminists who claim to be the voice of all women.

And yes, I just compared feminists to misogynists, because sadly, in many respects they’re identical.

Should We Take Sofia Lyon Seriously?

Everyone’s opinions should be taken seriously, but in Lyon’s case, we’d be wise to take them with a very large grain of salt.

According to her online bio:

Based on her bio picture (she’s young) and the fact that she’s a student at The University of California Santa Barbara, we might be forgiven for making the following assumptions:

If these assumptions (stereotypes) are inaccurate, Sofia is just another victim of a hate-based ideology too many college students get indoctrinated with through a hate-based gender-studies curriculum.

It’s a statistical certainty that all women who’ve posted using the #killallmen hashtag are daughters and granddaughters, and many are mothers, sisters, and nieces.

Sure some fathers, brothers and uncles could be abusive dirt bags, and some may have committed horrible acts against these girls and women. But that said, should those few bad apples taint the whole bunch?

For those women who find #killallmen a productive outlet for airing their views on men, there couldn’t be a worse way of dishonoring so many more males in society who’ve been providers, nurturers and all-around positive role models in their lives.

These and countless other words accurately describe the trending #killallmen movement.

Though they can’t see the irony themselves, in the name of addressing society’s ills many so-called feminists have resorted to shameful and gender based hate-attacks against men in order to drive their points home.

Of course, the most common defense is that the #killallmen movement isn’t really about killing men. But one need only look at those specific posts and Tweets to see that their rhetoric is nothing less than abhorrent and hateful. And to truly assess how to judge those comments, just switch the gender and decide how you would react if a bunch of men were joking around using a #killallwomen hashtag.

Our response, in both cases, should be the same.

The Best Way to Deal with #killallmen

Most parents and everyone else who’s ever had an annoying child, friend, niece, nephew or coworker will tell you that there’s one surefire way to get them to stop undesirable behavior.

Both Twitter and Facebook have clear “Community Policies” that do not permit hate-based speech against any group based on gender, race, religion, or sexual orientation.

Since #killallmen feminists refuse to take responsibility for their own behavior and stop acting like spoiled children, this is the only viable option.  It will at least give them a clue that the anti-hate rules they claim to support should also apply to them.

Ignoring them leads to hundreds or thousands of women give thumbs up, retweeting these posts and responding with “You go girl!”. Hateful feminists are validated and emboldened. Seeing those Tweets getting deleted by Twitter or Facebook sends a clear message to all their followers that hate speech is never acceptable, regardless who’s doing the hating.

We won’t see results overnight, but on the bright side, bad behavior usually only continues if it goes unanswered.

Never respond vitriol of your own, because this provides the “reaction” for which feminists long.

Yes, men unwittingly do add fuel to the fire by constantly responding, reacting and allowing themselves to get bent out of shape.

But guys, just let it go. Report the hate speech and walk away. Let the site admins apply their rules equally.

Eventually, feminists will realize that they are the very hate they claim to be fighting against.