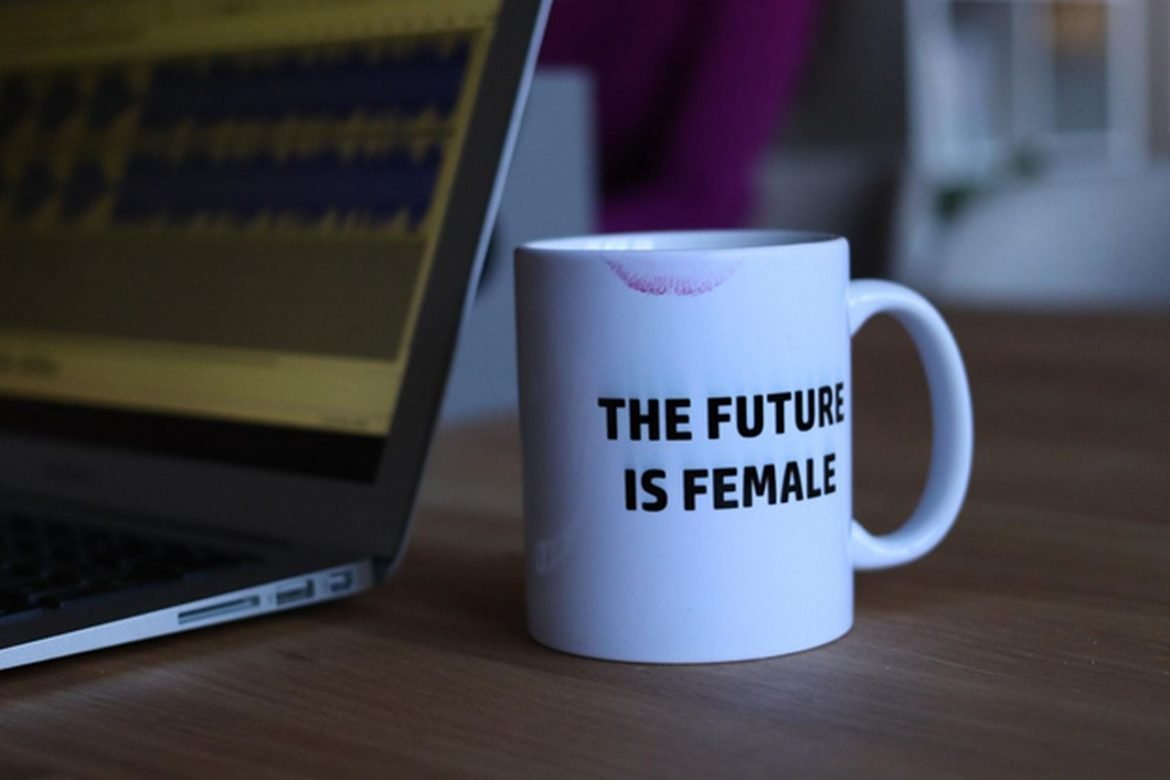 The Violence Against Women Act, or VAWA, claims to fight for equality and solve the epidemic of male violence against women. In reality, it is sexist legislation that isn’t only unsupported by evidence, but also in conflict with available evidence.

It encourages and allows the regular abuse of men, and it should be modified extensively or abolished.

How We Got Here

Due to the lobbying efforts by women’s groups, the original VAWA was created in 1994. It provided $1.6 billion that was used to create the Office of Violence Against Women (OVW) within the Department of Justice (DOJ).

The DOJ and the Department of Health and Human Services (HHS) were then charged with administering grants to states and local governments.

These grants were supposed to address domestic violence and child abuse, create shelters, fund rape prevention and education, and create community programs. It also mandated funding for the study of violence against women – but not men.

According to the Office on Women’s Health (OWH), the reauthorized 2013 version of the law provides the following services and support for victims of domestic violence and sexual assault:

The VAWA was reauthorized in 2000, 2005, and 2013, mostly due to the efforts of groups like the National Organization for Women, the National Task Force to End Sexual and Domestic Violence Against Women, and other women’s organizations.

2015 was the only year when the VAWA faced any criticism, and that was mainly because religious Conservatives disliked proposed expanded protections for homosexuals.

In 2019, the bill was reauthorized, and it included new provisions intended to protect transgender victims. It also banned those convicted of domestic abuse from purchasing firearms. From conception through today, the VAWA has been the product of lobbying by feminists and other women’s groups, and the verbiage of the act reflects this fact.

The VAWA is Biased and Sexist

One quick read of the VAWA reveals that the document is entirely sexist. The VAWA was conceived of, designed, and written into law as a way to only protect women, but not men.

It was created based on the false assumption that men are always the perpetrators, and women always the victims. Indeed, the document itself admits this.

Under SEC. 2001, PURPOSE OF THE PROGRAM AND GRANTS, section (a) GENERAL PROGRAM PURPOSE, it reads:

Under section (b), PURPOSES FOR WHICH GRANTS MAY BE USED, again, the law states that it specifically applies to women:

Grants under this part shall provide personnel, training, technical assistance, data collection and other equipment for the more widespread apprehension, prosecution, and adjudication of persons committing violent crimes against women, and specifically, for the purposes of— (1) training law enforcement officers and prosecutors to more effectively identify and respond to violent crimes against women, including the crimes of sexual assault and domestic violence.

The VAWA also makes it clear that women are the only priority when considering victims of violence – it only ensures that some long-term and transitional housing for victims is gender-neutral – and that’s about the best it does for male victims.

The reality is that most of the programs that the VAWA helps fund are exclusively for women, and any programs for men that do exist are created to indoctrinate men and boys; to teach them how to fix their abusive behaviors.

Here are a few of the grants made possible by the VAWA. These grants are only available for female victims, or are specifically designed to reinforce the myth that men are always the abusers:

There is no “Office On Violence Against Men” or any other male equivalent of the many programs that were funded by the VAWA, which operates under the false assumption that domestic abuse against men never occurs. This is despite the fact that 1 in 4 men experience domestic violence in the United States.

As Phyllis Shlafly said, in her article entitled, “Violence Against Women Act Abuses Rights of Men”, the VAWA:

“… which costs nearly $1 billion per year, is one of the major ways former President Bill Clinton bought the support of radical feminists.”

The VAWA has never been anything more than a political bargaining chip; an acquiescence to the demands of anti-male feminists, in exchange for their votes.

Thanks to the VAWA, anyone in the U.S. can get a domestic violence restraining order, whether or not they have any evidence that domestic violence has actually occurred. As WomensLaw.org points out, emergency orders are available:

“… based solely on your testimony to a judge. The judge can grant this order ex parte (without prior notice to the abuser and without him/her being in court).”

This blatantly violates the right to due process.

Due process was written into the Fifth and Fourteenth amendment as a way to prevent the government from depriving citizens of “Life, liberty or property without due process of the law”, and to make sure that it followed fair procedures.

However, as the Legal Information Institute (LII) states:

… it is not always enough for the government just to act in accordance with whatever law there may happen to be. Citizens may also be entitled to have the government observe or offer fair procedures, whether or not those procedures have been provided for in the law on the basis of which it is acting. Action denying the process that is “due” would be unconstitutional” (LII).

So in other words, just because the VAWA was written into law does not mean that its violations of due process are fair or constitutional.

Suppose, for example, state law gives students a right to a public education, but doesn’t say anything about discipline. Before the state could take that right away from a student, by expelling her for misbehavior, it would have to provide fair procedures, i.e. “due process” (LII).

Making a law that denies due process rights does not make that law constitutional. The only reason the VAWA hasn’t been thrown out for this reason alone is because feminist propaganda via powerful lobbyists has swayed the actions of elected officials.

Not only is due process denied to the accused, but personal  property can be taken based solely on the word of the accuser:

“…you may also be able to get possession of personal property in an emergency order if the judge believes that the abuser would likely get rid of the property if s/he knew you were asking the judge for it or if you have an immediate and pressing need for possession of that property”.

The VAWA has allowed almost anything to be defined as domestic violence. In California, for example, “Abuse means to “… harass, telephone, or contact you; or to disturb your peace or to destroy your personal property. Abuse can be spoken, written, or physical”.

This definition is so vague that a person can easily define any disagreement as “abuse”. As Julie Borowski of Freedomworks says:

The newest version of the VAWA, S.47, contains very vague and broad definitions of domestic violence. A man that raises his voice at his partner, calls her an offensive name, stalks her, causes her any emotional distress, or simply just annoys her can potentially be prosecuted under the VAWA. Calling your spouse a mean name is not advised or polite, but it isn’t the same thing as violence towards her.

A person only need only fill out a form and they’re able to immediately deprive another person of all due process and civil rights. The “perpetrator” will be determined guilty until proven innocent.

One example of VAWA funding doing actual harm is the lobbying to enact state laws requiring mandatory arrest and training the criminal justice system to pursue aggressive enforcement. A Harvard University study of mandatory-arrest laws in 15 states found that they increased partner homicides by 57 percent (Shlafly).

Beginning in the late 1970s, battered women’s activists launched a remarkably successful campaign for states and police departments to adopt laws and policies that encouraged, even required, police officers to arrest in domestic violence cases.

Attorneys are similarly encouraged (and have a financial incentive) to prosecute, and judges routinely make felons out of innocent men.

All of this is made possible by sexist views and traditional stereotypes about domestic violence, like the Duluth Model.

VAWA Should Be VAPA (Violence Against Partner Act)

There is more to criticize, concerning the VAWA. Suffice to say that such blatantly sexist and unconstitutional legislation needs to be repeal and rewritten in gender-neutral terms to protect all domestic violence victims.

As Janice Shaw Crouse puts it, the VAWA is a “boondoggle” which “ends up creating a climate of suspicion where all men are feared or viewed as violent and all women are viewed as victims” and creates a “climate of false accusations” and “hidden agendas” (Crouse).

It replaced a perfectly successful, gender-neutral law with a biased gender-specific law. It was designed to promote extreme, anti-male feminist ideals, and to further promote hatred toward men.

It costs the taxpayers a billion dollars a year, and was created based on a lie; a “radical feminist fairy tale” that lacks “even a shred of truth” (Shlafly).