Home Sexism Why are Sexist Jokes About Men Tolerated?
Sexism 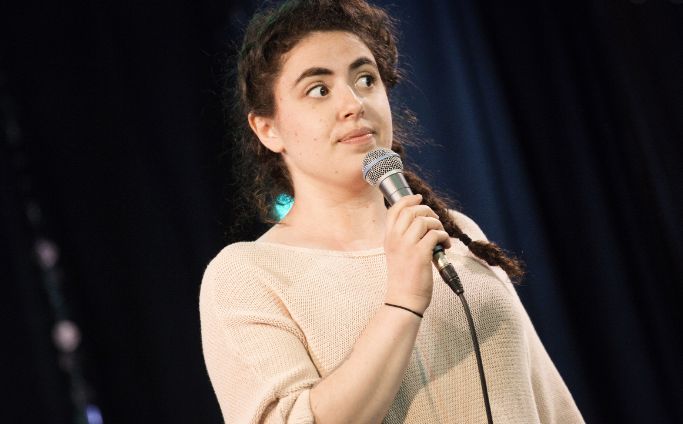 Sexist jokes have been around for ages, with both men and women finding themselves as the targets of discriminatory humor that is offensive and sometimes downright vulgar.

The significant difference is that as a society,  we’re conditioned to be offended by jokes that disparage women, but not ones that criticize men. It has become a well-known double standard. Somewhere along the line, men have become acceptable fodder for sexist jokes and memes.

The passive attitude regarding sexist jokes against men isn’t a rarity. We see it regularly on social media, television sitcoms, and comedy performances. We see and hear women make jokes about men that would provoke outrage if the gender roles were reversed.

Examples of sexist humor at the expense of a man can be found throughout popular entertainment – even animation. In the T.V comedy, “The Family Guy,” the character Peter Griffin is portrayed as an obese, heavy drinker of below-average intelligence who regularly mistreats his wife and kids. The show remains well-liked despite the crass nature of many of the storylines, but the reality is that the depiction of Peter Griffin is sexist in and of itself. If a woman were portrayed in this way, there would surely be much more objection.

Sexually objectifying women in the name of humor is generally frowned upon, but when a storyline pops up on television shows with the gender roles reversed, it’s somehow condoned. On an episode of the show Friends titled “The One with Rachel’s Assistant,” Rachel hires a male assistant named Tag because she is attracted to him, even though he has no relevant job qualifications.

In subsequent episodes, Rachel is shown smelling his shirts, is blatantly possessive of him around female co-workers, and becomes upset when her friend Joey uses him as a wingman when going out on the town.

Imagine how unsettling this would be if the gender roles were switched, and it was a male boss and a female employee. It wouldn’t be seen as humorous, but rather grounds for sexual harassment. The boss would be viewed as a “creep” and his behavior highly offensive.

The comedy circuit has a long history of double standards when it comes to sexist jokes. Comedians like Wanda Sykes routinely use men as the butt of sexist jokes, but when comedians target women, the reaction is typically quite different.

Stand up comedian Kevin Hart has received a lot of backlash for using words like  “bitches” and “crazy” when referencing women in his comedy routines. In 2017 he landed in hot water after a Saturday Night Live monologue. He praised the father’s role in a child’s life as being “responsible for all the fun” and proceeded to downgrade mothers to nothing more than caregivers.

Men aren’t the only ones who are criticized for making sexist jokes about women. Michelle Wolf was also slammed on social media for being sexist and “anti-women” after roasting Sarah Huckabee Sanders at the White House Correspondents Dinner in 2018.

The Evolution of Sexist Jokes

Going back to Biblical times, it was perfectly acceptable for men to belittle women. Before women’s rights and liberation came into play, women were often the butt of sexist jokes – one only needs to watch a few Rodney Dangerfield clips to see just how terrible women were talked about in comedy.

More recently however, things have gone so far in the opposite direction that no one today – men or women – takes kindly to any insulting jabs that target women, even if they are meant to be in jest or even not terribly offensive.

Another recent example of how we’re conditioned to be so offended by jokes targeting women is the fallout from the #metoo movement. The movement against sexual abuse and sexual harassment, primarily of women, brought global attention to how many women are treated.

It also paved the way to modern “cancel: culture. Now that women feel even more empowered to speak out about mistreatment, any sexist jokes at their expense can result in a very public outcry and widespread condemnation. There is currently no excuse for making sexist comments about women.

The Hypocrisy of Sexist Memes

Sexist jokes on social media often get a very different reaction when a man is the target. If a man makes a joke about a woman, he is labeled a misogynist and often called a “pig.” When a woman jokes in the same manner about a man, the result is usually lots of virtual high-fives and validation.

Take note of the difference in likes and retweets between these two jokes shared on Twitter:

One of the most common types of sexist memes floating around the interwebs is the marriage memes. There are entire pages dedicated to memes insulting men through sexist humor, and husbands are usually the target. The husbands are typically characterized as being :

What would the reaction be if the script were flipped and the meme insinuated that a wife was incapable of doing the simplest things without her husband’s help? Or if the meme showed a half-naked woman doing yard work?

Why are people ok with these sexist jokes and memes when aimed at men and not at women?

Many sexist jokes aimed at men are accepted because, most of the time, no one speaks out about them. The reasons for this are varied. Men may not want to make a big deal about it for fear of being labeled overly “sensitive” or “whining”.

Women often feel justified in making these jokes about men because, to them, it’s a way of getting square with stereotypes that have been used to marginalize women in the past.

However, nothing is empowering about becoming a sexist yourself. Those who genuinely believe in equality don’t try to gain a one-up position when it comes to sexism; instead, they promote equal treatment and respect for everyone.

The Female Narcissist: Sign’s to Look Out...