Why Do Men Cheat? Often it’s a Psychologically Abusive Wife 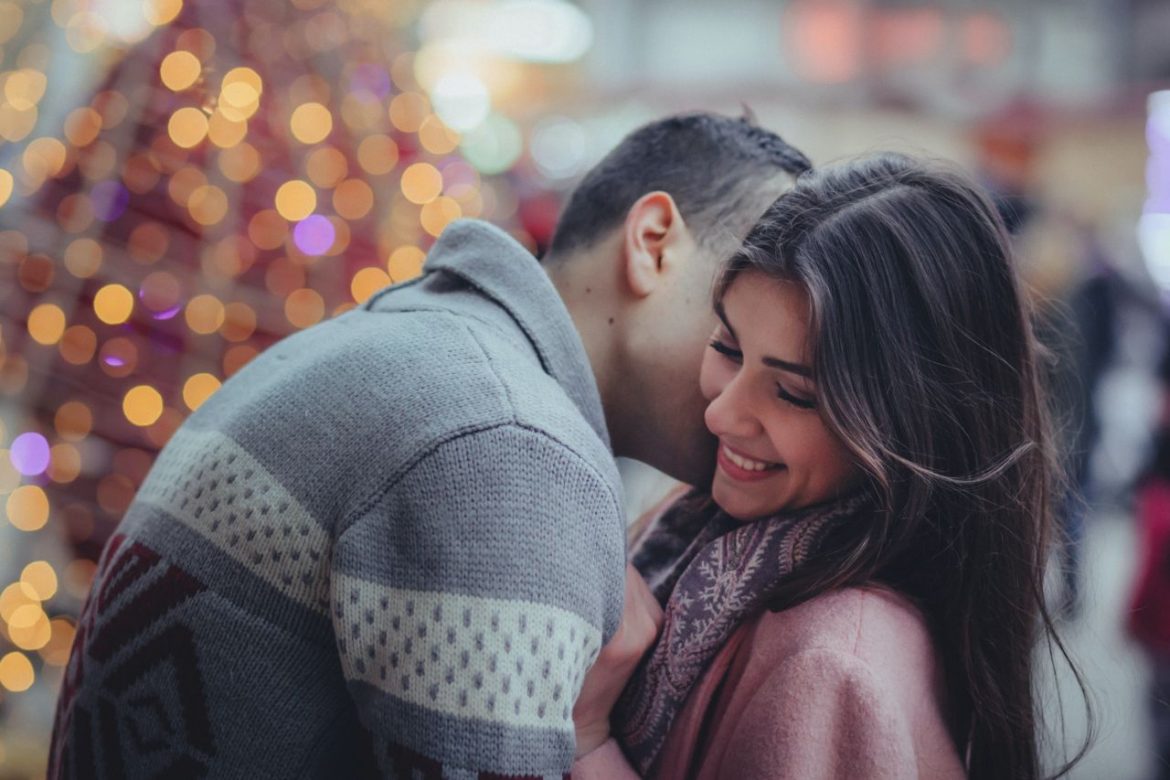 “We are taught you must blame your father, your sisters, your brothers, the school, the teachers – but never blame yourself. It’s never your fault. But it’s always your fault, because if you wanted to change you’re the one who has got to change.” -Katharine Hepburn

For a long time, we’ve heard that infidelity is abuse.

Almost on instinct, we focus on the aftermath, the guilt, and the hurt feelings that cheating causes. It hurts the children. It destroys your partner’s trust. It sounds like a terrible thing.

And when we attach an image to this selfish act, it’s easy to feel compassion for the innocent mate. We feel the urge to shame the guilty mate.

We associate cheating men with philandering smiles, false flattery, and dishonest apologies. Maybe we even associate notorious movie characters and other negative imagery with cheating men.

But when we change the image slightly, we start to think of this “shocking and selfish act” a little differently.

When someone you’re predisposed to like as a person cheats, then you might initially think, There’s got to be more to the story than they’re telling us.

Especially if the unfaithful partner is a woman.

Whoah, wait a second. Did we just call her an “unfaithful partner”?

How much easier is it to call the unfaithful guy a “cheating man?”

Why is it that society insists on calling men “cheaters”, but always seems to examine and excuse a woman’s complicated emotional journey into the act of cheating?

The Culture of Cheating – Then and Now

Contrary to what you may believe, men are not overwhelmingly more likely to cheat than women. The comparisons suggest men only have a slight lead. According to a 2021 infidelity survey by the Institute for Family Studies, 20% of married men admitted to cheating, while 13% of married women did the same.

A survey called “Truth About Deception” reported that 67% of men reported cheating on their wives more than once, versus 53% of women.

While this data might not seem all that shocking, consider that in 2006 the gap between male and female cheaters had men at an almost 50% higher infidelity rate, so within the last 20 years, we’ve seen women “catch up” to men and the gap become smaller.

Sex and Gender Roles May Play a Part

But there’s another interesting statistic. About 39% of unfaithful men were caught, compared to 48% of women. Women were at a disadvantage of keeping infidelity a secret, at least statistically, because they get discovered more often. Getting caught forces a confession, which directly affects the survey results.

The ramifications of adultery for women can be harsher. In some instances, an unemployed mother may lose her financial support, or risk the loss of her children. In some other countries, adultery is even grounds for death, such as Iran, Maldives, Pakistan, Saudi Arabia, United Arab Emirates, and others.

It’s reasonable to conclude, then, that the gap between the sexes is not an overwhelming majority. Both sexes have the same opportunity and capacity to cheat. All genders have been known to cheat. Statistically, most people are monogamous and even prefer divorce to cheating.

So pointing the finger at all men as some kind of dog-like sub-creature that can’t control their lust is absurd and juvenile.

(And colloquially speaking, why are dogs associated with cheating when canines tend to be loyal for a lifetime?)

Maybe the problem is that historically speaking, infidelity was always a “secret sin” and treated as such a generation ago. Protecting a person’s reputation in the public eye was more important than shaming whoever was at fault.

Men were husbands, fathers, career professionals first. A man’s mistress wasn’t anyone else’s business…except for the pastor or the cop who had to hear the secret confession as a side note. And even then, it was usually covered up. Why hurt the family? Why cause a scandal? Maybe the husband just needed to end the affair and “do the right thing.”

Likewise, a woman juggling a career and a home life didn’t always have the luxury of divorce either. Divorce was “shameful.” Infidelity, on the other hand, was just a problem to deal with, no more rare in the 1950s than it is now.

But a lot of people did it, and protecting the name of the person you loved from getting well, #canceled was a big deal – yes, even 50 years ago, before Twitter and Facebook.

But somewhere along the way, American culture decided that a man’s LUST was a major character flaw and his failure to channel it in the proper way was an act of abuse against his partner.

It became not a secret to protect, but a crime that must be reported to the worldwide community. This was a story, a headline, that needed a villain worthy of public shame.

But when did society lose sight of the fact that infidelity is just a predictable human consequence, with many different factors to consider, and not just a headline story of good vs. evil?

For that matter, when did society forget that both men and women are more likely to cheat if they feel they’ve been abused and neglected in their marriage? Isn’t that the real story to pursue instead of old-fashioned sexism?

Why They Say Men Cheat

Here’s a good example of why we’re told men cheat.

While these reasons are not necessarily incorrect in all cases, we do see how they skew towards a feminist view of cheating, and not an egalitarian view of infidelity.

Let’s relist some of these common reasons (often stated in women’s magazines) for infidelity and see if they feel any different from an opposite perspective.

So you can see common factors around good vs. evil. Or simply, a clash of two strongly opposed attitudes and feelings.

But what about abuse specifically? Do we tend to hold an abused or neglected person accountable for infidelity? Or do we naturally make excuses for them?

Who’s At Fault? It Depends On Who You Like More

Besides the most obvious factors, a few common reasons for infidelity have become common knowledge. When the “innocent” mate is abused, a natural consequence is infidelity.

In all of these instances, cheating sounds forgivable. The abusive husband is considered at fault for neglecting and abusing his partner in the first place.

But, as an experiment, let’s reverse the roles. Is the man now the victim or the abuser?

These comparison lists are not intended to illustrate the differences in male vs. female perceptions. Sure, the “spin” does play some part in it. But the greater issue is…

We should recognize that abuse is abuse, regardless of who is dishing it out. And yes, psychological abuse and dysfunctional relationships very often lead to infidelity.

A Correlation Between Abuse and Infidelity

According to the National Domestic Violence Hotline, abuse is unisex. It’s the same thing, regardless of gender roles and consists of the following:

Are we saying that women are worse abusers than men? Of course not.

But we’re not the first to say that male victims of abuse are often laughed at, ignored, insulted, and gaslit – not just by their abusers, but even by society as a whole.

Many people still can’t fathom the idea that a strong man can still be victimized psychologically and emotionally by a woman – and all the more so, by a woman that he loves.

Perhaps this was the one major criticism we egalitarians had with the popular novel and movie Gone Girl (2014). While it did show that women are capable of emotionally abusing men, it didn’t quite teach the reality of abuse in marriage.

Abusers are usually not monstrous psychopaths that get away with murder. Those are by far the minority.

In most cases, abusers are ordinary mothers, wives, daughters, just the same as they are fathers, husbands, sons. They are complex and likable people who just happen to be abusive in intimate relationships. One partner dominates the other one and the marriage slowly crumbles – until someone has to escape. Sometimes that “escape” is infidelity. These truths are regardless of gender.

Studies show overwhelmingly that emotional abuse, or intimate partner violence, is just as damaging as physical abuse. In fact, not only does abusive behavior worsen over time, but it also causes physical ailments in the victim as well as vulnerable states of mind: like loneliness, low self-esteem, depression, anxiety – the same attitudes that open a partner up to cheating in the first place.

The most interesting finding in the study is that men can be victims of intimate partner violence, and that men were just as likely to report complaints of emotional abuse as women – whether or not those complaints were taken seriously.

Cheating and the Blame Game

It’s time to be a logical and more egalitarian society that doesn’t view cheating as an outright evil or purely selfish thing to do – especially if these judgments are based on nothing but gender.

Sometimes life is just complicated. Relationships and circumstances are very complicated. If 50% of all marriages fail, are we really so scandalized at the thought of infidelity happening to someone you know?

Or is it possible that too many people are itching to blame someone for every social faux pas they hear about?

In a perfect world, the coffee klatsch of gossipy neighbors might even conclude that someone’s infidelity is no one’s business but the people who are married to each other.

Will Smith: The Slap; and the Scapegoat of Masculinity and Race

Will Smith Teaches Us a Lesson on Double Standards

What Is Equality Under the Law and...